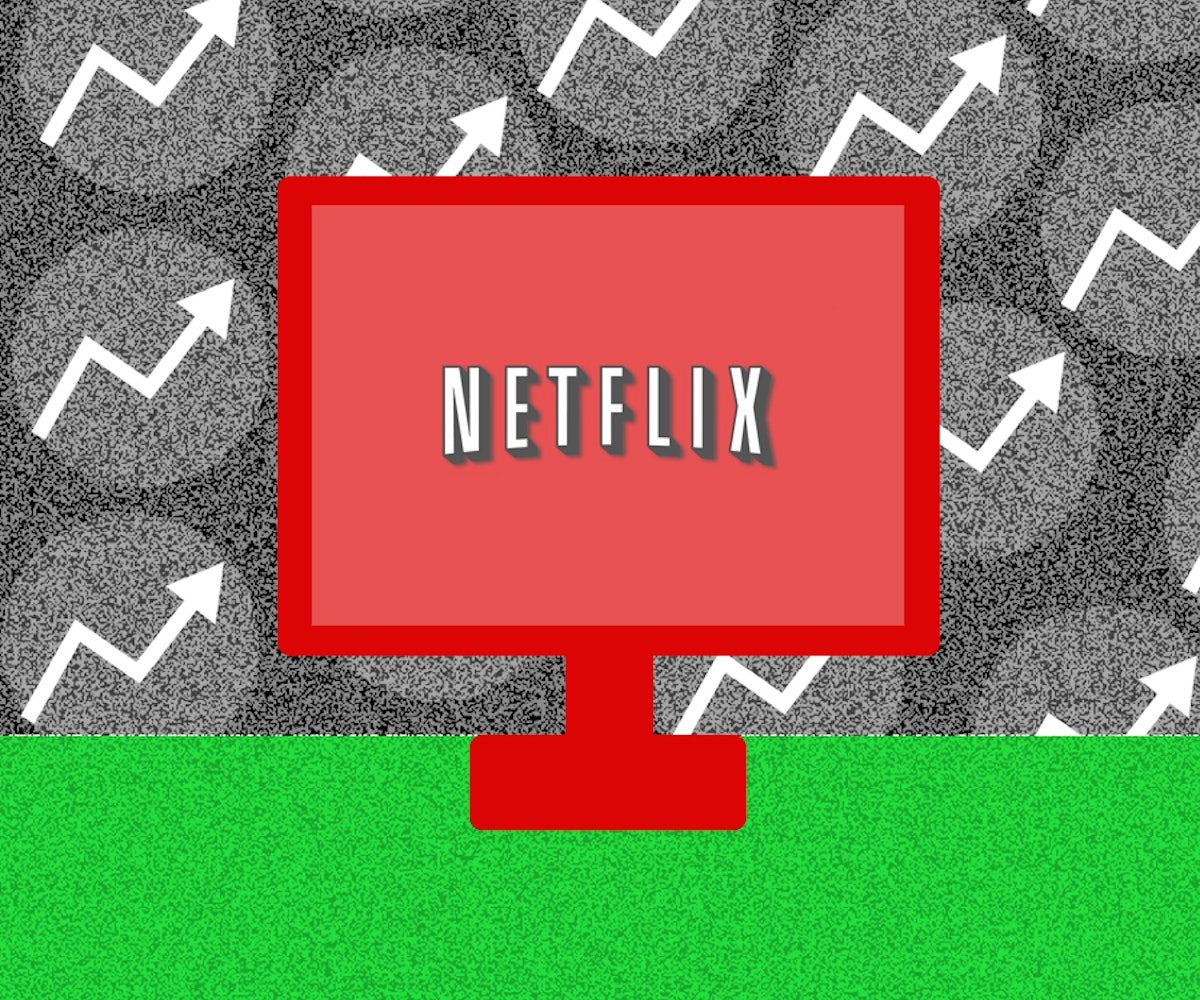 Starting in May, the price for a month of Netflix will be going up for millions of U.S. subscribers. Specifically, those currently paying the old $7.99 rate will soon have to cough up $9.99 to see House of Cards, Orange Is the New Black, and, yes, Hemlock Grove.

Okay, sure, a $2 raise doesn’t sound like a lot (and really, it isn’t). Then again, Netflix has suddenly made their service 25 percent more expensive. Seems a little more dire when you look at it that way.

Whatever the increase, this is not so much a matter of money, but one of spirit. See, technically speaking, this isn’t a new rate at all. Rather, the streaming service simply made it so that the 37 percent of subscribers grandfathered into the old rate will have to pay the same as new subscribers. As Yahoo reports, that’s about 17 million Americans.

As one of those Americans and a very early Netflix streaming subscriber, I can tell you that losing out on the old rate does sting a bit. I, like many on Twitter today, always looked at the lower grandfathered rate as a reward for supporting the service when all it offered was C-grade films and D-grade television. Yeah, that’s a little haughty and privileged, but there you have it.

But then again, it’s hard to cry about it. After its humble beginnings, Netflix has become a source for the best television and movies that, in many ways, surpasses HBO. Just for comparison, a subscription to HBO’s new HBO Now untethered service is $14.99 a month and Amazon Instant, which lags behind Netflix in original programming, is $8.25 a month (though that comes with Amazon Prime delivery). It seems to be just another sign that Netflix—which only debuted streaming in 2008 and its first original show three years ago—has grown up quite quickly.

NEXT UP
Culture
The SAG Awards 2023 Nominations: The Complete List
Culture
Here Are The 2023 Golden Globes Winners
Culture
The Biggest Revelations From The Price Of Glee Docuseries
Entertainment
See a First Look At Marisa Abela as Amy Winehouse In "Back to Black" Biopic