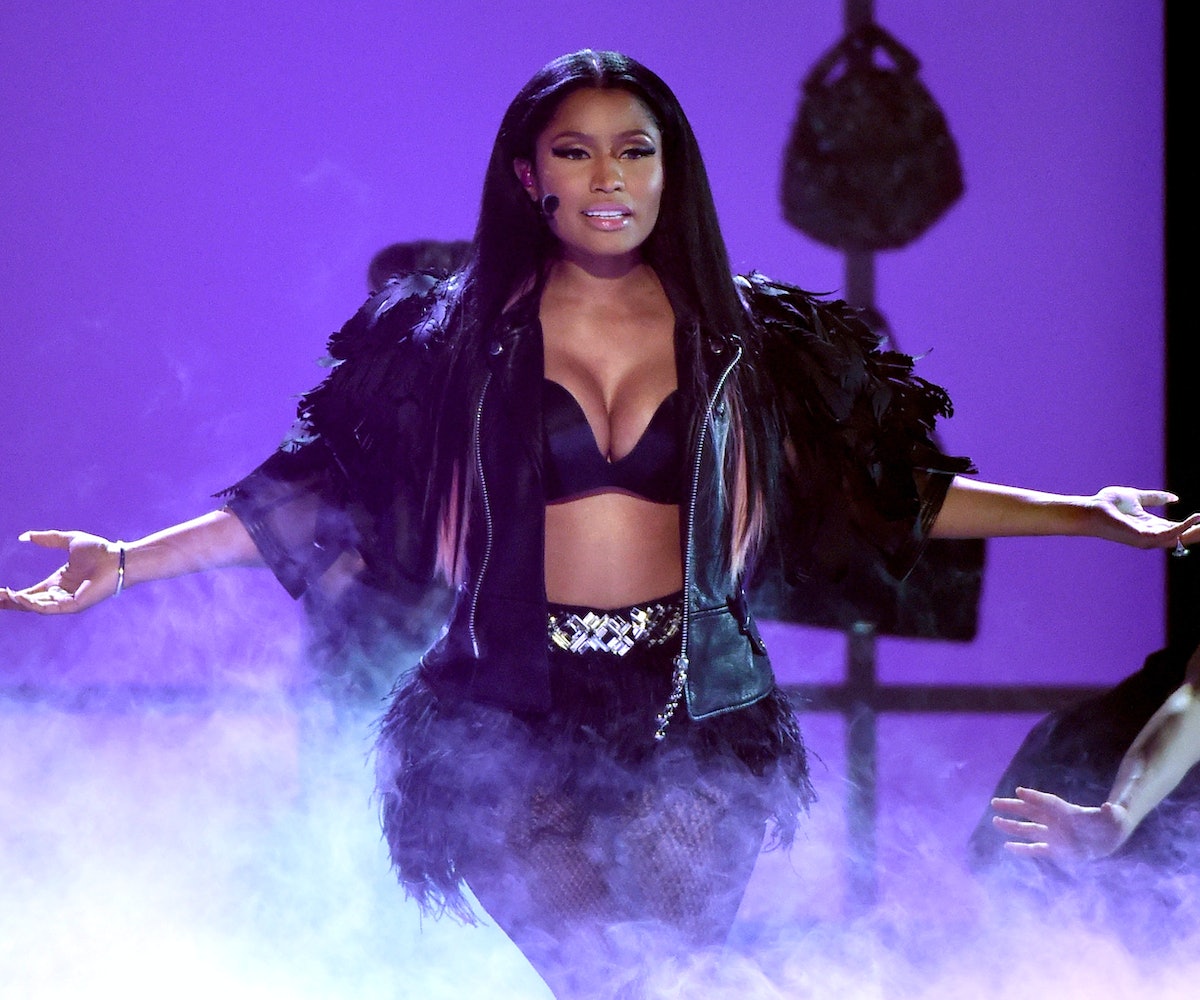 Photo via Ethan Miller/Getty Images
by Elena Sheppard
May 13, 2017

Last weekend Twitter was atwitter as Nicki Minaj came to the aid of fans, helping them to pay off their education-related debts. "Show me straight A's that I can verify w/ur school and I'll pay it," she wrote. "Dead serious." And dead serious she was. After she agreed to help dozens of people who tweeted at her, this week the verifications that she came through started to roll in.

Now, the "queen of rap" has announced on Instagram that this won't be the last time she'll do this, making these generous payments into a regular thing. "Ill do another impromptu payment spree in a month or 2 but pls know that I'm launching my official charity for Student Loans/Tuition Payments VERY SOON!" she wrote on Instagram along with some notes on what she paid off for fans last weekend. "You'll be able to officially sign up! I'll keep you posted!"

This is not the first time Nicki has done what she can to help fans finish school. Back in 2011 she lent her voice to the charity Get Schooled, recording wake-up calls for students to help them get up and make it to class in the morning.

This woman is serious about helping fans reach their educational dreams. And if we've learned anything this week it's that Nicki Minaj is definitely a star you want in your corner... and you should probably follow her on Twitter.

NEXT UP
Entertainment
Nicki Minaj Was The Biggest Grammys Snub & 6 Other Takeaways
Culture
Not One, But Two BTS Documentaries Are Coming
Entertainment
20 Spiritual Gift Ideas For An Aspiring Witch
Fashion
Reformation & Canada Goose Team Up To Warm You Up