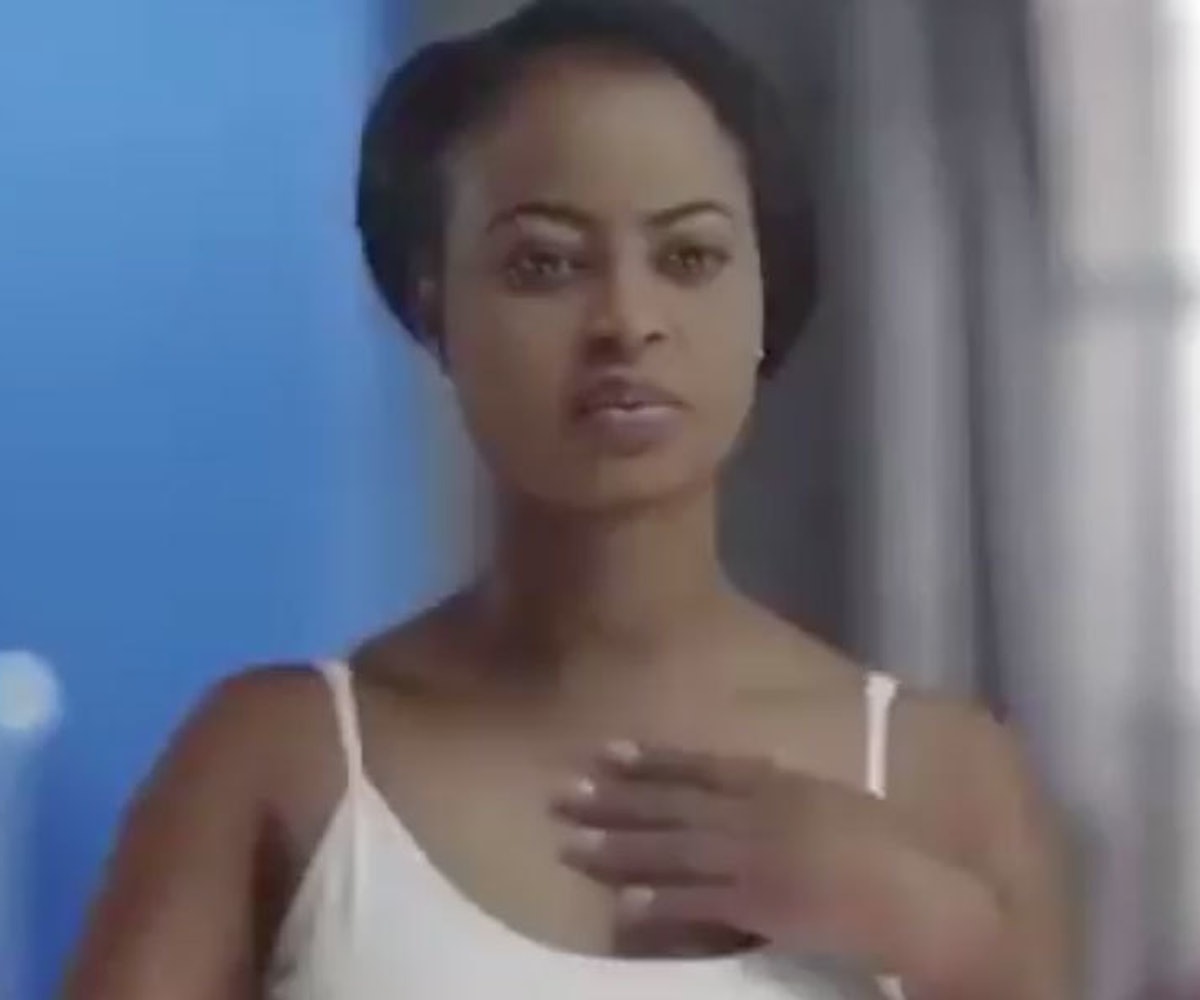 A couple of weeks ago, Dove released a racist ad campaign that got rightfully called out for being just that. Now, another beauty brand is in hot water because apparently, it doesn't like to learn from the mistakes of others?

A recent Nivea commercial aired across Africa that shows a black woman distraught and in the need of a product to restore her skin's “natural fairness.” When she applies the lotion to her arms and legs, her skin becomes lighter. “Now I have visibly fairer skin, making me feel younger,” she beams. A happy customer! Well, many didn’t find anything to celebrate after the ad made its way onto social media.

For one, the idea that darker skin is somehow not as beautiful as “fairer” skin promotes a troubling anti-blackness message. One Twitter user based in Ghana took a picture of a billboard promoting the product and wrote alongside it: “We love our complexion the way it is. And if you don’t take these down. We will.”

This isn’t the first time Nivea’s gotten in trouble for an in-poor-taste ad. The brand pushed a “white is purity” campaign just this April. It put out another offensive one back in 2011. And yet, this probably isn’t the last time we’ll have to write about another tone-deaf commercial from them or another beauty brand. Why? Well, because the business of skin-lightening is profitable.

According to the Global Industry Analysts, in 2009, skin lightening was a $10 billion industry, and that number is expected to more than double by 2020. Ironically, Ghana is one of the countries making efforts to push back against the industry, by banning hydroquinone, a chemical in many skin-bleaching products. While the demand for lightening products is led mostly by Japan, they are also popular in parts of Africa, the Middle East, the Caribbean, and Latin America—all places where white people aren’t the majority.

Colonialism plays a big part in the skewed idea that white is better, as Scaachi Koul outlines in her BuzzFeed piece “Some Of Your Fave Skin Care Companies Sell Skin Lightening Products.” And the fact that brands continue to create these products and promote these campaigns only helps to reinforce it. Damage isn’t just done psychologically but also, in some cases, physically. One way to stop the vicious cycle is to hold brands accountable. As model and activist Munroe Bergdorf outlined in a recent Instagram post, “making money out of making people hate themselves is never acceptable,” and we, as consumers, should never stand by idly while it happens. Brown skin is beautiful and should be celebrated, not disparaged.