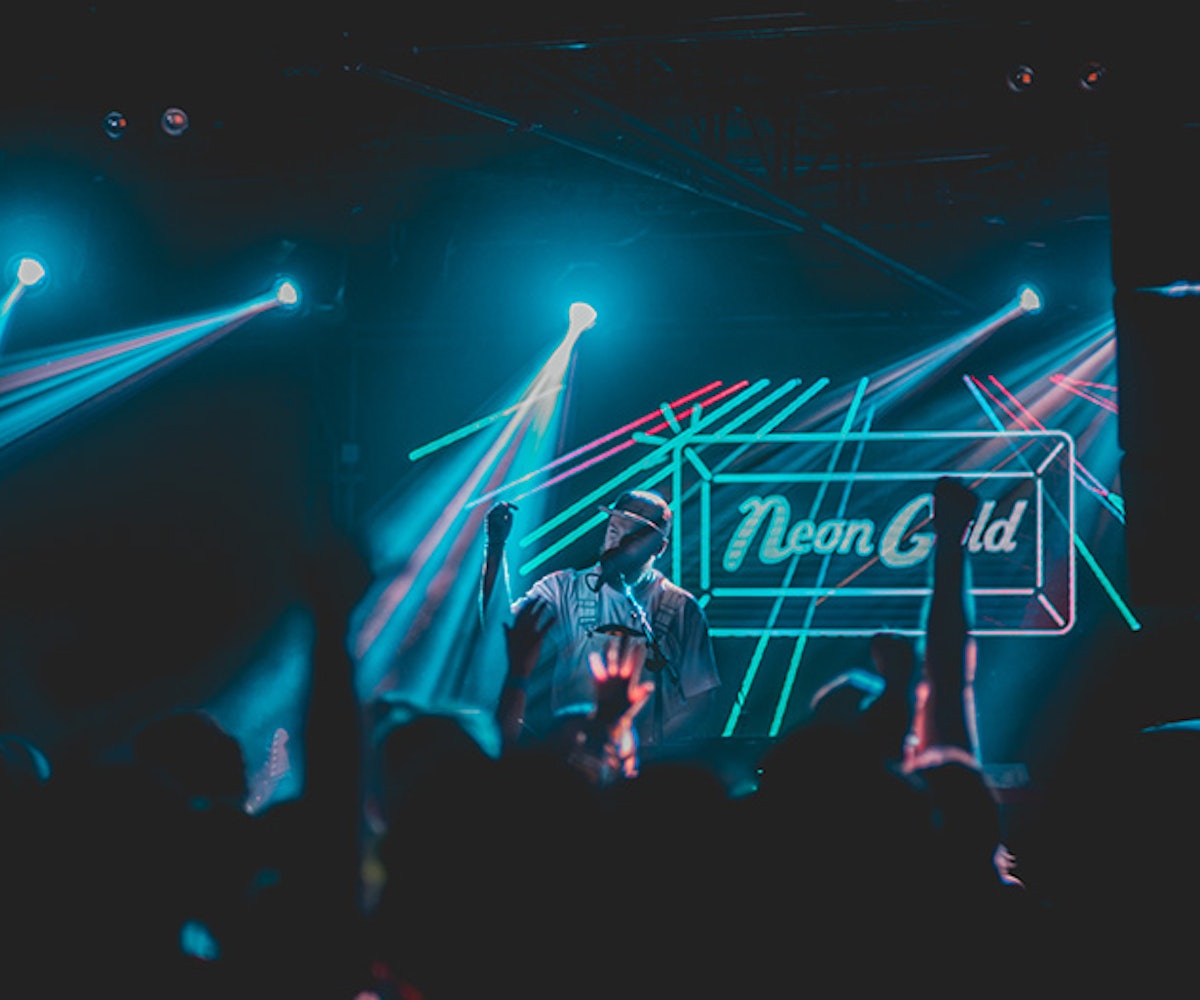 A lot goes on during SXSW. Like, so much so that no matter how many things you RSVP to, it's impossible to attend them all. We happened to throw not one, but three epic events this year. We've already brought you inside our SXstyle blowout. Not a week later, we took over Vulcan Gas Company with Dream Hotels VIP at The Fool’s Gold Showcase. With Austin's East 6th Street already poppin', the mood inside was lit way up. The following night, we partnered with Neon Gold Records for its Neon Golden Showcase. Though a massive thunderstorm threatened to shut the party down, the Empire Control Room & Garage managed to make it work—even after the rain re-opened the outdoor stage. (Thank them architects for that one indoor stage, right?) Check the gallery below to relive the madness and magic. Leave it to SX to keep it weird.

Oscar and the Wolf.

Honestly, so happy to see a sea of faces (mostly) not glued to their phones.

Vallis Alps, y'all. Get into it.

We see your Solo cups and raise you some fancy ones.

Ladies, gents, and everyone in between, Jack Garratt.

Talk about a showcase.