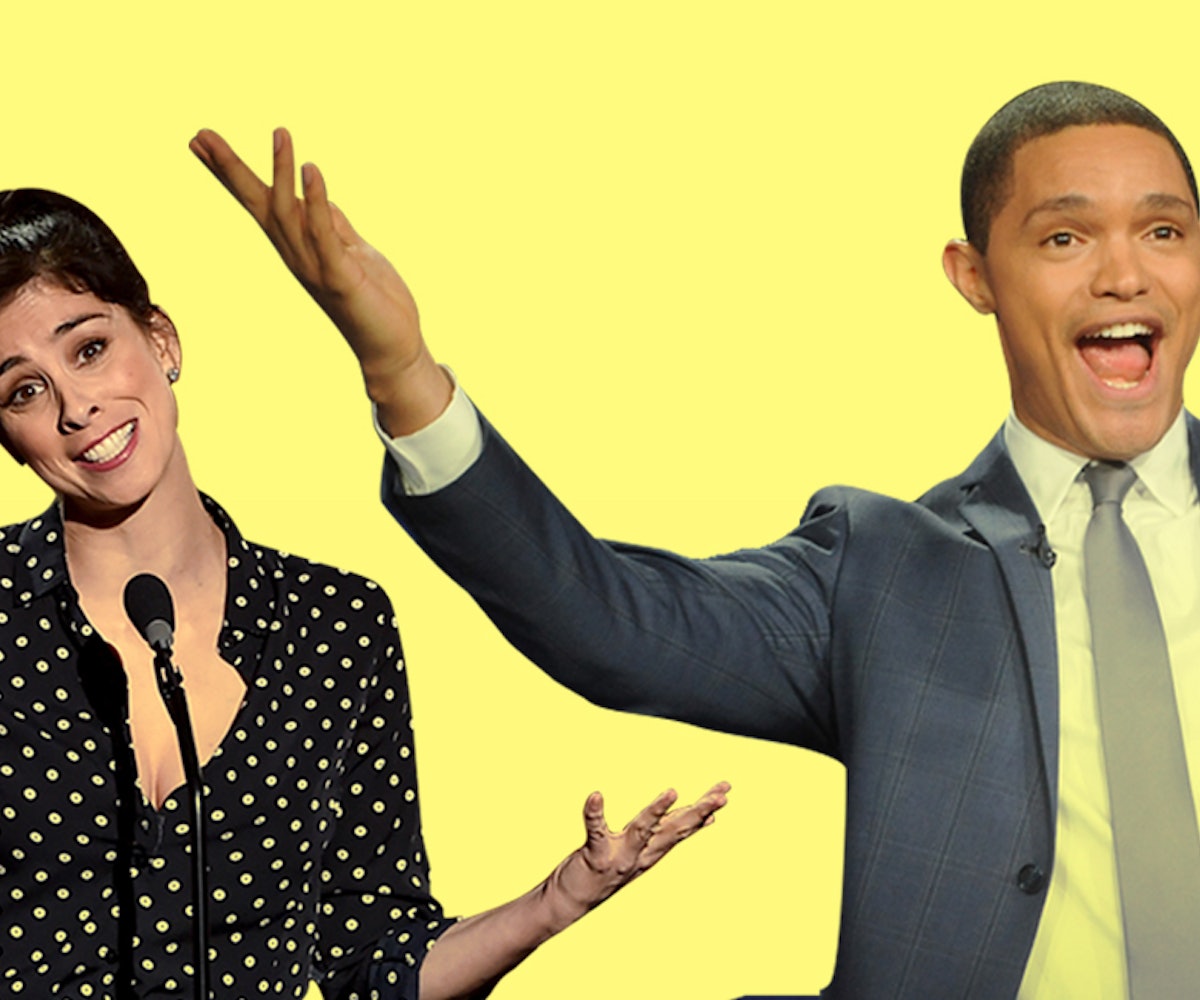 Let's go back for a minute to November 2016: What was supposed to be a month of victory for women and marginalized groups quickly morphed into a terrifying and vulnerable time for anyone other than straight, cisgendered white men. I’m sure we all remember where we were when we saw the polls topple toward Donald Trump, as something few people I knew expected to happen actually happened. This month was probably the worst month of my life, and it sent my emotions into a downward spiral.

To some people, my sensitivity to Trump's election and all it has wrought makes me oversensitive—a "snowflake." This, anyway, is only one of the many chosen "insults" conservatives have thrown around to deride people who care about representation and social justice. Maybe I am sensitive—a snowflake—but I really couldn’t handle much of anything after the 2016 presidential election. This quickly led to a collapse of my academic and social lives. I could barely leave the house unless it was absolutely necessary, and it was really hard for me to concentrate on anything other than the updates coming from the White House (or Mar-a-lago) for long enough to study for my finals. When I could peel my eyes from the news, my fear for the future and my anxiety about what might be happening was still there.

We now know that Trump’s presidency is actually messing with some people’s mental health, but at that point, I didn't know what was wrong with me, just that I compulsively needed to read the news, even though it sent my emotions into a spiraling mess. So while my mental health was suffering, I was certain it was worse for me to be uninformed than for me to be emotionally sound. I felt the need to click on every taunting notification from The New York Times, even as my sanity fought against it. It felt like there would never be a break.

But then I found that break in what felt like an unlikely place: comedy. Political satirists and comedians such as Chelsea Handler, John Oliver, and Trevor Noah relayed news in a way that did not ignite my fight-or-flight response. Even though news from the White House had me questioning which marginalized group was going to be discriminated against next, and sent me into a heart-pounding terror for the future of this country, with these news shows, I could still get vital information, but in a way that kept me from feeling the weight of the world on my shoulders. It was the perfect balance.

And though the OGs of 21st-century political comedy, Steven Colbert and Jon Stewart, have gone on to different platforms than those they held during the Obama and Bush administrations—Stewart left The Daily Show before all of this started, and Colbert traded in The Colbert Report for an arguably less political spot on The Late Show—they are still actively vocalizing their disdain for the current political climate. Noah, who has replaced Stewart at The Daily Show, has fared incredibly well in the recent times, especially amongst millennials, by choosing not to engage with negativity and instead focusing on an upbeat and funny way to talk about politics, which is an incredible feat. Even the "Weekend Update" portion of Saturday Night Live and Late Night with Seth Meyers give a strong no-bullshit approach to our current government, in a way that is engaging and humorous while not glossing over the facts. Jimmy Kimmel had mostly been apolitical throughout his career, but he, too, used his show's power to advocate against the horrible Republican health care plan to great effect.

Perhaps more than any other political satirist, Oliver uses his once-weekly Last Week Tonight in a highly informative and digestible fashion (and it’s also a repeat Emmy winner, so there’s that). Clips from his show often serve to shed light on corruption in an institution, whether we are aware that that specific system is messed-up or not.

While the aforementioned comedians are longstanding political satirists, who have made their careers out of studying and following the news, this current political climate has also led to comedians whose work did not previously revolve around politics to make a switch and use their platforms for political awareness. Sarah Silverman’s Hulu series, I Love You America, shows her traveling around the country and spending time with people in red state communities. These encounters are hilarious (Silverman is particularly adept at making laugh-out-loud funny, immature jokes), but also shine a light on what we were and still are missing: an understanding of the "other side."

Handler’s Netflix show, Chelsea, does something similar, bringing attention to the important topics. She often brings in people who she doesn't agree with, as well as scientists and researchers who have deeper understandings of issues the layperson might not know much about. Recently, though, Handler has decided to cancel her own show and join forces with Emily’s List, so that she can help women get into government office.

Rather than serving as a 30-minute pause from real life to laugh at all the stupid things that this administration is doing, comedy shows allow people to engage with the news in a humorous way that does not automatically discredit it or paint it as unimportant or inconsequential. These hosts are very aware of the fact that the media can influence the way people think, how they interact with the news, and they use their platforms to present us with information about what is happening, without paralyzing us with fear or forcing us to resign to the fact that there’s so much bad happening that we can’t possibly do anything about it.

There’s a power in making fun of what’s going on. It shows that the situation doesn’t have its grip on us—even if we are scared, debilitated, and stressed on the inside. In fact, interacting with the news in a humorous way brings with it a new edge. And it's getting us through whatever the hell is happening in America right now, and that's nothing to laugh about.