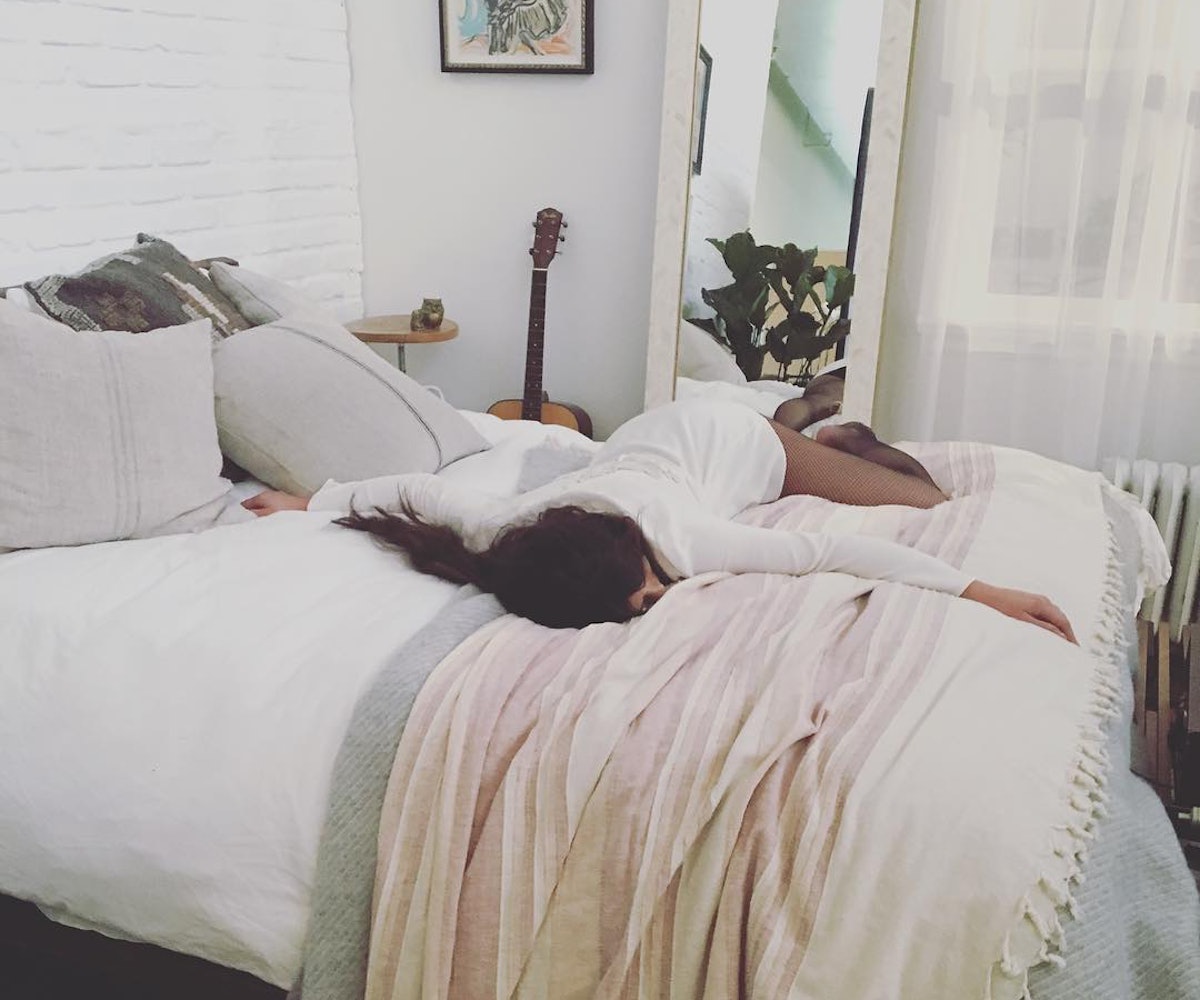 We keep vowing to stop talking about how tired we are all the time, except that we’re so tired that our fatigue is all we can think about. If you’re likewise suffering from low energy and feel like you could really benefit from a kindergartner’s sleep schedule, it might be time to get serious about investigating potential causes. Here, a place to start—seven medical reasons you might be boring everyone to tears with talk of how tired you are.

We had never heard of candidiasis until it happened to us, at which point a lot of women we know came out of the woodwork to admit that they, too, suffer from the condition. Read about its causes, symptoms, and treatments here, as well as the surprising things that caused it to happen to TZR staffers here and here.

We don't know what we'd do without Gwyneth Paltrow around to solve our many nuanced health mysteries. It was she who first brought our attention to something called adrenal fatigue, and we've been taking Goop's "Why Am I So Effing Tired" supplements to fix the issue ever since. Here, everything you need to know about this energy-busting phenomenon.

Anemia describes a lack of red blood cells, which carry oxygen from your lungs to your cells. It can be caused by some serious conditions but is most likely the result of iron (or other vitamin) deficiencies, especially in women of childbearing age. Your doc can easily test you for anemia to rule it out as a cause of your fatigue and, if the tests come back positive, it's also fairly easy to treat.

If you go to your doctor complaining of fatigue, the first thing they will likely test is your thyroid gland to see if you suffer from hyperthyroidism or hypothyroidism. If you are a woman in your 20s or 30s, the former is the more likely culprit; if you're in your 50s or older, it could be the latter. Either can be tested via blood work—read more information here on how to ensure you're getting the most comprehensive thyroid tests done.

Obviously, insufficient sleep can cause fatigue. If you're an adult between the ages of 18 and 64, it's recommended that you sleep between 7 to 9 hours per night at minimum. Remember, the quality of sleep is important as well, and high-quality sleep has been defined as inclusive of the following: sleeping for at least 85 percent of the time you're in bed, falling asleep in 30 minutes or less, waking up no more than once per night, and being awake for less than 20 minutes throughout the night after initially falling asleep. Dietary habits, such as alcohol consumption, can disrupt sleep quality, as can disorders like sleep apnea or insomnia.

If you, like us, have had every test come back "normal" and yet still feel exhausted all of the time, it might be worthwhile to try functional medicine as a means of adjusting your diet and other factors that may be affecting your energy levels. That said, some people suffer from an incurable mystery disease called Chronic Fatigue Syndrome, which might be a viable diagnosis for you if nothing else presents. Read about it in-depth here.

Another possibility for those who have ruled out physical conditions as causes of their fatigue is that they're suffering from depression. The two—fatigue and depression—often exist in a "vicious cycle," complicating diagnoses. If your blood work and other tests come back normal, it might be worthwhile to see a psychiatrist for an assessment as to whether or not depression or other psychological disorders (e.g. anxiety) could be directly or indirectly causing your fatigue.