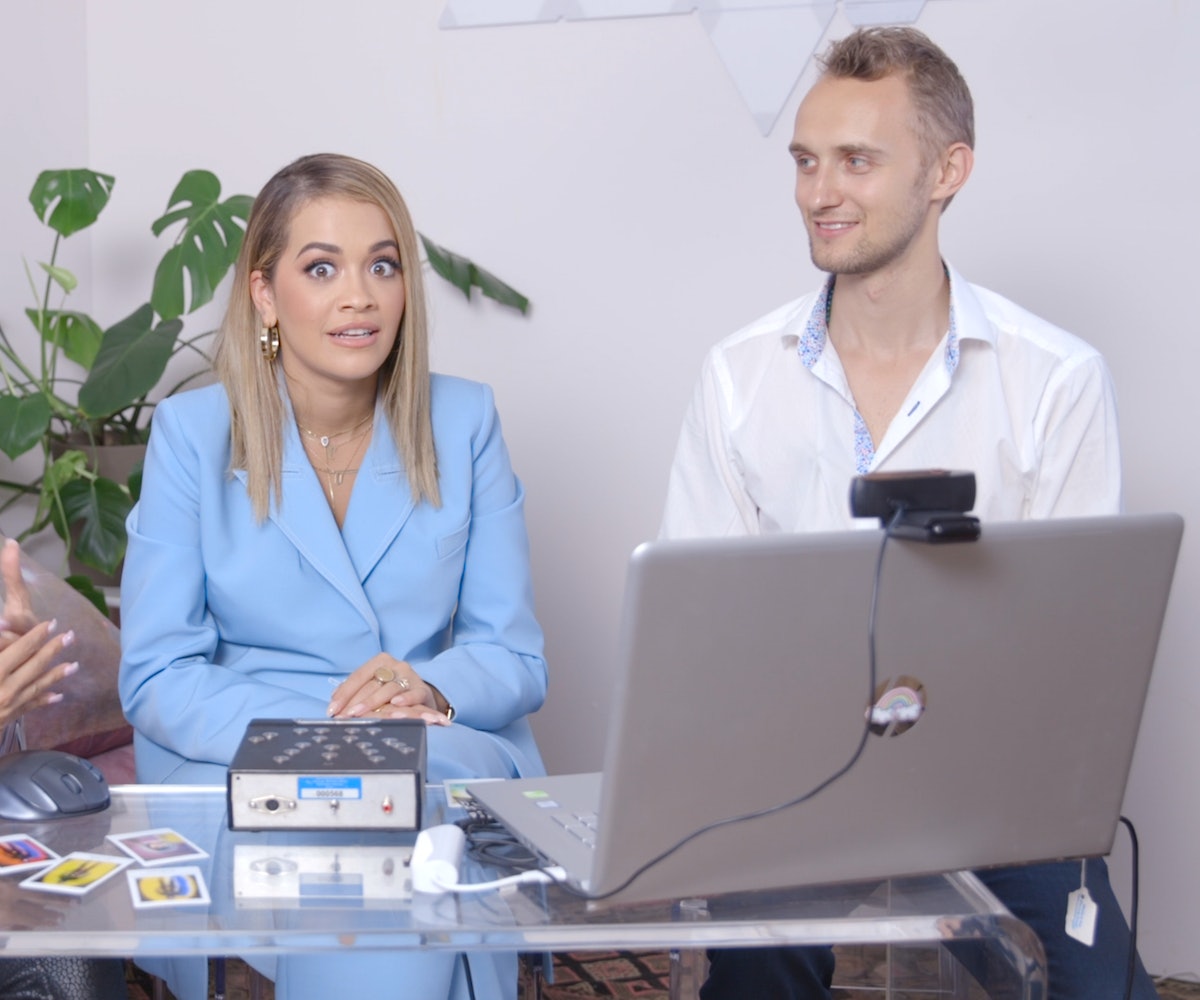 "I'm a bit overwhelmed," Rita Ora says coming out of her first-ever aura reading. The "Your Song" singer and all-around multitalent came through the NYLON offices last month, days before the video for the aforementioned "Your Song" dropped. "I don't know how to think because I'm completely excited and happy with where my life is at right now," she adds. "I'm about to put out my album and go on the road and all that, but who knew there were so many points in your body that can help you become the better version of yourself?"

Ora had her, uh, aura and energy read by Ihar Cherski and Alaknanda Nabar, the co-founders of Brooklyn's Family of Light Holistic Center. You don't need to be an expert, though, to know Ora's energy is magnetic. There's a reason she's a red carpet staple and fashion darling, designing a variety of capsule collections with Adidas, PacSun, and more. Her foray into acting, too, with the Fifty Shades films showcased yet another side. But music has always been the priority. She's got a set of pipes that match her magnetism, which probably explains why her throat chakra was glowing in her reading.

"I think that has a lot to do, obviously, with performing and entertaining," Ora says, "because, as an entertainer, you give a lot without even realizing." Tour life can be draining, but this has been her dream "since I can remember." And now, it's finally happening. The album is coming, which she tells me took nine months to make. Not much else is known about it, but she lays down a hefty list of collaborators that will be featured, including Julia Michaels ("Issues"), Coldplay's Chris Martin, her "boy 2 Chainz," Ed Sheeran (who wrote "Your Song"), MØ, and Charli XCX. "I've just got the record full of my friends," she says. "It explains my last three years of being stuck in limbo-land, coming back out with a fresh start, and making songs for people to just relax to."

This "very British album," as she describes it, is free of gimmicks. In that sense, "Your Song" is a perfect introduction to its breezy attitude, highlighting Ora's playfulness and vocal talent. "It's filled with simple lyrics full of beautiful melodies and live drums and very distinctive sounds, something that you can listen to and be like, 'Oh, that's a Rita record.' And what does that sound like exactly? Well, with all the positive energy her aura is channeling, we're all about to find out.

Watch Ora's aura get read in the video above.