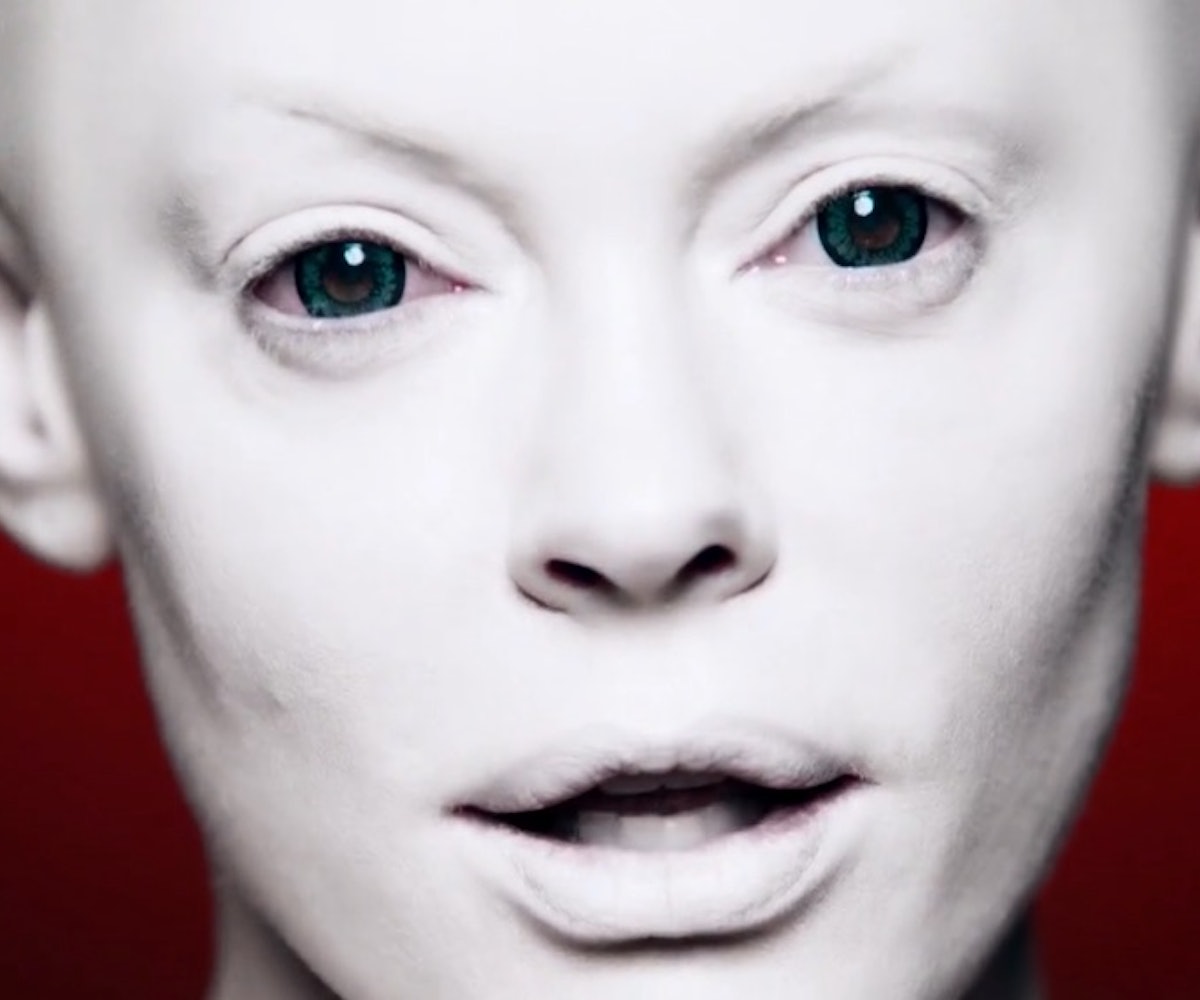 The evolution of Rose McGowan continues. After flexing some serious directorial chops with her debut film, Dawn, McGowan is touching down in the music world with a beautiful song and surreal video called ”RM486.”  The clip features an otherworldly McGowan in elaborate and sometimes nightmarish costumes and makeup as she shifts through five different personas. “All five characters in the video are versions of me,” McGowan says. “All are pieces that make up my whole—an artist, a public figure, and most importantly, as a person. I’m pushing back at the idea of what I am supposed to be, I want to expose people to art in a real way, and I want to change the idea of what beauty is.” The slightly NSFW video was directed by Jonas Åkerlund, who’s most well known for his collaborations with Lady Gaga, and was styled by fashion visionary and WHOYOUARE founder  B. Åkerlund.

McGowan has been amazingly candid about her years in Hollywood’s sexist boys club, and has emerged as an outspoken feminist and crusader for women’s rights. This video is a continuation of that pursuit, and marks another pivot away from Hollywood. “I woke up one day and realised I hated acting and that I’d always hated it,” McGowan told Nowness. “Imagine, it’s predominantly men whose scripts get done, so it was mostly a male voice coming out of my mouth for 15 years.” This is her further reclaiming her voice. Turns out it’s a beautiful one.