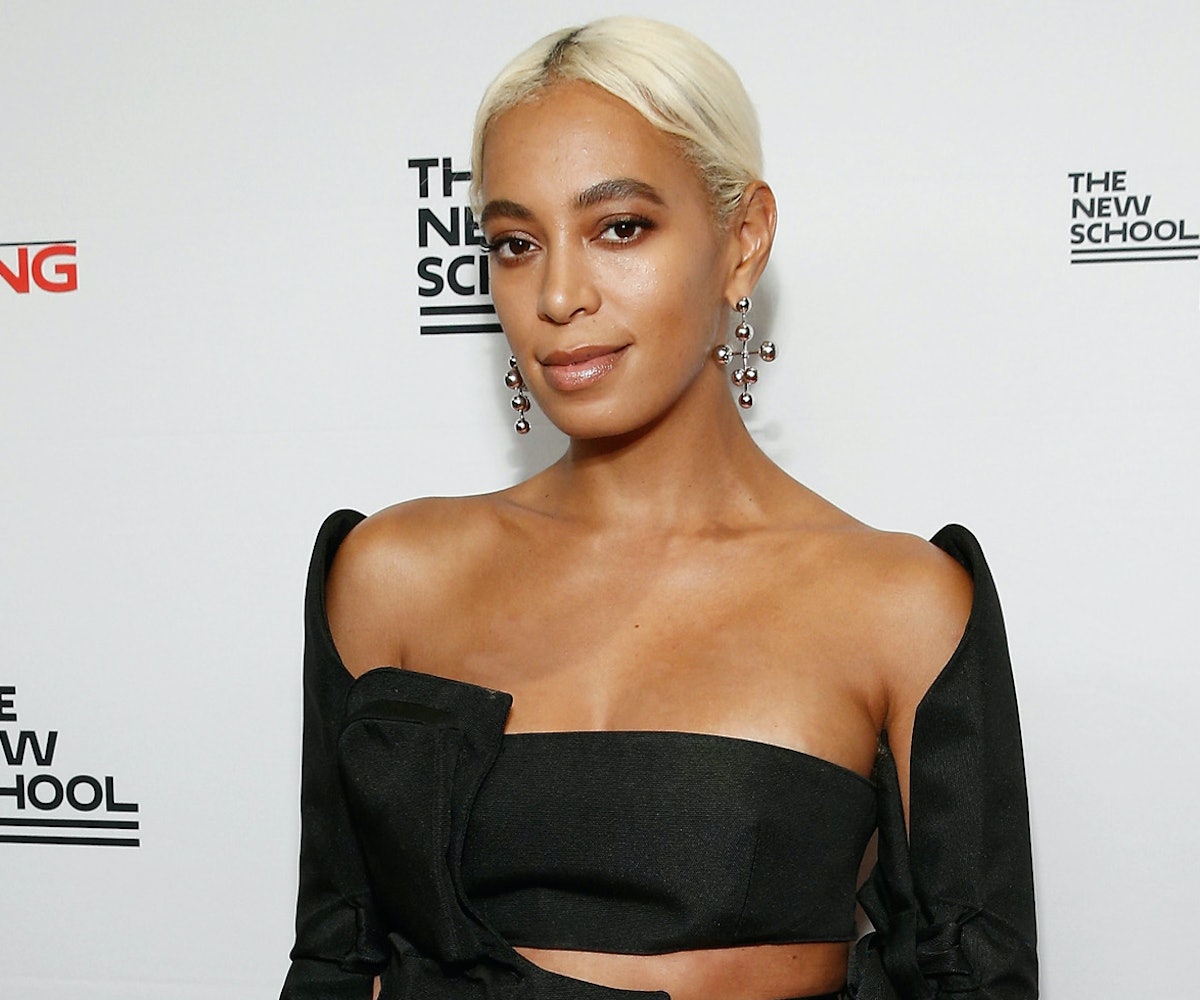 Solange just dropped an exciting announcement in an interview with T Magazine: She's planning to release new music this fall.

"The record will likely arrive into the world fully formed at some mysterious and unexpected moment, like a meteor cratering into the culture," Ayana Mathis writes, stating that Solange has not set a release date for the record but that it will come "soon."

What can we expect from the new record? "There is a lot of jazz at the core,” Solange told Mathis via email, "But with electronic and hip-hop drum and bass because I want it to bang and make your trunk rattle." Her new release comes with a changed perspective, inspired by an outdoor performance she created for her song "Scales" at Donald Judd’s Chinati Foundation in Marfa, Texas. "I realize how much wider, figuratively and literally, my work could be if I took myself away as subject."

From there, Solange has begun a "self-apprenticeship," digging into 1930s musical production numbers of director Busby Berkeley, as well as studying movement with choreographer Diane Madden. Whatever, and whenever, Solange plans to surprise the world with all she's been working on, it's bound to be an absolute spectacle.