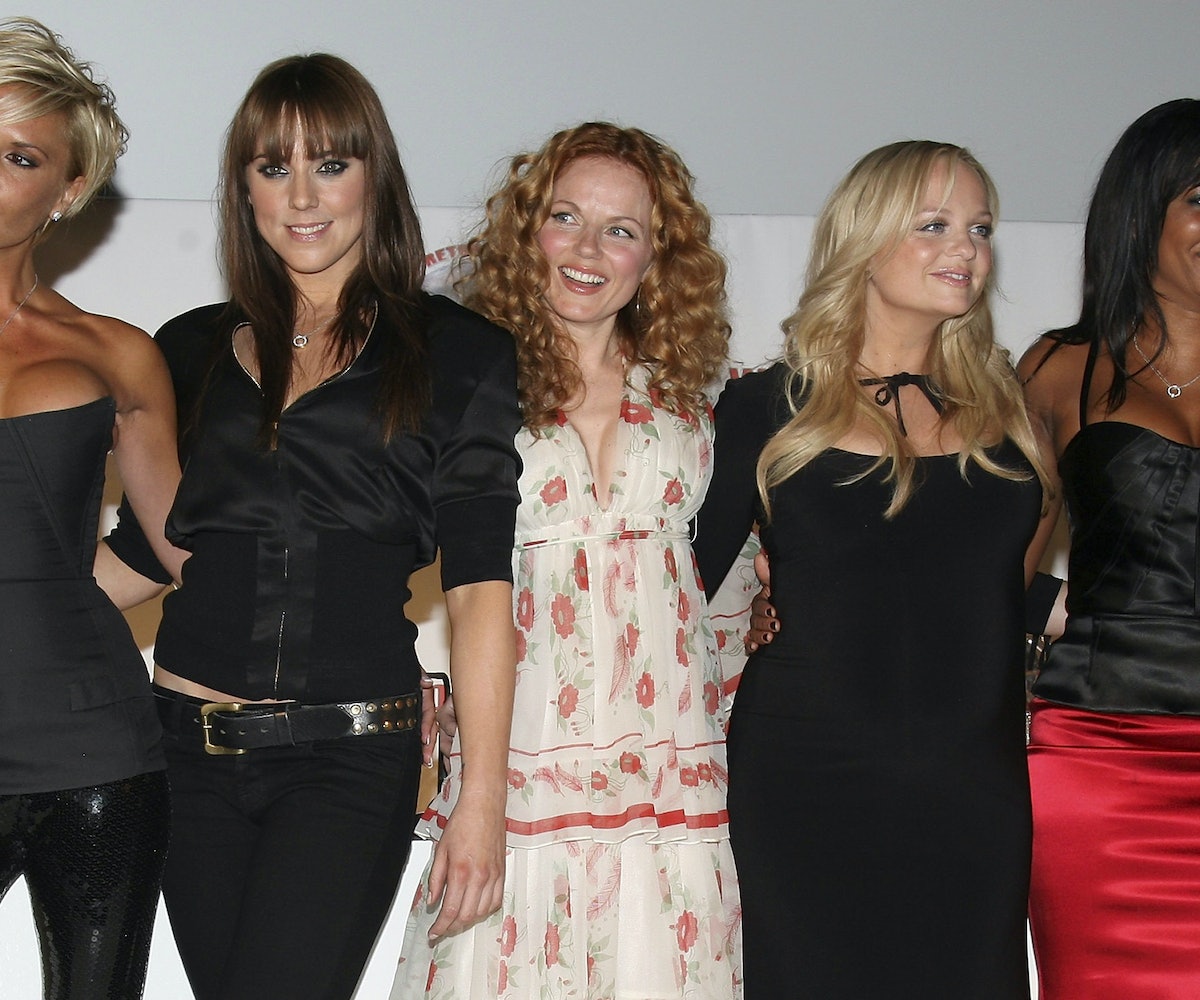 The Spice Girls dropped an unintentional bombshell when they announced their partial reunion tour in the U.K. next year: You've been singing "Spice Up Your Life" wrong all these years. But it's okay, because Ginger Spice, Geri Halliwell Horner, issued a subtle correction so you can reteach yourself the lyrics before the band heads back out on the road.

In a post quoting her band's hit song, Geri turned fans' worlds upside down. She captioned a clip of the tour announcement, "Hai-Si-ja-hold tight," and it wasn't long before fans connected the dots—the iconic girl group wasn't even singing in English; that's why they couldn't figure it out the lyrics easily.

The three words translate to "yes" from Japanese, Spanish, and German respectively, meaning that (as People pointed out) the Spice Girls were saying yes to the "people of the world." That's a lot more clever than "I see ya," which is what I, and many other fans, have been singing for ages.

The Spice World tour (without Posh Spice) begins next summer. Tickets go on sale this Saturday, so start scheming a way across the Atlantic ASAP.

NEXT UP
Entertainment
On "Princess Diana," Ice Spice Beats The Memes
Culture
Spice Girls May Reunite For King Charles’ Coronation
Entertainment
Chloe's "Pray It Away" & 9 Other New Songs Out This Week
Entertainment
Harry Styles Is Performing At The 2023 Grammys
Style + Culture, delivered straight to your inbox.