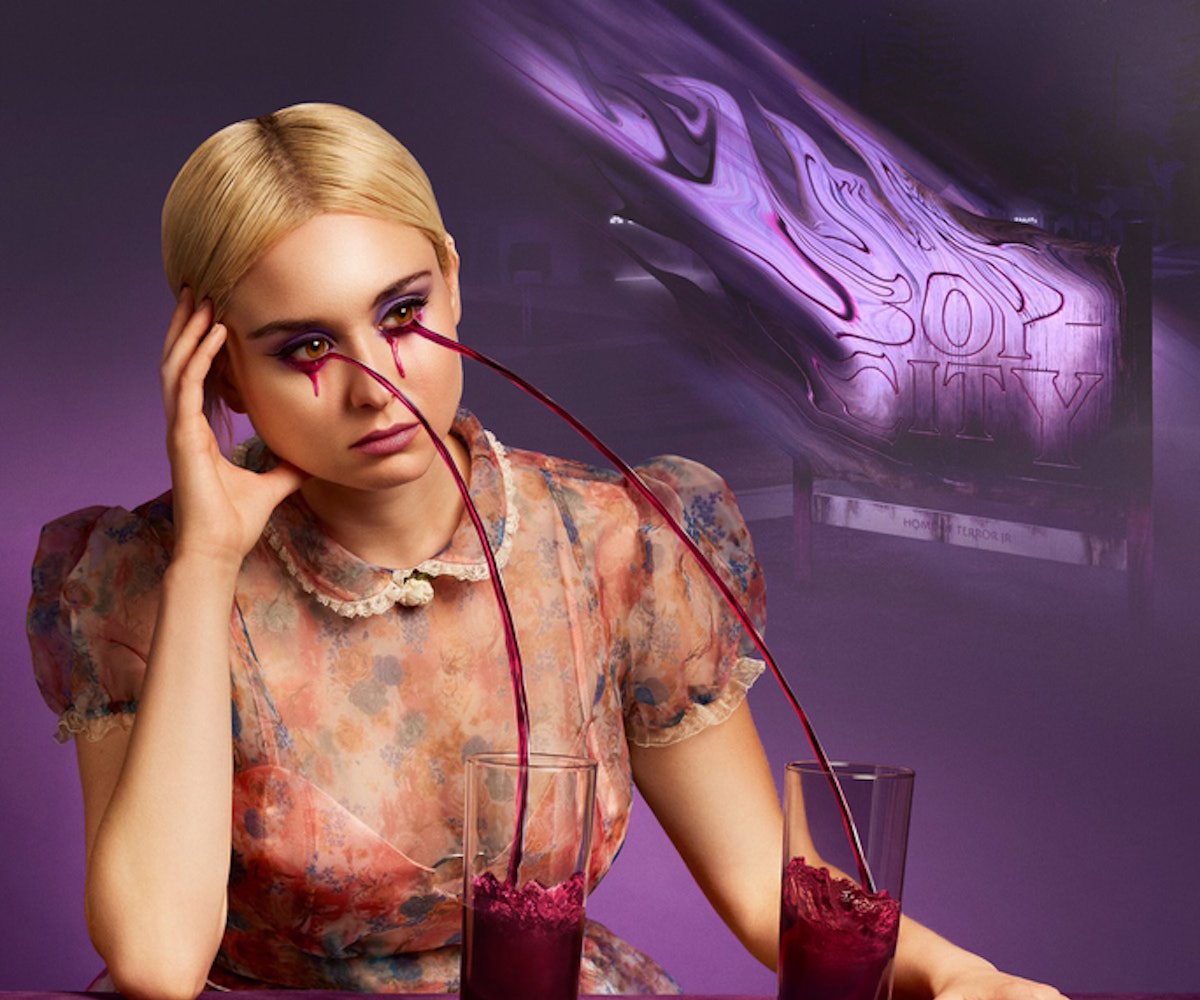 There are a lot of people and corporations going after "youth culture," but not many understand it as well as enigmatic trio Terror Jr. Over the course of their Bop City Trilogy installments, Terror Jr exposes the pretty listlessness of our super-connected, always stimulated (in more ways than one) society. Here in Bop City, materialism reigns and love is longed for but shallow and always under some influence.

Terror Jr does for today what Skins did for the early 2000s: painting a portrait of our earnest desire to become something, to find our respective purposes, married with our intrinsic inclination to escape the real world in late nights and red-eyed mornings. As the opening song, "Lifeline," suggests, the cycle goes on.

Bop 3: The Girl Who Cried Purple attempts to escape the loop, but it's fruitless. "Life ain't perfect, but at least I'm trying to figure it out," Lisa Terror sings on "Back Baby," a song about all there is to live for (shrooming at Joshua Tree?). By the time "Useless" starts, patience is lost. There's strength in Lisa singing how useless it is to feel useless, that maybe that energy can be used to build herself up and break free from the toxicity. "Imma use it," she sings of that energy, "Imma do it."

And maybe that break is possible. I, in my jaded optimistic state, want to believe it. If there's one thing consistent with today's youth culture, it's that there's as much hope as there are boredom and despair. We fight and we fuck. "IDK + IDC," whatever. Issa bop and that's all that matters anyway, right?