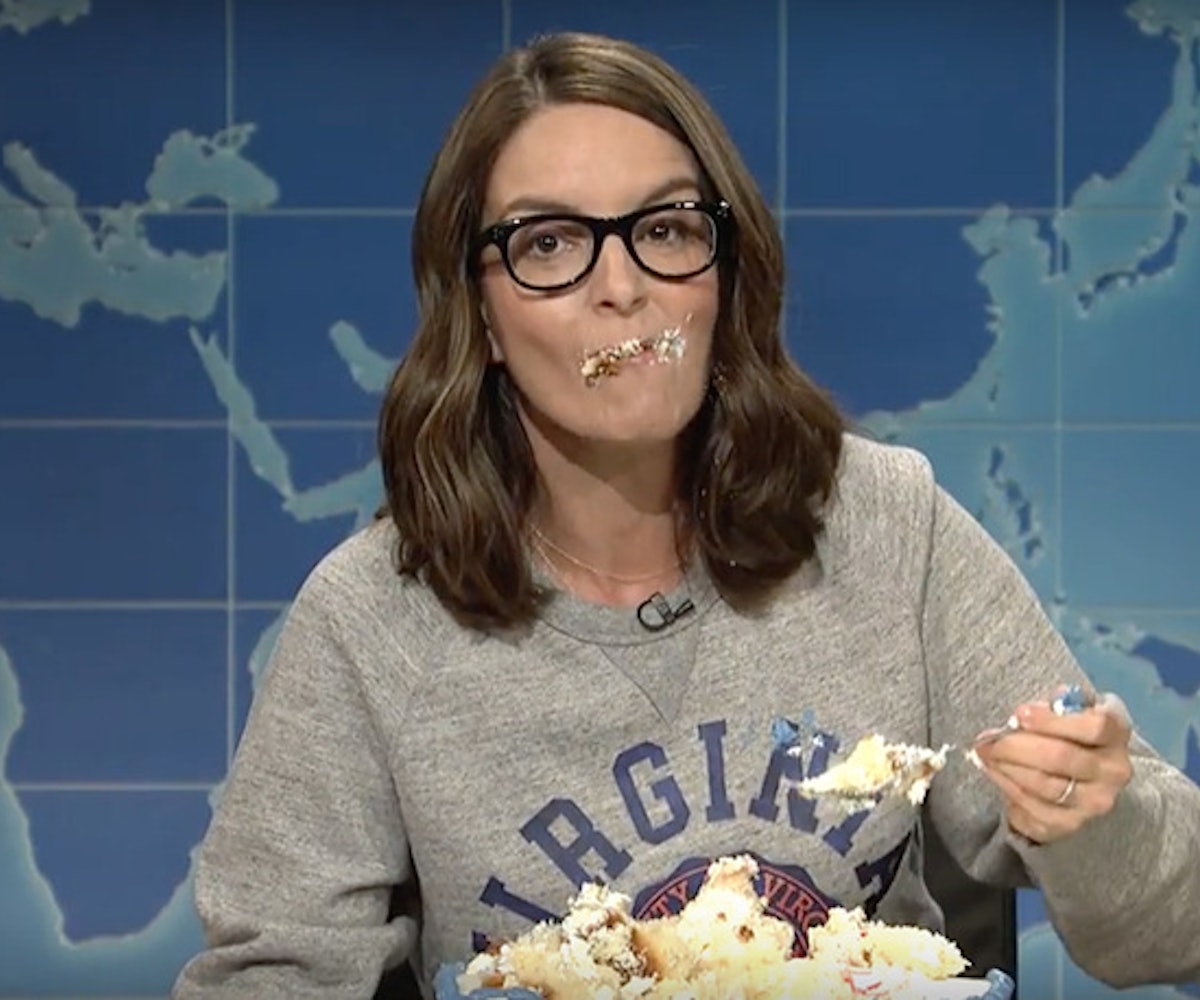 Tina Fey has some advice for what to do with all of the feelings you're feeling in the wake of the violent neo-Nazi rally in Charlottesville, Virginia, and our president's subsequent support of those Nazis: eat them. She appeared on Weekend Update: Summer Edition last night to share a new "grassroots movement" with everybody called "sheet caking."

"I would urge people this Saturday, instead of participating in the screaming matches and potential violence, find a local business you support, maybe a Jewish-run bakery or an African-American-run bakery," Fey tells host Colin Jost. "Order a cake with the American flag on it, like this one, and just eat it."

While it seems she was trying to prevent more people from getting hurt at protests, a lot of viewers were offended by the fact that Fey suggested staying home and eating cake instead of speaking out against white supremacists. A big reason why white supremacy is able to exist in this country to this day is due to white silence and inaction.

"The next time you see a bunch of white boys in polo shirts screaming about taking our country back," Fey says, "and you want to scream 'It's not our country, we stole it from the Native Americans and when they have a peaceful protest at Standing Rock, we shoot at them with rubber bullets, but we let you chinless turds march through the streets with semi-automatic weapons,' when you want to yell that, don't yell it at the Klan, Colin, yell it into the cake."

The skit appears to demonstrate Fey's lack of understanding of what it feels like to be a POC in this country right now. Someone who is in a position of privilege like Fey should be using their power to affect real change, not suggesting to scream into a cake. Maybe do both, but cake sheeting alone is not going to get us anywhere.

You can watch the full sketch, below.