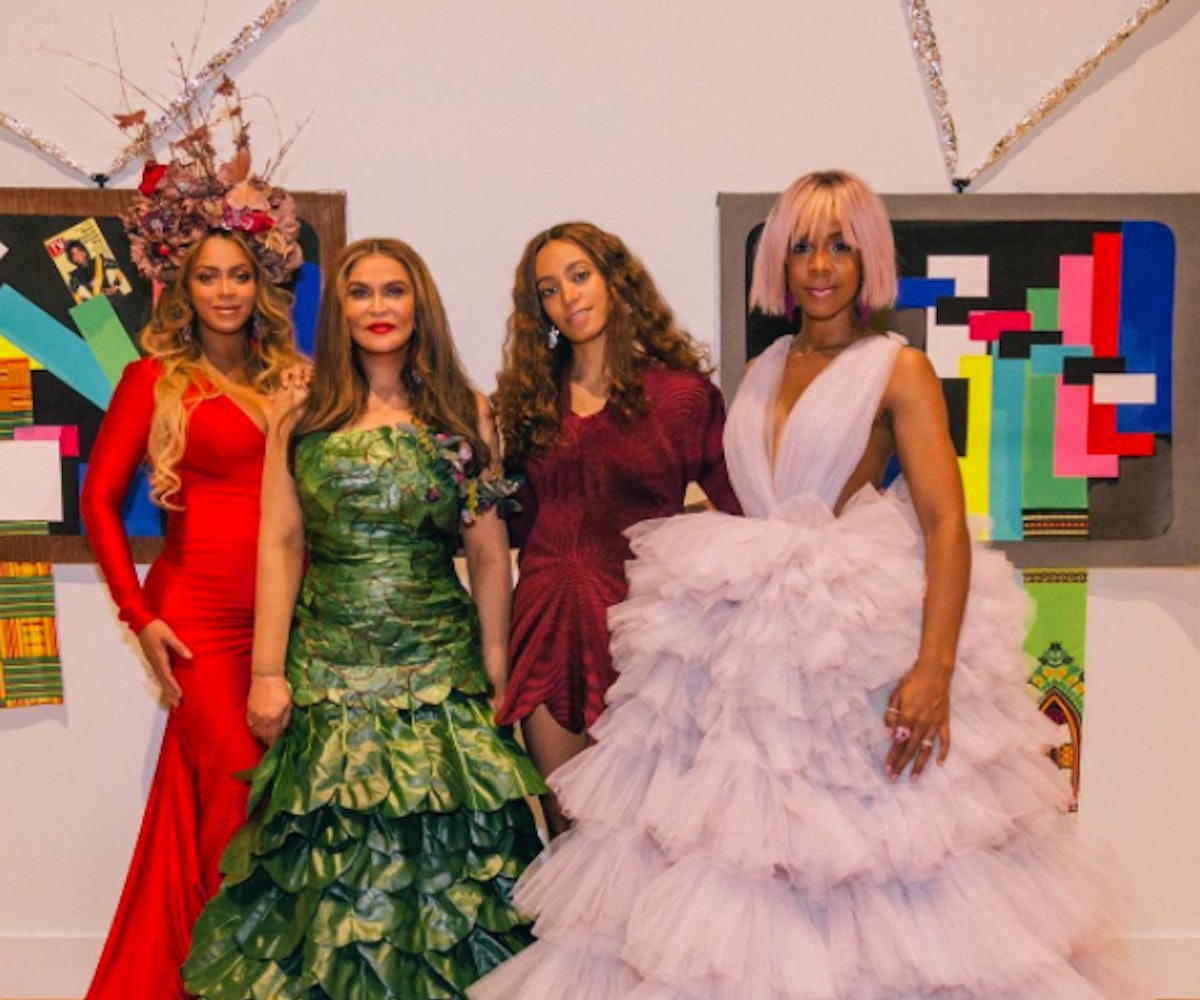 Tina Knowles was Janet Mock's first guest for the inaugural episode of her podcast series, Never Before With Janet Mock, and it was everything.

The 10-episode series, executive produced by Lena Dunham, will feature "intimate, wide-ranging and in-depth conversations" with the "boldest cultural figures of our day." So naturally, it was only right to kick off the series with the person who raised two of the industry's most influential musicians.

Knowles opened up to Mock about her experiences raising Beyoncé and Solange, reminiscing on the memories from early in their careers and when she was running her own beauty salon. She also discussed the significance of Beyoncé's blonde highlights (and how the style pays homage to Tina's hair from back in the day), sharing an anecdote about the time she cut her blonde extensions out of her hair to give to Bey for Destiny Child's first video.

"So, I had highlights in my hair, and I cut them out and I glued them in her hair. She tells that story, and she gets choked up about it. It was so sweet to her but to me it was I didn't keep my promise. If I have to give any advice as a parent, it's to keep your word."

You can subscribe to Never Before With Janet Mock here.

NEXT UP
Entertainment
Relive ‘00s New York With Yeah Yeah Yeahs, The Strokes In ‘Meet Me In The Bathroom’ Trailer
Entertainment
Ireland Bassinger Baldwin Dodges Paparazzi In St. Lucia's "Gimme The Night"
Entertainment
Aya Nakamura On Preparing Her Fortnite Soundwave Series Performance
Entertainment
Seulgi Finds Her Own Lane With '28 Reasons'