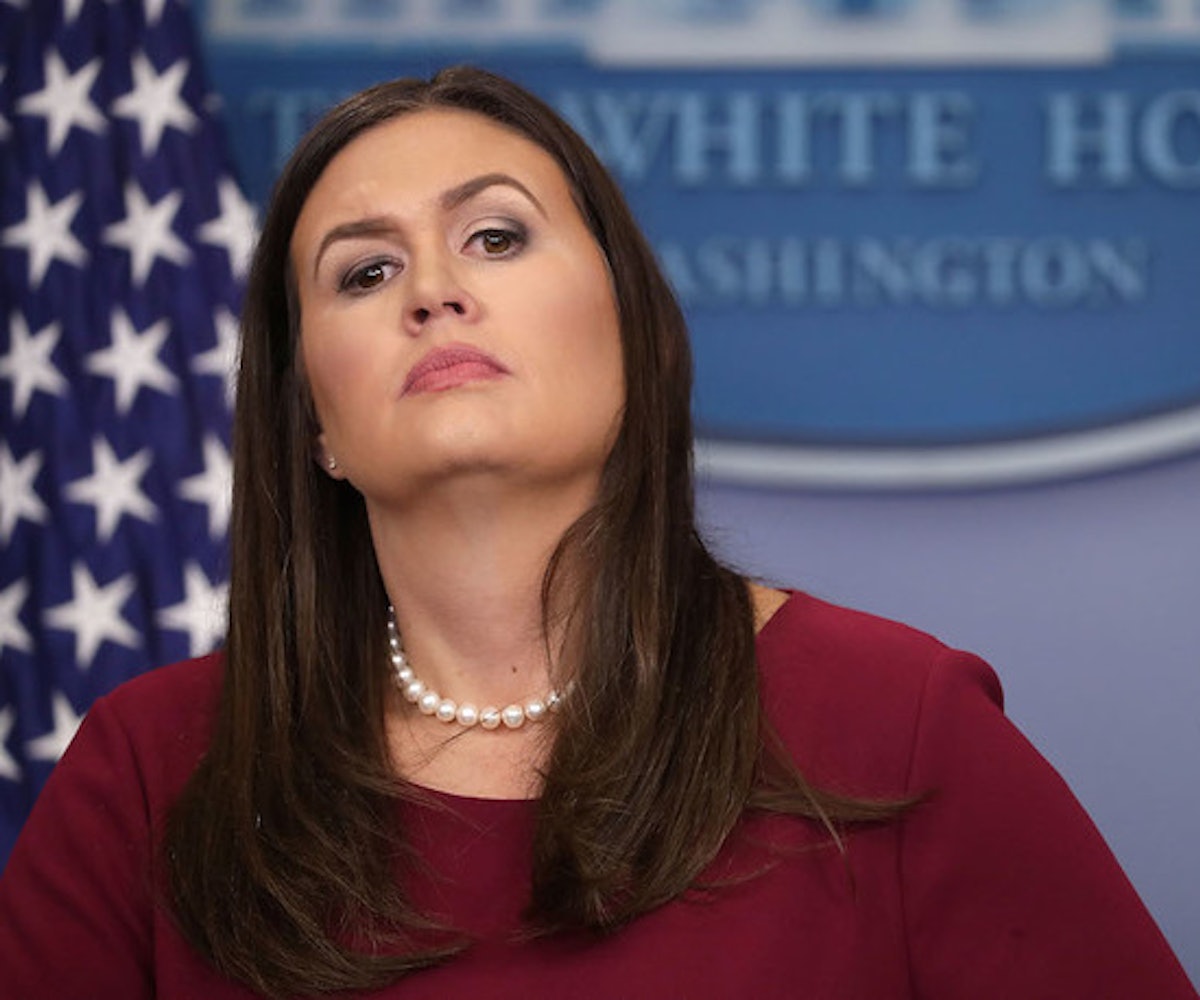 No matter how detestable President Trump continues to be in almost every imaginable way, his pledge to donate $1 million of his personal funds to help the victims of Hurricane Harvey was pretty commendable.

But not so fast! At a press conference just yesterday, Sarah Huckabee Sanders already began subtly backing down from the promise.

According to the New York Times, Trump's pledge on Thursday is one of the largest charitable commitments made by a sitting president in American history. But careful wording from the current White House Press Secretary has some wondering where, exactly, this money is really coming from.

Think Progress notes that when pressed on Friday, Sanders was unwilling to clarify whether the donation would be made via The Trump Foundation or from Trump's actual accounts. When asked specifically if she has pressed the President on this, Sanders responded: “I haven’t had a chance to do that."

The use and purpose of the supposedly-charitable Trump Foundation has come under significant scrutiny recently, with reports suggesting Trump had used money raised by the organization like a personal checking account. At the time of those reports, Trump had not put any of his own money into the foundation since 2008. More recently, other inquiries into the subject investigated how Eric Trump had manipulated money meant for kids with cancer to his own benefit.

While working on The Apprentice, the senior Trump often said donations were coming from his own pocket, when in fact they had been coming through his foundation.

Much like Trump's tax returns, it's not hard to expect the source of this donation to remain a mystery—if it ever even happens at all.