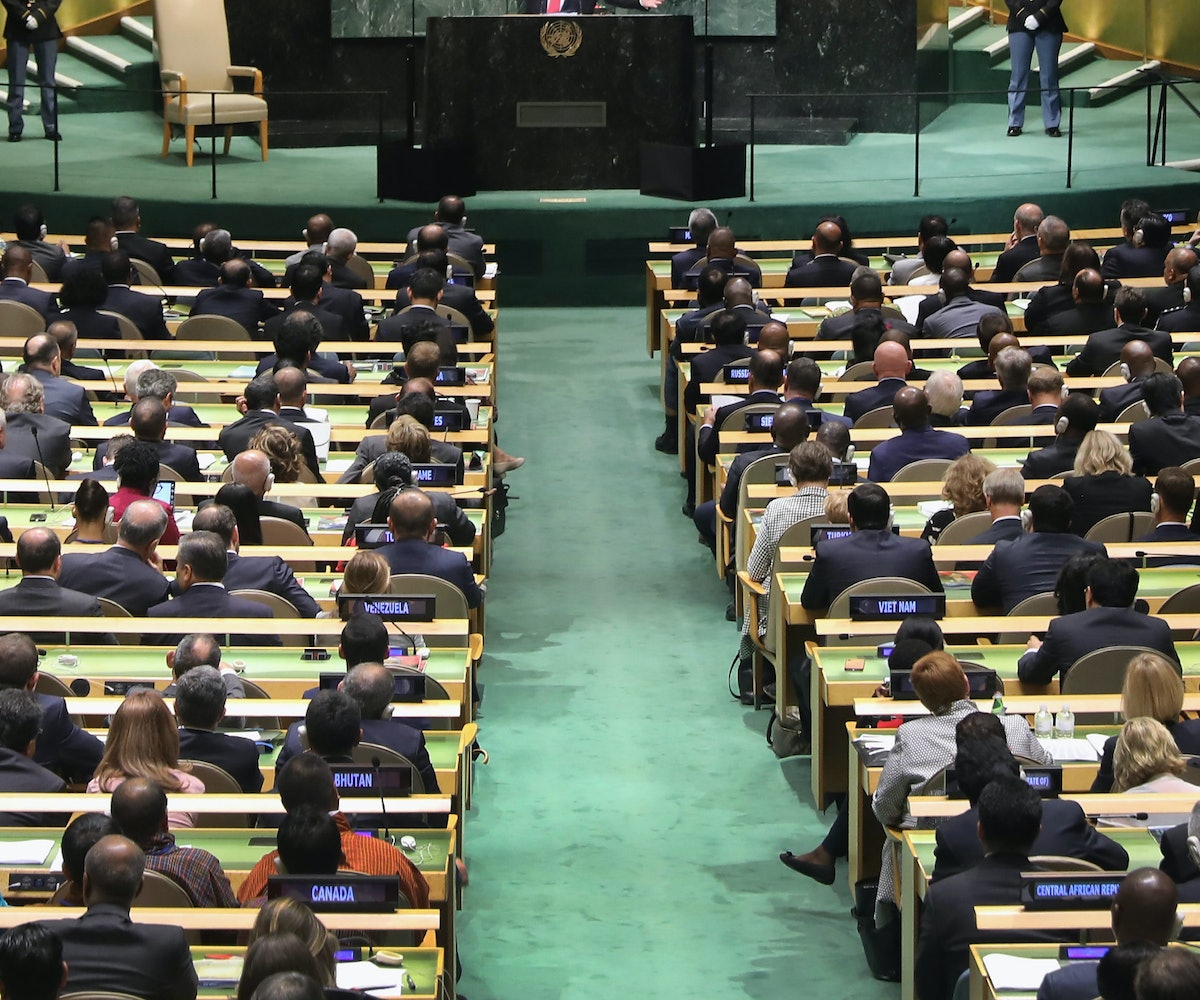 Any time Donald Trump claims to have done something well, it'd be really great if there was a cymbal hit to punctuate the hilarious idea that he's been productive, or positive. Guests in the audience at the United Nations on Tuesday, September 25, didn't need a laugh track or house band to get the gist that we're living in a dark comedic timeline. Trump gave a speech to the UN National Assembly about his accomplishments as POTUS, and the audience's reception was priceless.

"In less than two years, my administration has accomplished more than almost any administration in the history of our country," Trump claimed. He added, “America’s …”, realized he couldn't read the reaction, and ad-libbed, “So true,” as the members of the audience began to crack up. He didn't seem to break a sweat but was definitely taken aback. "Didn't expect that reaction, but that's okay," Trump said over the laughter. It doesn't pack the same punch as Jeb Bush's famous unexpected reaction line, "Please clap" during the 2016 primary, but I'll take it. And, if you needed a reminder to vote, so that we can crawl our way out of this flaming pile of garbage, here it is. 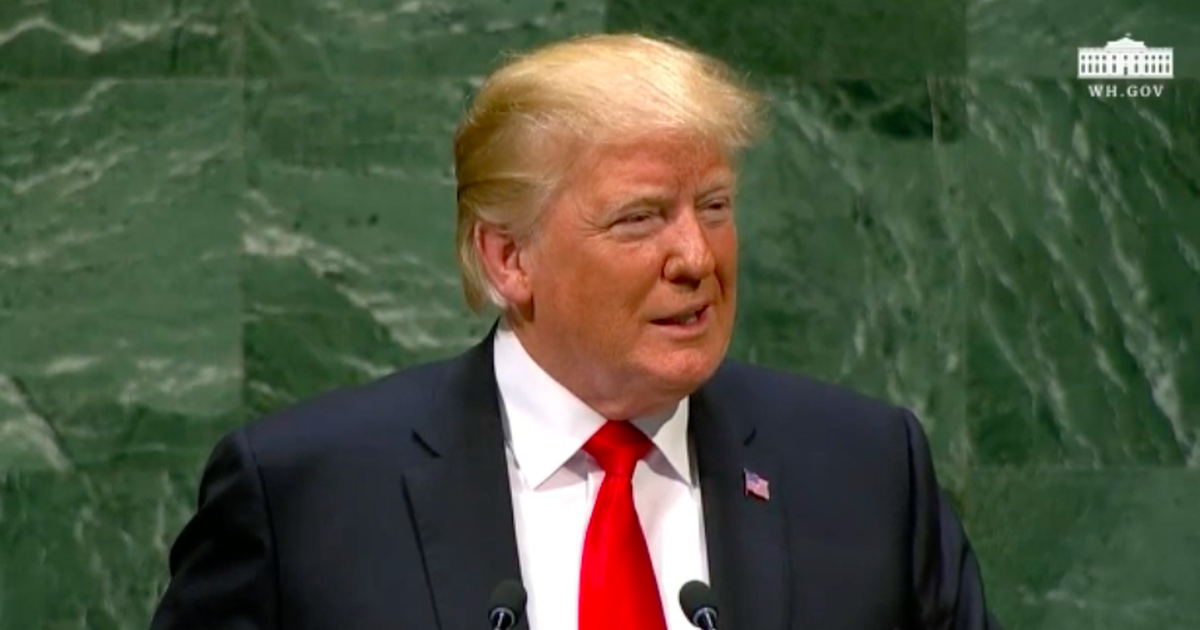