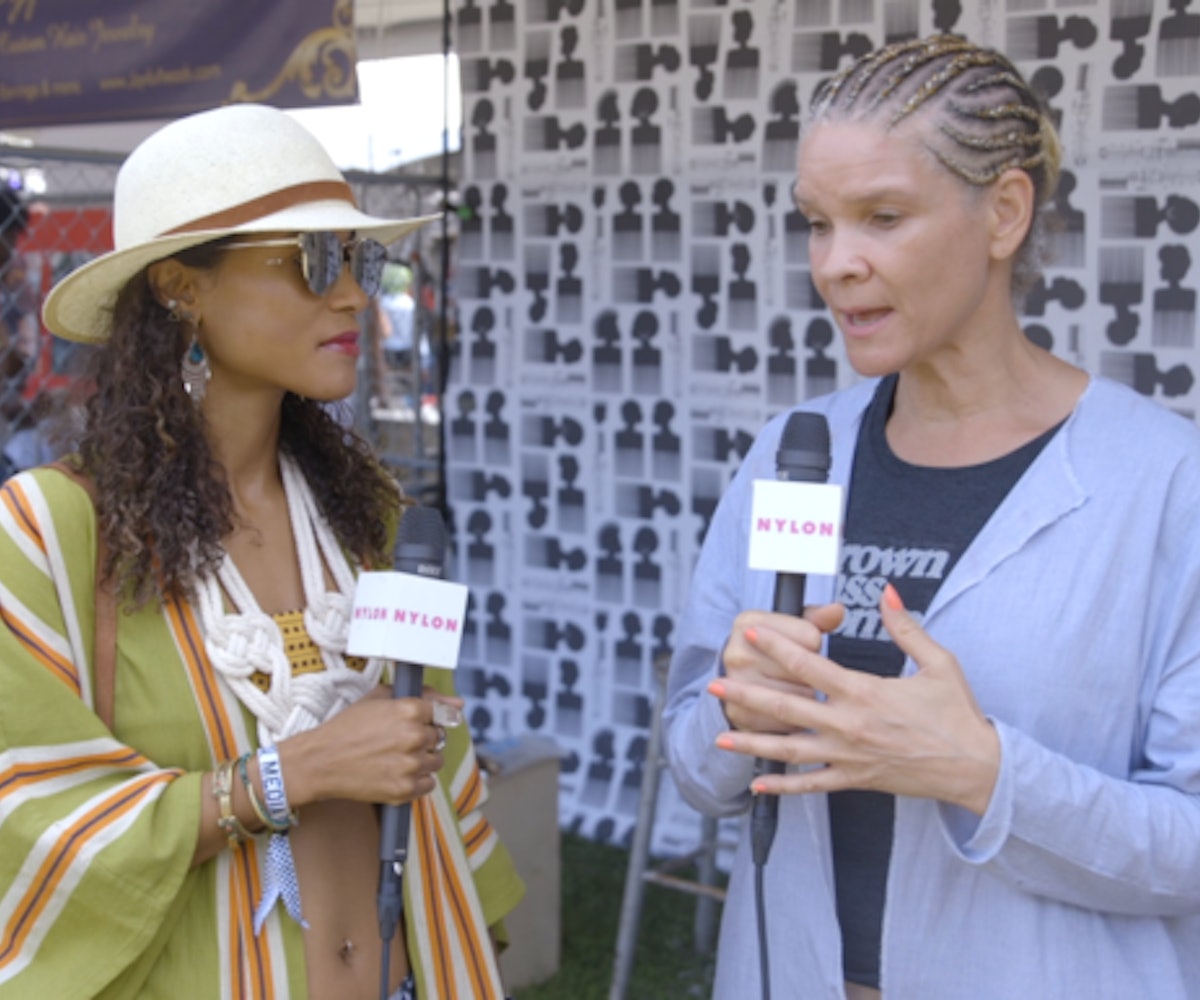 An unforgettable festival usually consists of a few simple things: good music, infectious energy, and a welcoming crowd. Lucky for us, we got to experience all three of these things and so much more at this year's Afropunk fest! Over the weekend, we not only had a chance to observe some of the best beauty looks and killer street style but also had the opportunity to chat with some of the creative vendors working to make the Brooklyn-based fest a safe and free space for all.

NYLON senior video editor Tina Vaden caught up with some of those vendors, including Michaela Angela Davis of Mad Free, Uzo Ejikeme, and Stoney Michelli of the genderless clothing company Stuzo Clothing, Fati Fleming of Sea Pony Couture, and so many others, to find out what inspires them.

"Because so many visible art spaces are not accessible, especially to queer people of color, we created an online art gallery where it is solely for people of color," says Art Hoe Collective founder Gabrielle Richardson. "We mix racial politics with accessibility politics because we don't believe that if something isn't accessible, then it's not radical."

See who we met and what they had to say, above.

Produced and directed by: Daniel Huskey and Tina Vaden

Camera and editing by: Daniel Huskey