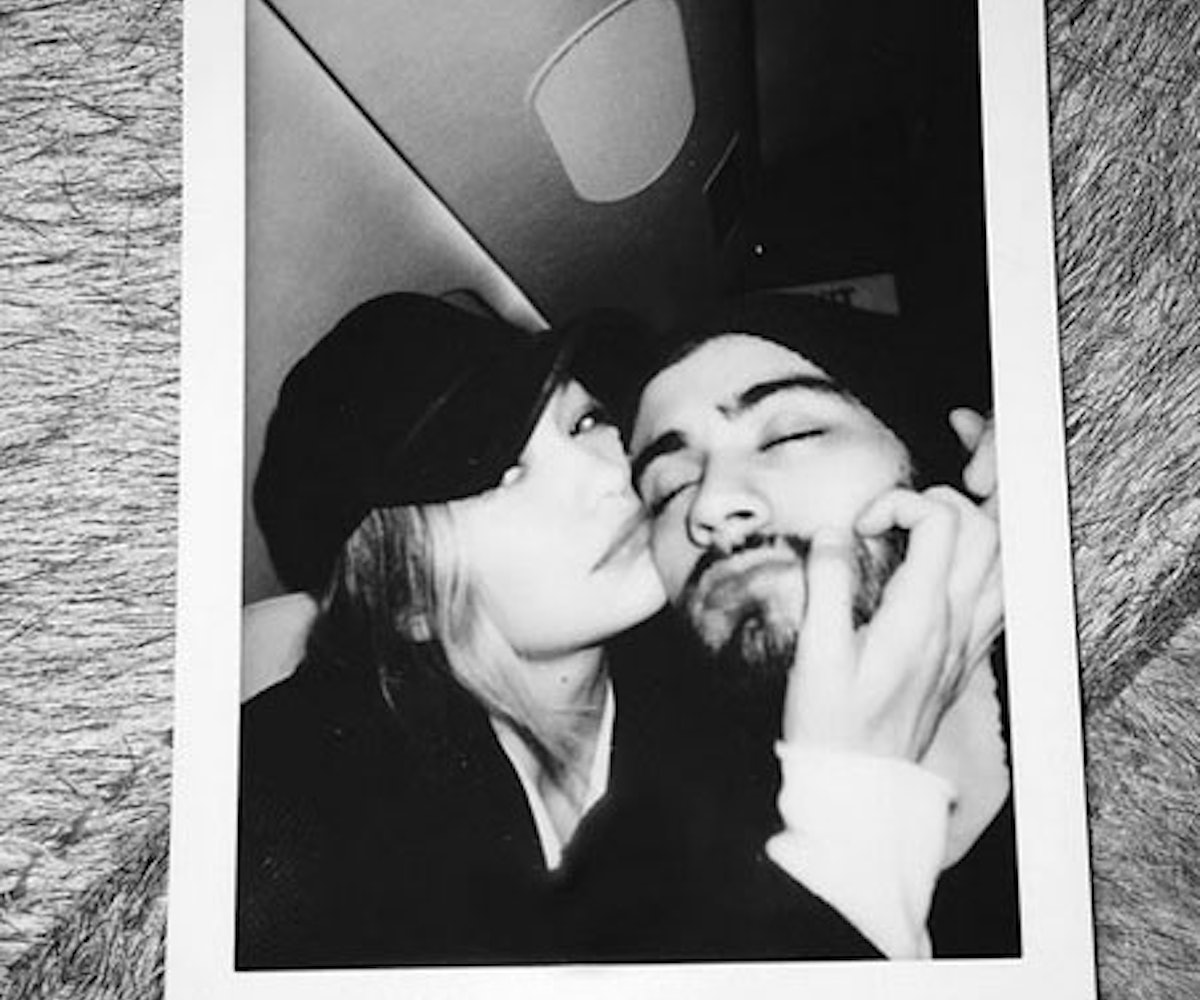 Whether you like it or not, Gigi Hadid and Zayn Malik are seeing a lot of each other and they want the whole world to know that they're official. About a month ago, Malik confirmed that Hadid was his girlfriend on a radio station when he was asked about filming "Pillowtalk" with her. They've been unstoppable ever since. Based on everything we've seen so far, they really enjoy getting cozy. (The song has to be called "Pillowtalk" for a reason.)

Last night, Malik shared another photo of them together on his Instagram account. Once again, it's a picture of a Polaroid photo topped with a black-and-white filter—because nothing says romance like black and white—but this time they are K-I-S-S-I-N-G. The image is kind of blurry, but that's obviously a metaphor for the speed of their relationship. Life comes at you fast and love is fleeting, no? Okay, maybe we're looking a little too into it.

Zigi is a thing, let's make it happen people!