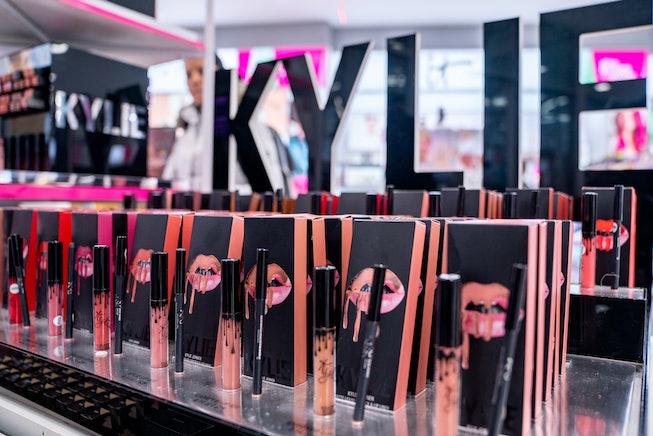 The fallout from Forbes alleging that Kylie Jenner overestimated her billionaire status to earn a spot on its cover continues. Months after the publication accused Jenner of providing it with "forged" tax returns, the reported value of Kylie Cosmetics is now at the center of a class-action lawsuit.

According to The Fashion Law, Crystal Garrett-Evans, a shareholder in Coty, the company which purchased a majority stake of Kylie Cosmetics shares in 2019, accused Coty of "overvaluing" both P&G Specialty Beauty Businesses and Kylie Cosmetics. The lawsuit, filed Sept. 4, does not name Kylie Cosmetics or Jenner as defendants.

In her lawsuit, Garret-Evans reportedly references the Forbes article, saying that because Coty "did not have adequate processes and procedures in place to assess and properly value acquisitions," its purchase of Kylie Cosmetics resulted in "significant losses and damages" to the company's shareholders.

The suit accuses Coty of reportedly engaging in "a fraudulent scheme and course of business that operated [to deceive] purchasers of Coty shares by disseminating materially false and/or misleading statements and/or concealing material adverse facts … about Coty’s business, operations, and prospects.”

She notes that when Forbes provided an update on Jenner's perceived correct financial status, the news led to negative consequences for shareholders. She specifically pointed to the May 28 to May 29 period, noting that Coty's stocks fell $0.56, or more than 13%.

According to her suit, Garret-Evans is seeking "compensatory damages" in an amount "to be proven at trial." She's also asking that the suit be certified as a class action, which would enable other shareholders that feel impacted to join her in seeking monetary compensation.

News of the suit comes after Forbes accused Jenner of no longer being a billionaire. After previously naming her one of the world's youngest billionaires, Forbes alleged, in a May 29 article, that Jenner, along with her accountant, had provided the publication with "forged" tax returns. Forbes also accused Jenner of fabricating the total income she made through Kylie Cosmetics and Kylie Skin. Forbes had noted in its reporting that it was unable to confirm that the documents provided of Jenner's income were forged; Jenner and Coty did not offer comment to Forbes on the new reporting.

Jenner later responded to the Forbes article, disputing its reported proof of fabrication. "That’s your proof? so you just THOUGHT they were forged? like actually what am i reading," she wrote. She then tweeted again, writing, "I am blessed beyond my years, i have a beautiful daughter, and a successful business and i’m doing perfectly fine" and "I can name a list of 100 things more important right now than fixating on how much money i have."