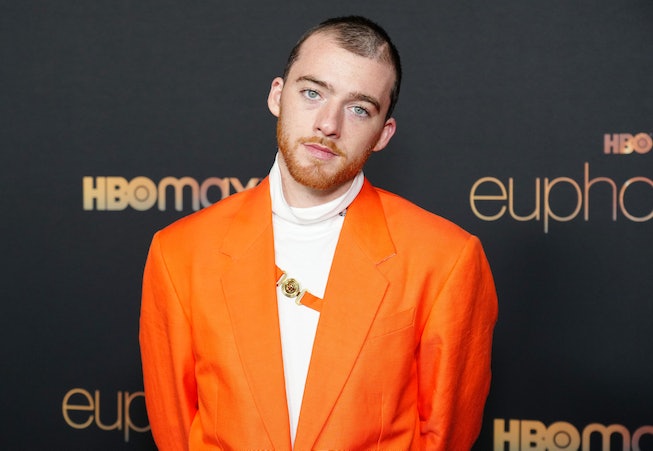 Ahead of the Euphoria Season 2 finale, we’re all a little worried about the fate of our favorite bad boy with a heart of gold, Fezco. However, in real life, the actor who portrays Fez, Angus Cloud’s star has only been on the rise. Adding to his current media popularity, on Thursday, February 24, Cloud was announced as the new face of Polo By Ralph Lauren Fragrances.

Cloud has long had an affinity for the Polo brand, which grew out of thrifting Ralph Lauren Polo shirts from a young age. “Every time I was in the thrift store, anything with a Polo pony on it, I would grab that,” Cloud says in a press statement about the new Ralph Lauren partnership. “At a certain point, I realized I hadn’t worn a t-shirt in a couple months… that was the start of it, collecting Polo ponies.” To date, he apparently has a collection of over 2000 Ralph Lauren shirts. (A number we suspect will rapidly increase following the announcement of his new job.) In the category of art imitates life, Cloud’s Fezco also often wears Ralph Lauren on screen.

Cloud’s connection to Polo made him a natural fit for the Ralph Lauren brand. Alexandre Choueiri, global president of Ralph Lauren Fragrances, explained, “When meeting Angus at an event last December, we really loved the authenticity of his Polo story, his kindness and his unique style that resonates in today’s world.” The casting of Cloud in this new role is part of Ralph Lauren’s strategy to bring in a new generation of Polo lovers. The first Polo fragrance, POLO GREEN, originally launched in 1978, so the spirit of reinvention and finding new audiences has been a core part of the brand for nearly 45 years.

Speaking of reinvention, in the recently released campaign images, Cloud looks more like a student from one of Gossip Girl’s high-end private prep schools than one of the downtrodden denizens of the Euphoria universe. Most notably, Cloud’s signature scruffy beard is gone, revealing the previously unseen bottom half of his face. He also wears the quintessential jock-on-gameday uniform: a button down shirt and tie layered under a varsity jacket. Quite frankly, he’s never looked like a better fit for his studious Peter Pan-collar wearing Euphoria love interest, Lexi.

See images of Cloud post his official preppy makeover in the new campaign images below: