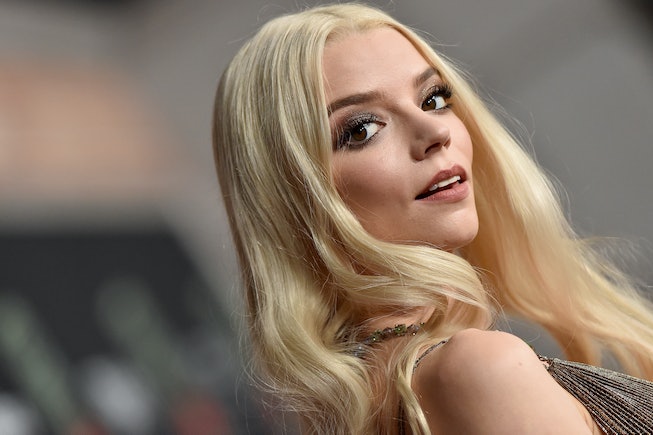 Recently, it seems like actress Anya Taylor-Joy’s captivating face has been everywhere. From her lead role as a Beth Harmon in the hit Netflix show The Queen’s Gambit (for which she took home a Golden Globe), to the cover of Elle US and Vogue Mexico, to hosting the finale of Saturday Night Live this year, it’s safe to say that if you didn’t know who the 25-year-old was just a couple of years ago, you do now. And we’re about to see a lot more of her. Yesterday, Anya was named Dior’s new global brand ambassador for women's fashion and beauty. That means many fabulous Dior campaigns and red carpet moments are on the way.

Anya had already been wearing Dior to all major fashion events, from the Emmys to the Golden Globes to the Critics' Choice Awards, in this past awards season alone. Wearing both Dior gowns and Dior Beauty makeup, Anya and Dior are a match made in heaven, creating dramatic floor-length looks with classic Hollywood glam makeup. She’s also been in the beauty space for a while, previously having been the face of Viktor and Rolf’s Flowerbomb perfume. This announcement feels like it’s been a long time coming, but it’s exciting nonetheless.

Earlier this week, Anya attended the premiere of the new psychological horror movie she stars in called Last Night in Soho. On the red carpet, she wore a Dior Haute Couture dress by Maria Grazia Chiuri, makeup by Georgie Eisdell (Dior Beauty, of course). Eisdell created the monochromatic winged-out eyeshadow using the Diorshow Mono Couleur Couture #480 Poncho with the Diorshow Mono Couleur Couture #626 Gold Star on the top of her lids and Dior’s waterproof mascara.

With a new movie in cinemas, filming for the upcoming film The Menu about to commence, and a luxury fashion and beauty deal under her belt, Anya Taylor-Joy is not going anywhere (nor should she). We’ll have to stay tuned for more red carpet magic from Dior happening at her future red carpet events.