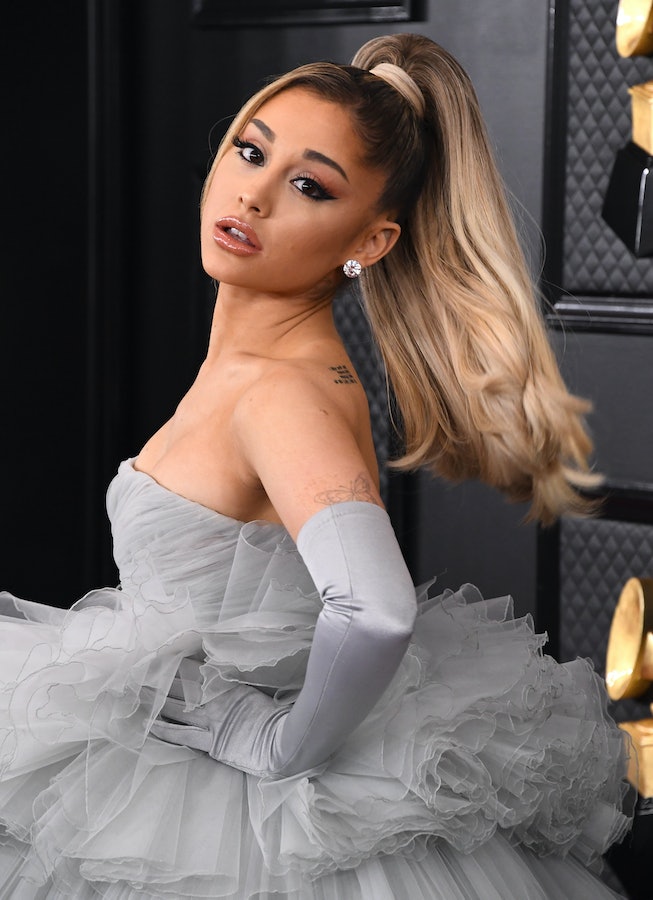 There is no rest for Ariana Grande. Just one month after her secret wedding to Dalton Gomez, Ari is teasing her next venture — this time in the beauty space. On Monday, June 14, Grande revealed a sneak peek of a new fragrance bottle in a dreamy, fairytale-like setting filled with white and purple flowers. The video includes the name of the fragrance: God Is A Woman. The caption to the post simply reads, “coming soon @ultabeauty,” indicating the new fragrance will likely be exclusive to Ulta Beauty stores.

This will be the “positions” singer’s ninth fragrance, and there are clues that it might take a slightly different direction from her previous scents. The God Is A Woman fragrance is notably in a rectangular, diamond-cut bottle, while her previous fragrances including Ari, Moonlight, Cloud, and Thank U, Next have all been housed in round perfume bottles. It’s possible this may indicate a departure from her roster of typically sweet and fruity gourmand scents, and that we might be getting a more grown-up version of the pop princess with this launch.

This fragrance is named after the hit song from her 2018 album, “Sweetener.” But the name of the new scent is notable for another reason: According to TrendMood, Ari has filed a trademark for a full beauty line under the title, God Is A Woman. The trademark is currently focused on body care products including, but not limited to, shower and bath gels, body care mousses, mists, soufflés, and perfumes. Here’s hoping she provides all the products we need to recreate the scene from the “God is A Woman” music video at home in the bathtub.

Watch this space for more updates about Ariana Grande’s new God Is A Woman fragrance and potentially upcoming body and skincare line.