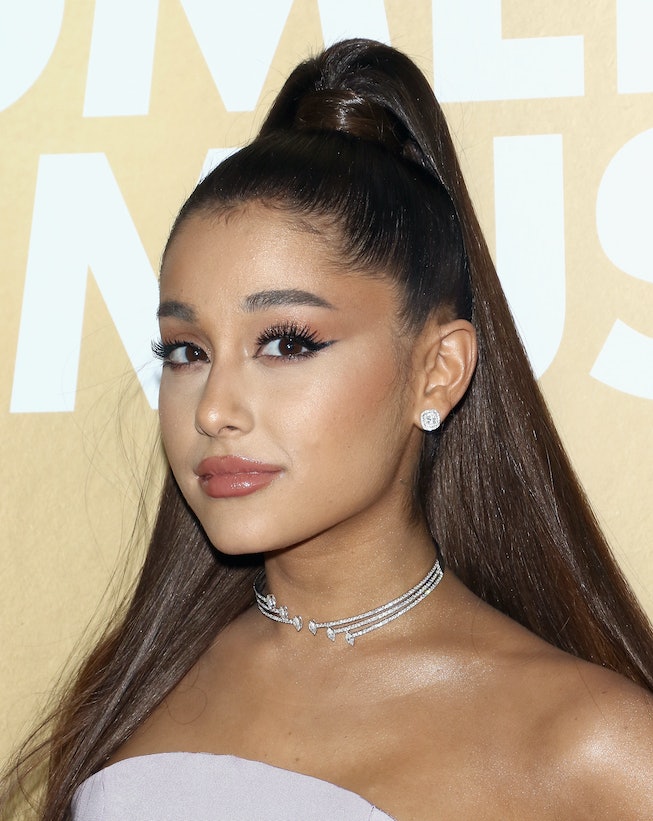 After giving fans a first look at her future perfume packaging on August 6, Ariana Grande confirmed a release date for her perfume. Sharing a new campaign image, she wrote that the product, containing notes of juicy fig, warm salted caramel, lavender essence, white sparkling pear blossom, and sandalwood, would launch at Ulta.com on August 18. The perfume is slated for in-store launch on August 30.

Ariana Grande has been keeping a social distancing secret from fans. The last few months of her Instagram feed have been filled with peeks at a quarantine beauty routine, a Midsommar-inspired birthday, and reminders to vote, but her latest Story included a sneak peek at something major. On Tuesday, July 29, Grande confirmed she is working on a new fragrance.

The creator behind the 2019 Fragrance of the Year, revealed that her latest perfume work isn't quite finished. Her Story video included Grande testing out two spritzes of the future fragrance. Unfortunately, Instagram doesn't come with a scratch and sniff ability, but the pop star did confirm a name, bottle, and packaging were all coming soon.

In the video, Grande is testing out a simple clear bottle, which features the words AG 2020 New Fragrance on an accompanying label. And according to some of Grande's tweets on the scent, fans should expect something "seductive n sweet .... dreamy."

She also said that work on the scent began last year, and everything was finished up during quarantine. Although social distancing might have prevented a different working environment, she assured fans that still it enabled her to get creative. "It’s something i’ve actually always wanted to do for u guys so it worked out perfectly," she wrote.

Although the scent is different than Cloud, which she released last year, Grande tweeted that the perfume is one of her favorites. Unrelated to any new music, she promised fans that more information on the perfume was coming soon.

The release of the yet unnamed fragrance follows previous perfumes from Grande that included a scent inspired by her hit single, "Thank U Next," a perfume named for "Moonlight," and a fragrance named Ari.