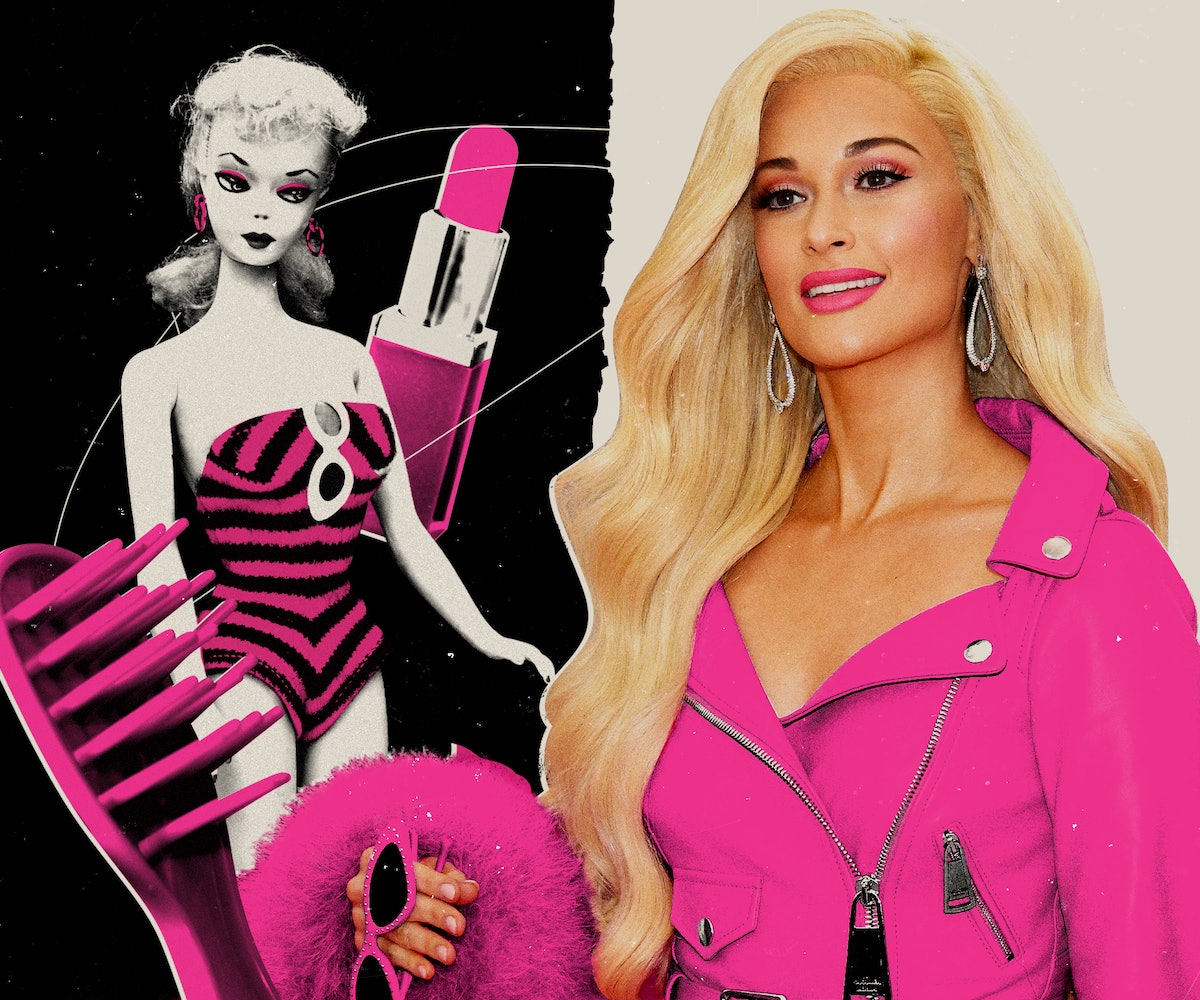 Nearly six decades after making her debut and Barbie's impact on the world of beauty is as strong as ever. The doll's current beauty routine is a far cry from that of the look she wore in the '60s, but her signature look and affinity for the color pink continues to serve as central inspiration for countless beauty brands, celebrity looks, and experts in the field.

The last year has brought about an explosion of Barbie-inspired beauty products, including a PÜR collection modeled after the doll, a M.A.C lipstick inspired by her favorite color, and even a collection of styling tools. Even before Barbie had inspired a revamped GLAMGLOW face mask, she was showing up on the red carpet, serving as the muse for Kacey Musgraves's 2019 Met Gala look.

It's not exactly common for a 60-year-old toy to come with continued beauty staying power, but Giovanni Delgado, the hairstylist responsible for Musgraves's Barbie waves, theorized that the brains behind Barbie have done their beauty research. "Barbie has been able to adapt throughout the decades, going from '60s mod to '90s glam to the modern looks she dons now," he said.

Most recently, Barbie has embraced the role of Insta-influencer, and as Lisa McKnight, SVP & Global Head of Barbie & Dolls at Mattel told NYLON, the doll has purposefully kept up with the current trends. "The first Barbie in 1959 had a signature red lip and gold hoop earrings, reflective of the times Today, we offer hundreds of looks and have evolved Barbie’s ‘makeup’ by softening her painted face to be a more neutral look with a lighter lip color as trends have evolved over the years. Even her eyebrows have undergone a few transformations, in-line with what’s in style," she said.

McKnight pointed out that Barbie's debut came with a cat eye, and since then, she's tried everything from crimped hair to neon coloring. "Barbie has always been a global fashion and beauty icon, constantly evolving to reflect culture and the world around her. She both inspires trends and follows them herself," she said.

When it comes to Barbie making an appearance in the beauty world, McKnight says that Mattel specifically looks for inspiring partnerships that further Barbie's message of empowerment.

According to Shannon Dellimore, Co-Founder GLAMGLOW, Barbie's spirit of confidence and independence continually resonates with fans. GLAMGLOW hoped to capture some of that essence with its line of Barbie skincare products, which naturally featured the inclusion of pink packaging. "Barbie's glam changes and evolves over time which is why she remains an icon. She's able to express herself in many different ways."

Tisha Thompson, VP of Marketing and Innovation at PÜR Cosmetics, also noted that Barbie's iconic, influential glam served as inspiration for the brand's recent Barbie line. Thompson believes nostalgia plays a role in Barbie's continued inclusion in beauty, saying, "From beauty to fashion to philanthropy, Barbie has evolved to being much more than a 'kids’ doll,' she is a symbol. The now more inclusive Barbie comes in more shapes, colors and sizes. Barbie has shown us all that we can be confident, innovative and fierce no matter our age, body type or skin color."

It's hard to predict what the next few decades might have in store for Barbie, and her many beauty routines, but it's clear her inclusion in the world of beauty will continue. "Barbie is really the original role model," Gregory Arlt, Director of Makeup Artistry at M.A.C Cosmetics said. "She truly exemplifies strength, confidence, and aspirational beauty, and even now more than ever with the diversity and inclusivity of the Barbie brand."

More than just a doll, Barbie encapsulates the creative freedom and willingness to try something new that's so often associated with makeup. "Creativity and self-expression are equally as essential to the Barbie mission as they are to the beauty industry," McKnight said. We know Barbie provides a blank canvas for self-expression and storytelling through beauty and makeup."