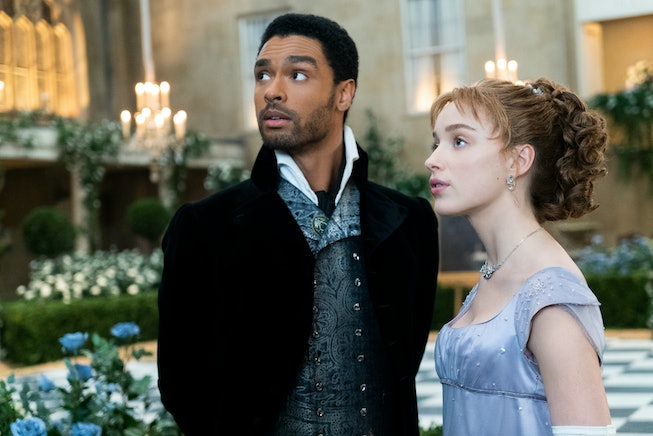 The beauty routines featured in Netflix's Bridgerton have become a topic almost as popular as Lady Whistledown's column. The show's hair and makeup team have already provided some details regarding the creation process, but according to one beauty brand, there was an $8 balm that everyone on the set of the period drama couldn't be without.

In a press release, Dr. PawPaw, the brand behind multipurpose balms, confirmed that the show frequently used its Original Balm. The multipurpose soothing balm, which retails for $8 at Ulta, was used on multiple cast members, Dr. PawPaw reports.

According to a statement provided by head Bridgerton hair and makeup designer, Marc Pilcher, "Dr. PAWPAW was a staple product." Pilcher reported that application was kept simple, and oftentimes product was applied with a finger. "It provided everyone with protection against the elements when we filmed during the winter and on night shoots," Pilcher said. "It was great for use on this period drama as we needed most of our cast to look natural and fresh and have beautiful lips in a natural way."

The balm proved especially useful in creating the natural, minimalistic beauty featured on Daphne Bridgerton, Lynda Pearce, the show's hair and makeup artist told Dr. PawPaw. "We used the Dr. PAWPAW Original Multipurpose Soothing Balm ($8 at Ulta) on Phoebe Dynevor, who played Daphne Bridgerton, to achieve a natural look," she said. "We often mixed it with a lip liner or lip stain, or sometimes applied it just on its own. It’s a fantastic product to keep the lips hydrated and glowing."

Along with the use of this modern-day beauty routine staple, Pilcher previously told NYLON that the hair and makeup team drew inspiration from classic Hollywood films, Audrey Hepburn, and Little House on the Prairie. "I draw ideas from old movies that most people have never seen, I grew up watching Hollywood musicals and old black and white movies," he said. "I created my vision of the period, but to suit each character."