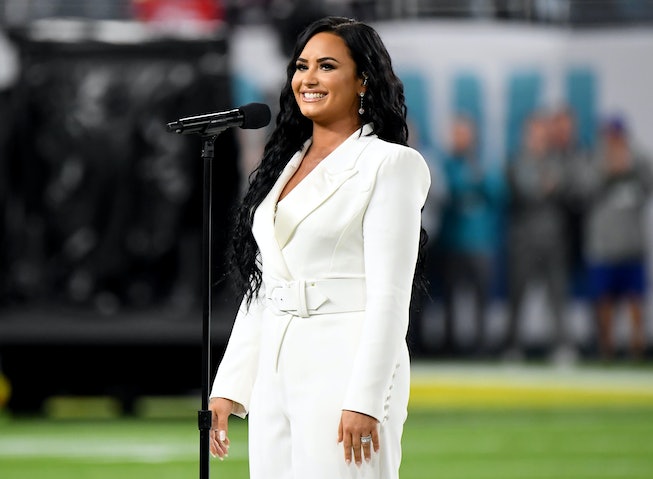 Demi Lovato has shared the reasoning behind her recent string of hair changes. As Instagram followers of the pop star know, Lovato has continued to go shorter with her hair, first debuting an undercut, and then a pastel pink pixie style. Celebrity hair changes are a common Hollywood occurrence, but Lovato is using her makeover as a means of sending a message.

Speaking with Glamour for its March cover, Lovato revealed that she has an “end goal” of completely shaving her head. She told the publication that her initial shave was “a symbolic shedding of the heteronormative box she was confined in for years.”

Referring to her past engagement to Max Ehrich, she noted, “When I started getting older, I started realizing how queer I really am. This past year I was engaged to a man, and when it didn’t work, I was like, this is a huge sign. I thought I was going to spend my life with someone. Now that I wasn’t going to, I felt this sense of relief that I could live my truth.”

Lovato acknowledged that she hasn’t always felt comfortable making such a public statement with her appearance. She specifically pointed to a 2014 style, which featured Lovato celebrating her Neon Lights Tour by shaving half of her head, and then dyeing the remaining hair a shade of neon pink. “My fans react when I color my hair. If they didn’t like it, I saw it...It reignited that fear inside of me of being who I really am.”

Although Lovato appears on the Glamour cover with her previous pink pixie cut, she did get another recent haircut. On February 26, she posted for an Instagram video with short, dark hair.

As for her current outlook on life and hair changes, Lovato closed the interview by admitting that’s beginning to feel more comfortable in her own skin. “Nothing people say or do is going to really change the way I live,” she said.