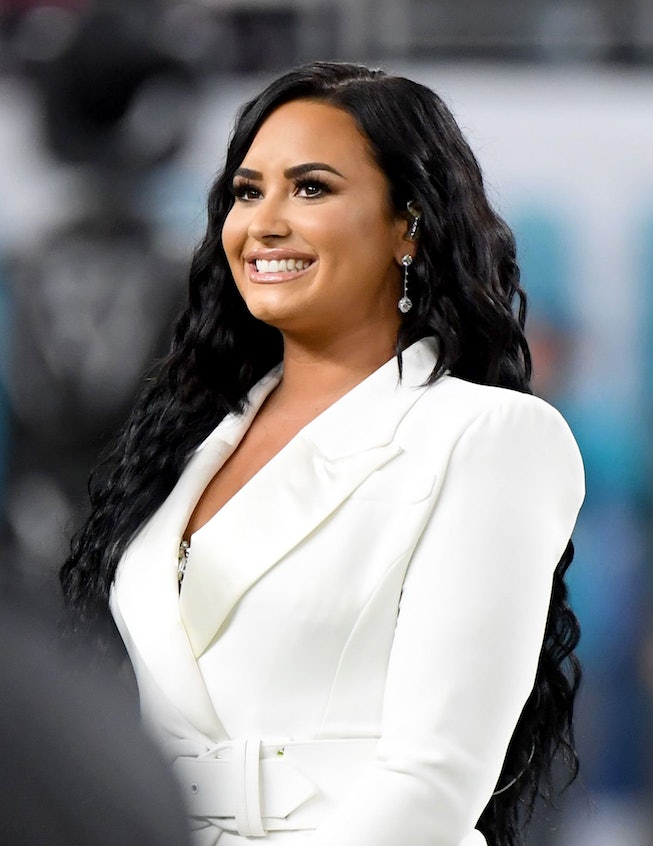 Demi Lovato has a whole new look. The singer has spent much of 2020 with long brunette hair, but as the year draws to a close, she made some major changes.

Over the weekend, Lovato served as host for the 2020 People's Choice Awards. It was there that she initially showed off newly dyed blonde hair. At the time, she appeared to be keeping the length of her hair, but only days later, she took to Instagram, announcing, "I did a thing."

As for the "thing" in question, Demi unveiled a short new haircut. The style, which was cut by hairstylist Paul Norton, features a side that's entirely shaved. The remaining hair pieces were cut short and parted to one side, with some pieces hanging loosely in front of Lovato's eyes.

In an additional photo shared by the singer, the shave appears to extended to the back of her head. Holding up her hair, it looks as though Lovato now has an under-shave, too.

Lovato is quite the fan of the undercut, previously donning the style back in 2014, and again in later years. At one point, she had even added blue dye to the shaved part.

The style earned the celebrity comment approval of Sarah Paulson, Ruby Rose, and Ashley Graham. As for her fans, some believe the style is pointing at a possible musical return from Lovato. Of course, nothing is official, yet, but a seventh studio album would certainly be cause for celebration.