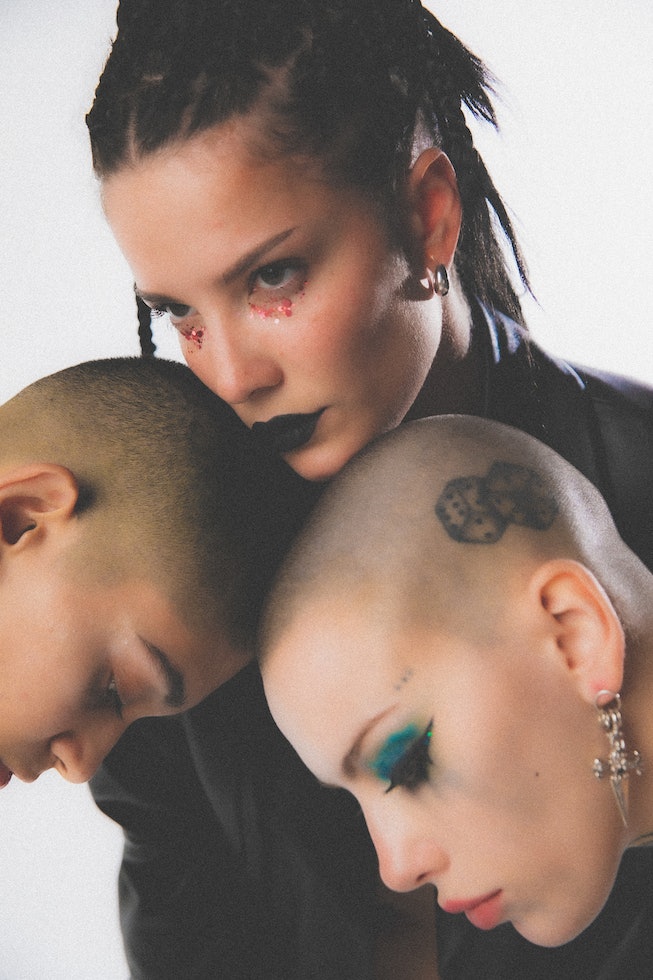 Forget the lovey-dovey sentiments and traditional all-red everything routine for Valentine's Day, because Halsey wants you to embrace the dramatic. Weeks after debuting her About-Face makeup collection, and the pop star has prepared a new collection, unveiling the About-Face Anti-VDay line.

The limited-edition launch comes just as the world prepares to celebrate a day of romance. While Valentine's Day is traditionally associated with professing your love for another, About-Face wants you to show a little self love, and created new shades of its Paint-It Matte Lip Color and its Matte Fix Lip Pencil.

In a press release statement, About-Face explained that Anti-VDay is about encouraging others to define their own romantic constructs and self-expression, in any form. "It's the permission to ignore all the rules and do whatever you want without waiting for that special someone. It's about taking the power back and doing things for yourself," Halsey noted.

New shades of the Lip Paint, a very pigmented product that delivers on long-lasting color, include a deep black called Night Side, a perfect cherry red called Fireside, and a toasted brick named Hush Tonite. The paints are joined by new colors of the lip pencils, including 4ever Flame, a matte cherry red and a vivid pink named New Love. Products join the previously released items, which were announced with About-Face's initial debut.