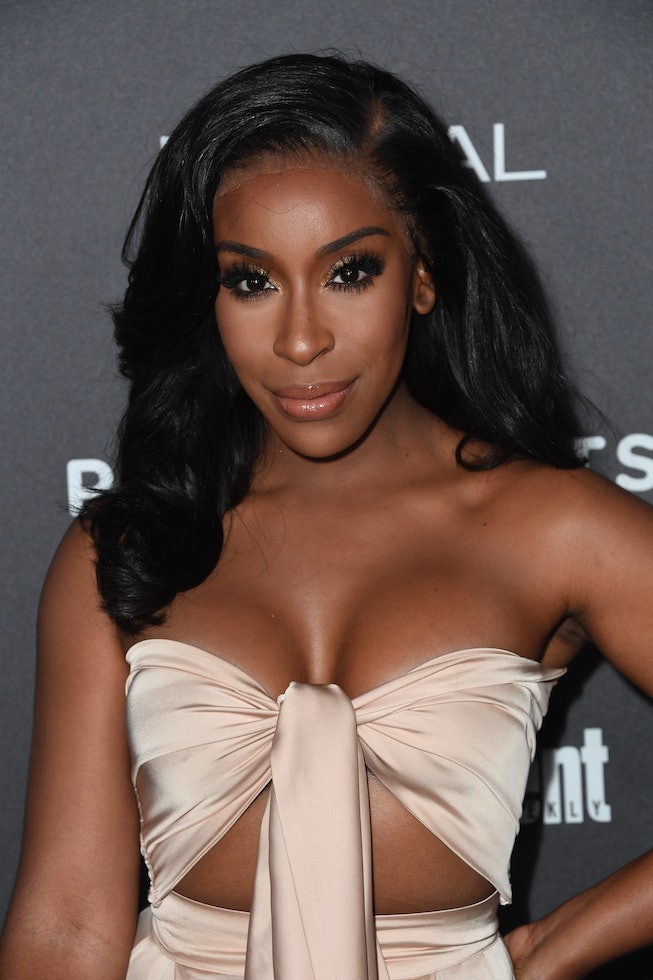 Jackie Aina wants to see a normalization of hyperpigmentation, dark marks, and skin conditions. In an Instagram post shared on Thursday, December 10, she challenged the practice of social media users commenting on the skin condition of their favorite celebrities, writing that she's not trying to be brave, but rather, she experiences skin conditions like everyone else.

Writing that she meant her comments "in the nicest way possible," Aina noted that she's aware that her skin is not perfect. However, she doesn't wish to be reminded of that. "I am not the ambassador for acne marks," she wrote. "I DO NOT want them there and I'm not more confident and care free than anybody else. I'm just doing my job which happens to be on camera."

The popular beauty YouTuber pointed out that when she receives messages commending her for "being brave" in showing off her "real skin," she feels self conscious. "I truly don't even think my skin is nearly as bad as people are saying it is but every time it's pointed out it's like great thanks for the reminder," she wrote.

She suggested that fans not point to her current skin condition, saying, "The more we point it out the less we normalize it. I would much rather bond with my audience in ways that it doesn't come at the expense of pointing out that I'm 'flawed' constantly," she wrote.

Aina later shared a video series to her Instagram Story, noting that she's aware that people don't mean harm when pointing to her skin. "I don't want to do something that's helpful for other people if it comes at risk of putting me down, whether you realize it or not," she explained. Going forward, Aina said that she may limit how much of her "real self," she shows, as she's "tired of being the poster child for acne marks." She said that the change will last for awhile, until she's comfortable again.

NEXT UP
Beauty
12 Lunar New Year Beauty Releases To Ring In The Year Of The Rabbit
Astrology
January 2023’s New Moon In Aquarius Is All About The Big Picture
Beauty
Otherland’s New Candle Collection Is A Sensory Time Capsule Of The ’90s
Beauty
Meet Naezrah, The Abstract Makeup Artist Behind SZA’s Coolest Looks
Style + Culture, delivered straight to your inbox.