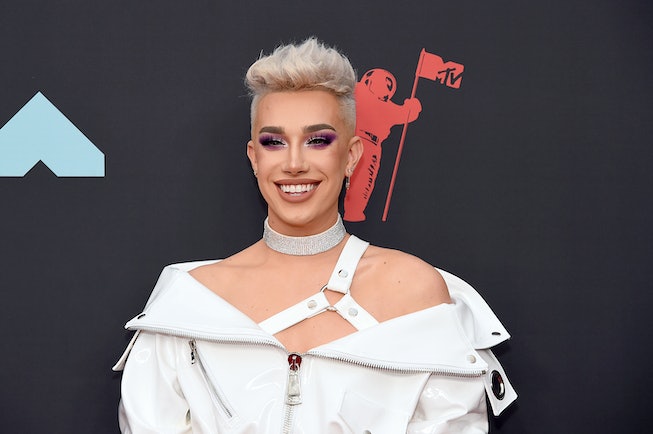 James Charles is among the YouTubers apologizing after he was spotted in attendance at a recent party at the Hype House. Last week, Larray, a fellow YouTuber and TikTok star, held a party at the Hype House in Los Angeles, California, Buzzfeed reported. As photos from the event made their way to social media, those in attendance were criticized, as many rightfully pointed out that the coronavirus pandemic continues, and it seemed that the gathering did little to follow the recommend guidance regarding masks and social distancing.

As Buzzfeed notes, Charles, along with influencers including Tana Mongeau, Charli and Dixie D'Amelio, and Nikita Dragun were all spotted sharing in the festivities. The party came as California recorded the most COVID-19 cases in the United States, and many at the party posed for photos without masks, and without adhering to six feet of distance. Gatherings in the state of California are currently prohibited by the state, unless for faith-based services, cultural ceremonies, or protests.

Following the event, Tyler Oakley, along with others on social media had criticized those in attendance. "Please consider social distancing, mask wearing, & using your huge platforms to encourage responsibility during a worldwide pandemic," Oakley wrote on Twitter.

Since the party was held, Larray has responded, tweeting, "I understand 100% where ur coming from & it was a dumb thing to do. I will do better & will actually take this sh*t seriously. appreciate you tyler much love." Mongeau also apologized, sharing a statement on her Instagram Story, that called her actions "careless and irresponsible."

As for his part, Charles posted a statement in the middle of his latest video. He acknowledged that he had removed footage of the party from his video, writing, "Even though I have been wearing a mask in public and have tested negative multiple times, going to a party during a pandemic was a selfish and stupid decision." He continued, writing, "I recognize that with my platform comes responsibility, and I encourage you guys to be smarter than I was. Wear your masks and continue to social distance."

Despite his apology, this is not the first time that Charles has received criticism regarding an alleged lack of social distancing. At the beginning of May, fans questioned whether he had broken social distancing rules to film a collaborative video with Trixie Mattel. Questions from fans regarding the video remain unanswered, as Charles never addressed whether the video was filmed before or after much of the United States was instructed to remain socially distant to prevent ongoing coronavirus spread.

Below, read the entirety of his statement on the Hype House party.