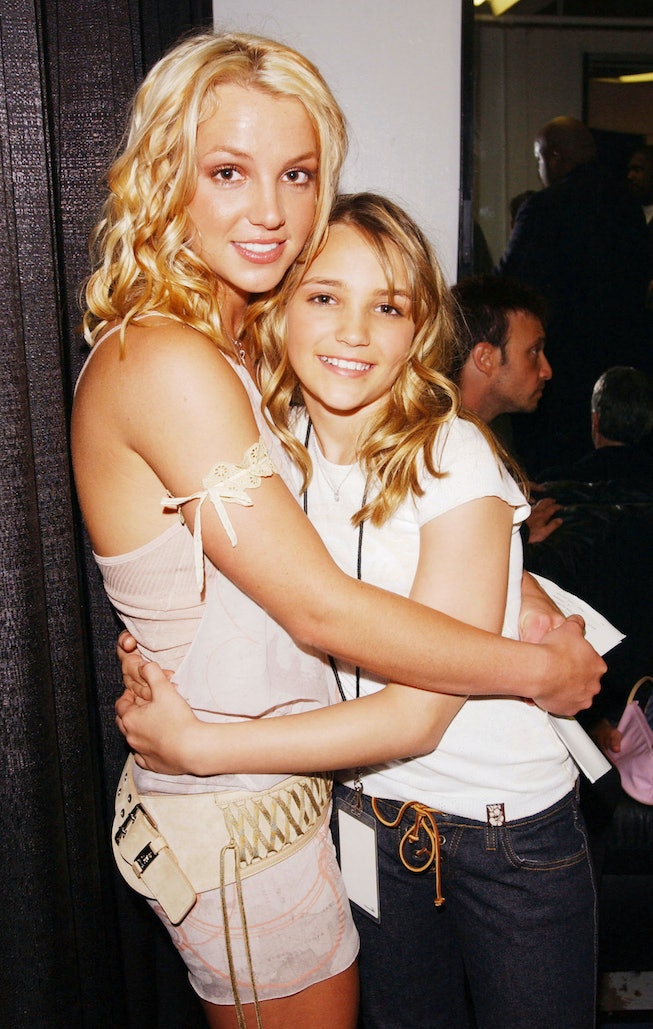 As a result of the ongoing #FreeBritney movement, an Internet-based movement aimed at ending the conservatorship of Britney Spears, there's been increased attention surrounding the pop star. With fans eager to learn more about Spears and lend their support, some have turned to her family, asking them to speak on behalf of the singer. However, in a series of recent Instagram statements, Jamie Lynn, the sister of Britney, explained why she likely won't be sharing information publicly.

On Tuesday, July 22, Spears shared an Instagram post of various recent tweets made about mental health in response to the recent discourse surrounding Kanye West. Among the statements shared was a tweet by Halsey, which had addressed that unless you can offer sympathy or support to someone struggling with mental illness, it's best to remain silent.

Although Spears didn't specify who, if anyone, she was referring to with her post, some on social media speculated it was a message about her sister, Today reported. One person believed that Spears should clarify her statement, writing, "I love you, but around this sensitive situation some clarification is needed for both sides. People need to understand, not assume."

She later responded to the person, writing, "I would never speak out just to clarify things to the public, when they person it pertains to does not want that to happen. I’d rather take all the hate, then speak about someone elses personal matter, that they want to be kept private."

In an additional, but now deleted comment, one person wrote, "How about your sisters OBVIOUS mental illness? Why don’t you speak on that?” Spears also responded, writing, "You have no right to assume anything about my sister, and I have NO right to speak about HER health and personal matters. She is a strong, badass, unstoppable woman, and that’s the only thing that is OBVIOUS."

The current situation regarding Britney is obviously concerning for many, and while some fans may have questions, Spears has a point in asking for privacy for the family. So much of what's happening with Spears is unknown to fans, but the responsibility of sharing information shouldn't solely fall on the shoulders of her sister. Fans that do wish to lend their support, or feel a need to get involved can learn more information on a website, created by fans, that is dedicated to the #FreeBritney movement.