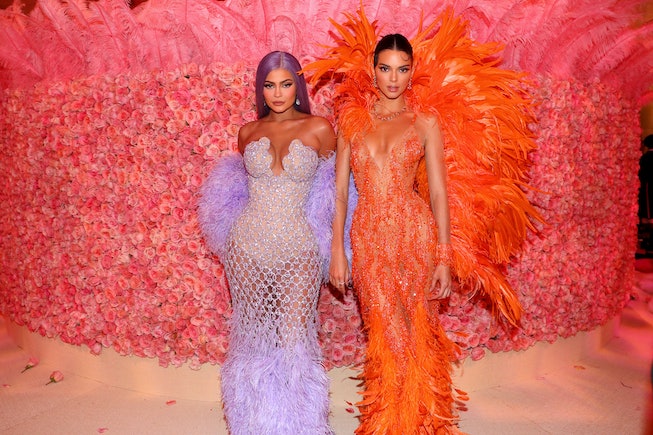 There are few remaining members of the Kardashian-Jenner family that have yet to make their imprint on the Kylie Cosmetics brand. Just about everyone in the family has collaborated with Kylie Jenner at some point, and now, Kendall Jenner is finally joining the club.

A collection between the pair has long been hinted at, with Kendall previously appearing on The Ellen Show to confirm her status as possibly the final family members to finally work with Kylie. At the time, she had explained she was unable to work with her sister due to a contract with another makeup company. Now, the time has finally come, and fans are finally getting the first peek, thanks to an Instagram Story post shared by the sisters on Wednesday, June 17.

Although the brief glimpse at the impending launch offered no clues as to possible products, fans did get a peek at the packaging, and some believe the sisters were holding a Lip Kit. "Kendall collection coming soon," Kylie wrote overtop a picture of a rectangular box that featured the sisters posing together. Kendall also shared a photograph of an Instagram Live with Kylie, and in the photo, the sisters were holding the same product.

The two were also in full glam, wearing possible products from the collection that might include neutral-colored eyeshadow and soft lip colors.

Based on a previous vlog shared by Kylie, Harpers Bazaar reports that the collection will possibly include an eyeshadow palette and contour stick. However, the vlog was released in 2019, and it's unclear whether plans for the line remain the same.

One thing is for certain, the collection is sure to be a must-have for Kylie Cosmetics fans. During her previous Ellen appearance, Kendall had hyped up the launch, saying, "We're really going big because I'm her full blood." You'll have to wait and see what "big" entails, but her past collaborative collections with family members have included Lip Kits, eyeshadow palettes, and highlighters.

News of the collaboration comes just days after another member of the Kardashian-Jenner family reportedly started making plans for a cosmetics collection. According to TMZ, Kanye West filed trademarks for a Yeezy beauty line that will include face masks, false eyelashes, makeup, nail polish, moisturizers, bath gels, body oils, shaving cream, hair products and perfumes. And who knows, at at his rate, there might also be a chance for a Yeezy and Kylie Cosmetics collab in the future, too.

Below, get your first look at Kendall's upcoming Kylie Cosmetics launch.