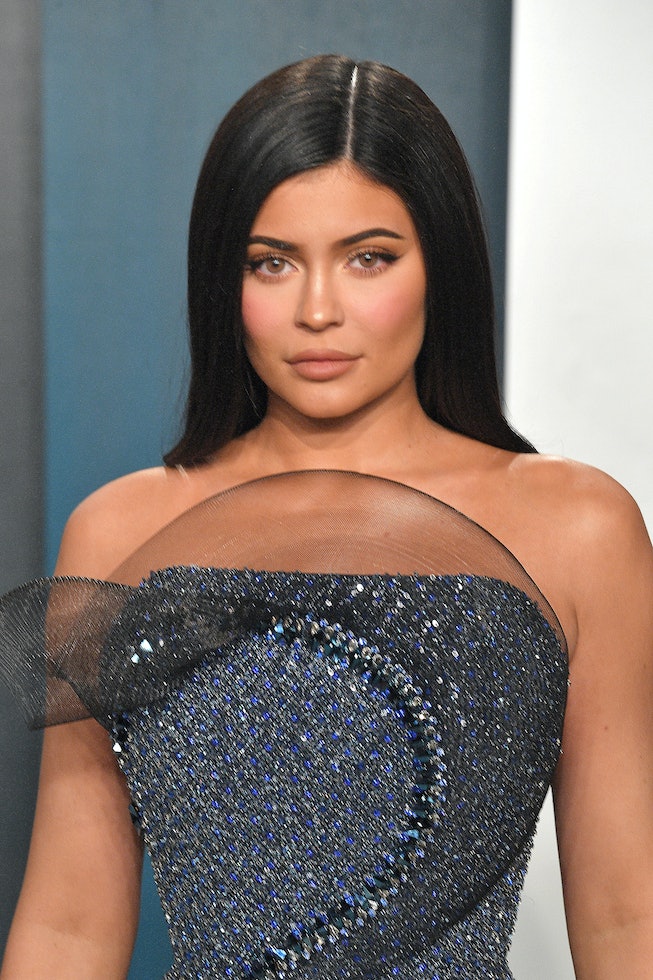 From blunt bangs to an ocean-blue bob, Kylie Jenner is constantly swapping out one hairstyle for the next. After spending the last few days with a braid that extended past her stomach, she debuted an updated, sparkly take on the style.

Nearly a week ago, Jenner added some lengthy extensions to her dark-colored hair. Once donning wavy hair, she later chose a braid, and on Monday, February 1, she added jewels, ringing in Stormi Webster's birthday with a dazzling new look.

Taking to her Instagram Story ahead of a party for her daughter, Jenner's newly jewel-encrusted braid was on display. The braid was tucked over her shoulder, and in additional images, you could see tiny stones that were dotted throughout her hair.

In a photo that captured the back of Jenner, you could see that jewels began at the base of the braid, and ran all the way to the bottom. In one photo, she paired the style with a dark turtleneck sweater, and in the second, she was spotted in an orange puffer jacket.

This latest change in hair comes after Jenner previously went auburn. At one point, her red hair was styled in a similar long braided fashion. However, the color didn't stick around for long, as Jenner was later back to brunette.

Get a look at her bedazzled braid, below.