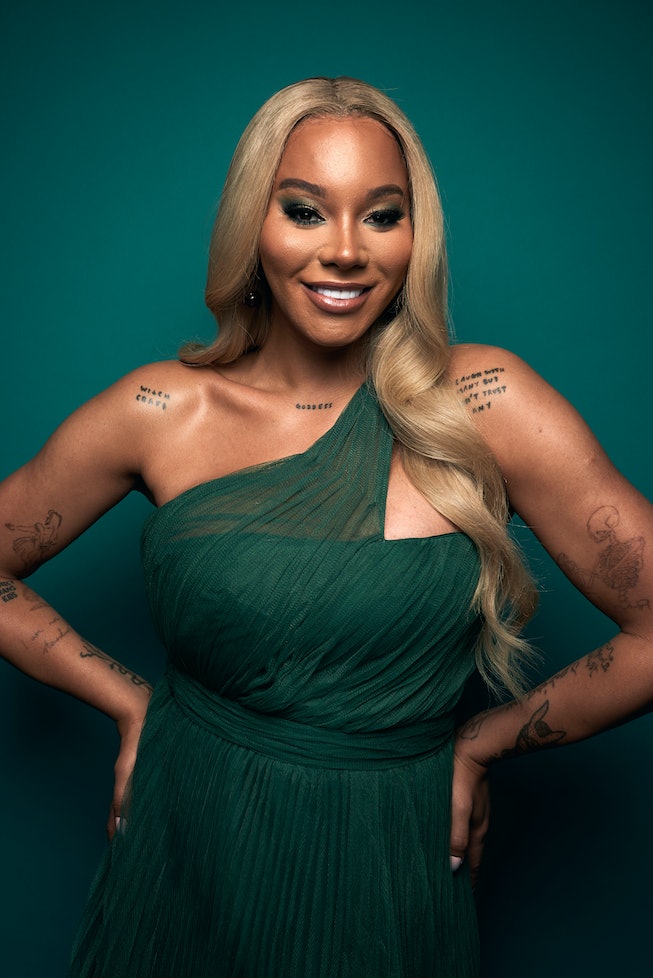 Nearly one week after Munroe Bergdorf called out L'Oréal Paris for its contradictory messaging of support for Black Lives Matter, and the company has responded. On Tuesday, June 9, L'Oréal Paris shared that it had met with its former brand model, and after speaking, the company agreed it should have done more to previously support Bergdorf.

Prior to Tuesday's statement, L'Oréal Paris had shared a message of solidarity for the Black Lives Matter movement on its Instagram page. At the time, Bergdorf called them out, sharing her experience of being dropped from a campaign with the company in 2017. Her then firing was attributed to a statement made by Bergdorf that had denounced white supremacy, The Guardian reported.

In Tuesday's Instagram statement from Delphine Viguier, L’Oréal Paris Brand President, the company confirmed it had met with the model. "We listened to each other and shared our feelings and perspectives on the situation with open hearts and minds. It was a powerful moment of human connection," Viguier wrote. "3 years ago, Munroe felt silenced by a brand, L’Oréal Paris, that had the power to amplify her voice. While we both agree today that negative labels should not be used to define all individuals in any group, I understand much better the pain and trauma that were behind Munroe’s words back then and the urgency she felt to speak in defense of the Black community against systemic racism."

Admitting that the brand now regrets the lack of support shown to Bergdorf, Viguier shared how they intended to move forward. "The L’Oréal Group is forming a UK Diversity & Inclusion Advisory Board of voices inside and outside the company, who will influence and inform our action plan. I have invited Munroe to participate on this Board and thank her for graciously accepting." The company also announced its donating to "associations that support social justice and causes that are deeply personal to Munroe’s experience."

Touching on the conversation via her own social media statement, Bergdorf confirmed she had accepted a seat on the Board. She called the conversation "open and constructive," and said her participation on the board would be the "perfect opportunity to practice what I preach and take up that seat at the table to be the representation we deserve as a community."

Closing her statement, Bergdorf acknowledged that it feels good to finally have closure on the situation, and she looks forward to continuing her work. "I have realised my responsibility as an activist is to unite as people, regardless of our identity," she wrote. "We are all in an exciting time of change."

Below, read the full statements from both L'Oréal Paris and Bergdorf.

NEXT UP
Beauty
The Most Viral TikTok Beauty Products of 2022
Beauty
Tumblr’s Coquette Aesthetic Is Taking Over Beauty — How To Get The Look
Beauty
It’s Official, Y2K Beauty Trends Still Rule The Runway
Beauty
Thom Browne’s Spring 2023 Show Was A Punk Rock Beauty Circus