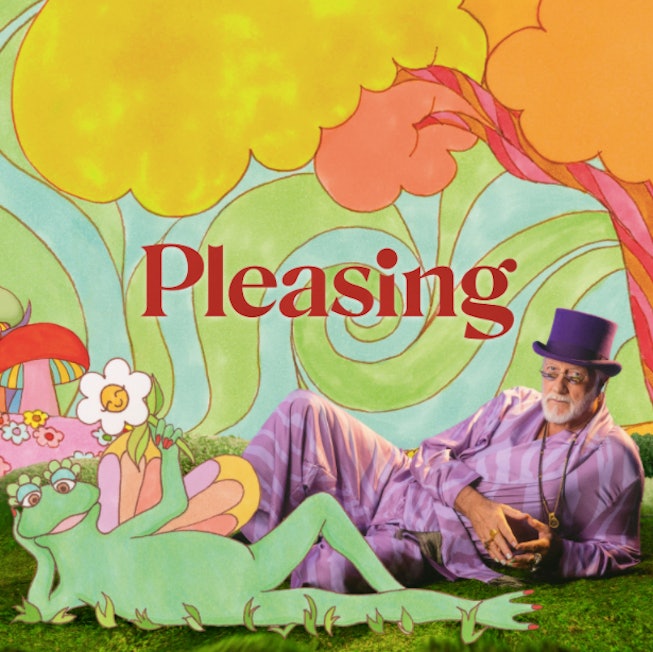 Ever since Harry Styles first dropped his boundary-blurring beauty line, Pleasing, in November of 2021, we knew that we would be craving much more than just the initial six-product drop. The first collection, called the “Perfect Pearl” collection, consisted of four nail polishes, an eye and lip balm, and a pearly serum primer. Now, Harry and the brand are finally promising to deliver a new range later this month. To help announce the new drop, named “Shroom Bloom,” Pleasing also announced legendary musician Mick Fleetwood as the new face of the brand and the star of the new collection’s psychedelic campaign, alongside cartoon frogs, flowers, and oversized mushrooms. Pleasing’s new campaign shows Fleetwood with his nails painted (naturally) in the colors from the new launch.

“Mick is someone who brings me— and countless others — great joy. I felt there couldn’t be a better embodiment of Pleasing, or a person who could so naturally capture the wizardry that we love,” Styles said in an interview with Vogue about the choice to bring on Fleetwood. The two musicians initially connected when Fleetwood took his daughters to see One Direction, and have maintained a long friendship leading up to this fitting collaboration.

The Shroom Bloom collection will consist of a new serum, a hand and nail balm, and most excitingly for nail polish fans, four new shades in a “nature-inspired palette.” The Acid Drops Lucid Overnight Serum is a gently resurfacing AHA serum to be used once or twice a week at night to reveal bright and glowy skin. The Hand and Nail Balm features the collection’s titular snow mushroom as a primary ingredient for hydrating hands and cuticles. The new Shroom Bloom Polishes come in four alluring shades, including Sprouting, a minty pale green, Vine Ripe red, Tender Bud, a beige-y neutral, and the brand’s first glitter polish named The Whole Dewniverse.

The beauty drop will also be accompanied by a run of limited-edition whimsical apparel, tying into the trippy nature of the new drop. Mark your calendars now as the micro-collection will be available starting at 12 noon EST on March 15 at pleasing.com. If it’s anything like the original launch, stock will not last for very long.