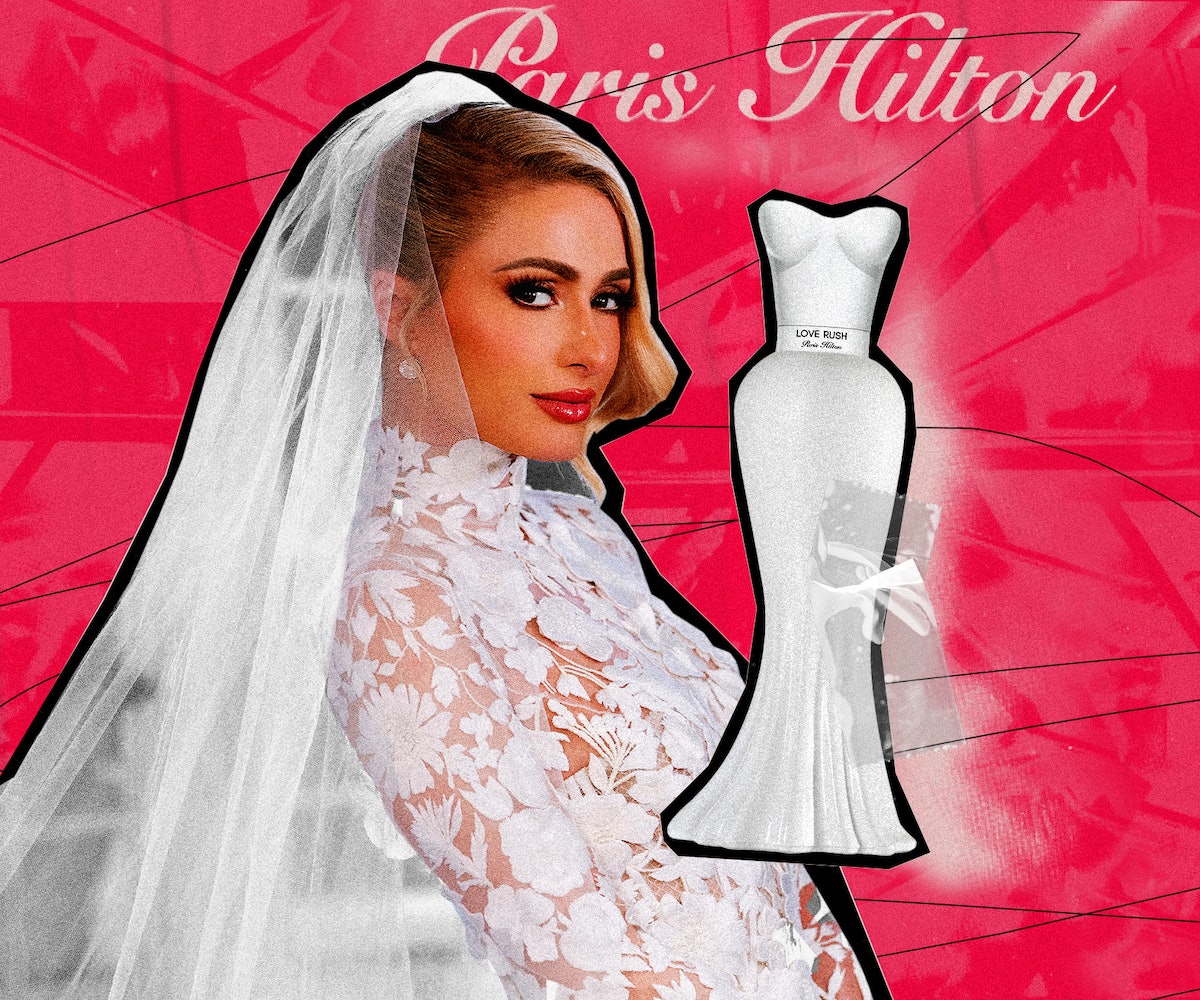 by Sam Neibart
November 10, 2022
We may receive a portion of sales if you purchase a product through a link in this article.

For the two-plus decades that Paris Hilton has been in the public consciousness, she has been a point of fascination and infatuation. Her fairy pink aura has enveloped generations of fans, and although she has revealed new facets of herself as she’s grown up (and her fans have, too), some things remain the same. We still all want want to watch her, look like her, dress like her, talk like her — even smell like her. It’s as true as ever today as it was in the early aughts.

Long before seemingly every celebrity had their own beauty line, there was Paris. She launched her original Paris Hilton for Women fragrance in 2004 at the front end of the celebrity scent craze, kicking off an era of celeb beauty projects that’s never fully died down. Unlike some other famous people’s brands, Hilton’s has been consistent and prolific in the creation of new scents over the course of 18 years. Her newest fragrance, Love Rush, is the 29th fragrance in her oeuvre. She created it specifically for her own wedding and is releasing it on the occasion of her first wedding anniversary (iconically on 11/11).

As the fragrance she created specifically for her wedding day, “It’s definitely my most intimate fragrance to date,” she says. But for Paris, that intimacy is meant to be shared. In a world of people obsessed with the idea of a “signature scent,” one that’s yours and that you don’t want anyone else to have, her philosophy has always been the exact opposite. “I made it for everyone to wear,” she explains. “It’s for someone who is passionate and loves life and who loves being in love.” She says what is hers has always been meant to be shared with her fans — as they’re the ones who keep her making new fragrances throughout all these years: “I get inspired by things that are happening in my life and put them into my fragrances so people have a part of me that they can wear.”

NYLON caught up with Paris to talk her long love of fragrance, her dream wedding scent, and her ever-growing beauty empire.

Do you remember the first fragrance you ever loved?

I remember when my sister and I were little, we would go into my mom's boudoir — she collected perfumes — and we would just spray ourselves all over with them. I loved my mom's Quelques Fleurs and then there was another one called Joy by John Patou. They're just so old school, I love them.

Were you always interested in creating your own perfume?

When I was a little girl, I told my mom one day I was going have my own perfume. So, to be releasing my 29th fragrance is such a dream come true. Fragrance is one of my favorite accessories because I feel it’s something that you're remembered by. When I was coming up with my own product line back when I was 16 and I just moved to New York, a perfume was the first thing that I wanted to do.

What has kept you coming back to fragrance and making more?

Do you wear fragrance every day?

Yes. And the fact that I have 29 of them means I have lots of choices. When I travel, I'll bring, like, eight of them with me and wear whichever one is matching the mood. I love a romantic, kind of vanilla-gardenia scent for date night. If I'm gonna be doing, I don't know, adventurous stuff like horseback riding or something, I would want something more floral and fresh.

What's the story behind Love Rush?

I always dreamed of my wedding day and creating a fragrance to wear on the big day, so this is so special and memorable. Love Rush is definitely my most intimate fragrance to date. Whenever I'm wearing it, it brings back so many memories and I feel this true love and happiness. Every bride should wear it on their special day!

Did you have a clear idea of what you wanted when you were starting to create it?

I knew I wanted it to be something that was beautiful and floral. We have notes of Italian bergamot, white apricot nectar, gardenia, sandalwood, and vanilla orchid — all these scents that are so romantic and uplift your mood. Having gardenia in there and the vanilla orchid was really important to me. Then, when the perfumer showed me the white apricot note, everything was so perfect when they put it together. It’s what a bride should smell like when they're walking down the aisle.

Do you have a favorite of your 29 fragrances?

It's like children, it's hard to choose your favorite. I love all of them so much. For right now, my favorite is Love Rush because it has such a special place in my heart and it’s my newest one. But I also love the OG Paris Hilton, it’s the first fragrance I ever released in 2004, and it’s still a huge, huge seller of ours.

Has your approach to creating fragrances changed since your first fragrance came out?

I've been so hands on in the process since day one, my knowledge has just increased with experience. In the beginning I thought I was just going to make one perfume, I didn't realize it would turn into such an empire. I get inspired by things that are happening in my life and put them into my fragrances so people have a part of me that they can wear and carry around.