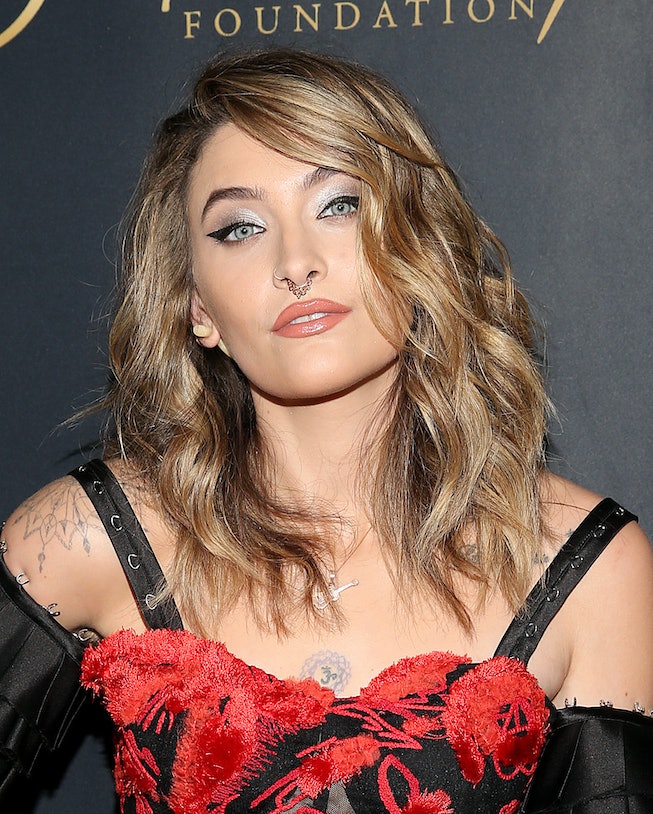 Many tattoo parlors are shuttered in response to the coronavirus pandemic, but that didn't stop Paris Jackson from finding a way to add to her growing tattoo collection. On Monday, May 11, Jackson acted as her own tattoo artist and gave herself a foot tattoo.

Before sharing the completed work on Instagram, Jackson took her followers along for the process, documenting her ink application via Instagram Story posts. For the first post to her Story, she has her foot situated atop a stool, and the sounds of her inking process are drowned out by the inclusion of Pedro The Lion's "Yellow Bike."

She chooses the song to again soundtrack her second photograph, which has Jackson extending a curly line on her toe. She later dabs up some of the extra ink. Following the two Story posts, Jackson shared an image to her grid, captioning the photo with a set of footprint emojis.

Although Jackson didn't share the significance or meaning to the design, the small piece of artwork comes after she previously debuted ink inspired by Lord of the Rings. She shared a close-up of the neck tattoo back in May, and attributed the tattooed quote to a line from The Lord of the Rings: The Fellowship of the Ring. As her Instagram image shows, Jackson has quite a few tattoos, including a lower back tattoo, a sunflower, and a feather.

See the tattoo and posts from her Instagram Story, below.