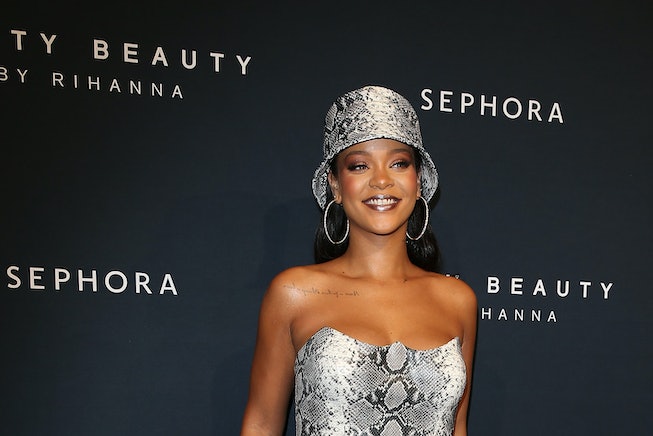 Photo by Caroline McCredie/Getty Images for Fenty Beauty by Rihanna

The moment Fenty Beauty fans have been waiting for has arrived. After forever changing the world of makeup with Fenty Beauty's line of inclusive foundations and dozens of must-have products, Rihanna is expanding into skincare with the launch of Fenty Skin.

It's been a whirlwind few hours for Fenty fans, as rumors of a possibly imminent launch started when social media users spotted a newly verified Fenty Skin Twitter account. Thankfully, followers didn't have to wait long for details, as the beauty mogul that apparently never sleeps later launched an official website for Fenty Skin on Tuesday, July 14, morning.

Only mere days stand between Fenty followers and the launch, but rumors of Rihanna's skincare expansion have long been circulating. Initially filing a trademark for a skincare launch in 2019, Rihanna later hinted at the products in a more recent interview.

Speaking with British Vogue for its May 2020 issue, Rihanna shared her thoughts on what makes a successful skincare line. “Skincare, it’s the truth. It either works or it doesn’t. There’s nowhere to hide," she said. The piece had also confirmed that Fenty Skin was in the works.

The interview didn't include Rihanna touching on any possible products, but Page Six reported that Rihanna's trademark filings had included “medicated and non-medicated skincare, soap, body care and personal care products (excluding color cosmetics, perfume and other fragrance-only products), and related accessories such as kits, tools and applicators.”