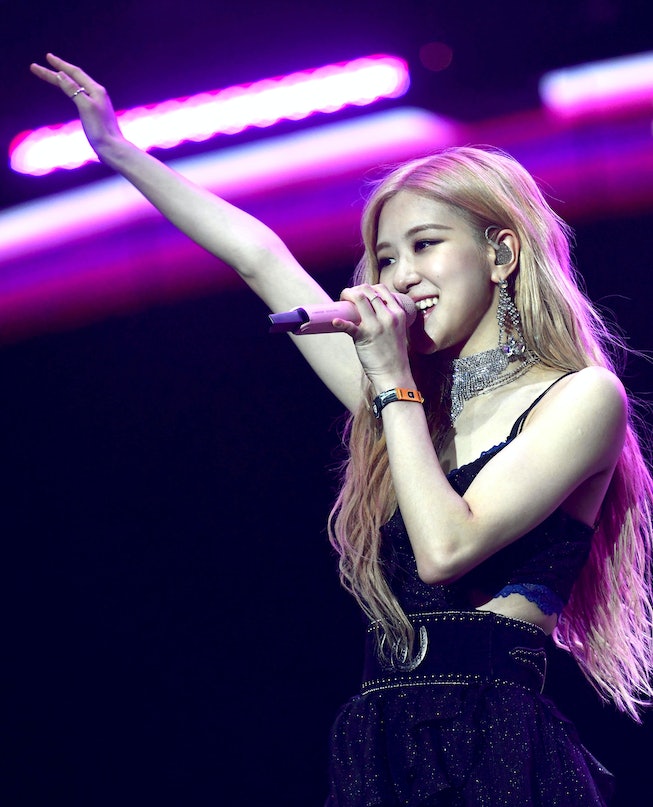 Over the years, YSL Beauty has looked to countless iconic celebrities as its muses. Sky Ferreira, Courtney Love, Cara Delevingne, and Zoë Kravtiz have all appeared in campaign imagery for the brand, and now Rose of BLACKPINK was named its newest muse.

The news was made official on Monday, January 4, as the Vogue Korea Instagram account revealed a first look at campaign imagery. In the photos, Rosé is holding a forthcoming YSL Beauty marble compact. An accompanying Instagram caption also notes that additional images from the shoot will be revealed on January 7.

Prior to Monday's post, a previous teaser trailer shared by Vogue Korea appeared to hint at the appointment. In the video, an accompanying caption detailed how a new YSL Beauty muse would be named on January 4, 2021, and Rosé of BLACKPINK was shown, appearing from a dark, smoky room.

Fans will have to stay tuned to see what her role as muse entails, but past campaign ambassadors, including Dua Lipa, have starred in stunning photoshoots and worked on collaborative projects with the brand. Prior to securing this role with YSL Beauty, Rosé appeared in images for Yves Saint Laurent’s autumn/winter 2020 campaign, Vogue UK reported.

Rosé isn't the only member of BLACKPINK making a mark in the world of beauty. This year, MAC Cosmetics named Lisa as its newest global ambassador, and she was featured in a photoshoot for MAC's holiday 2020 collection. Lisa had also served as a global ambassador for Celine.

See the first photos of Rosé for YSL Beauty, below.

NEXT UP
Beauty
TikTok’s New Beauty Trend Is Skin Care With A Side Of Existentialism
Life
Ask A Witch: Protection Spells For Beginners
Beauty
The Presley Women Are The Ultimate Rock And Roll Beauty Icons
Beauty
Over 60 Major Beauty Brands Have Come Together In Support of Reproductive Health Care