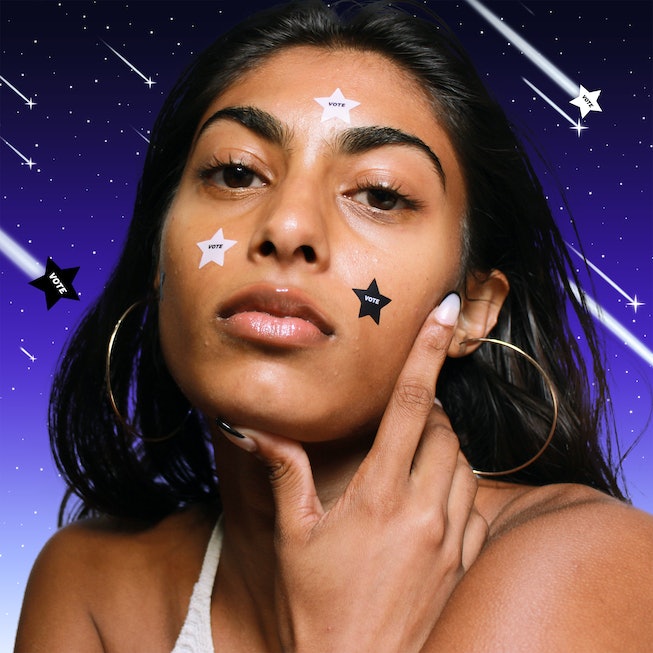 Thanks to the latest Starface launch, incorporating activism into your beauty routine is easier than ever. The beauty industry has long used makeup to send a message, and with its latest star-shaped acne patch, Starface wants you to encourage others to vote.

The brand behind always adorable skincare products released its Vote Stars, a limited-edition variation of its popular acne-fighting Hydro-Stars. Created in collaboration with the Alliance for Youth Action, a nationwide network of organizations building the progressive political power of young people, the two hope to influence and spur conversations on voting. As part of the collaboration, Starface will be donating $10,000 directly to Alliance for Youth Action.

Everything you already know and love about the Starface Hydro-Star is featured in this special release. Stars come in black and white, and the word vote is featured on the front. Beneath the cute exterior is a patch ready to fight off acne. Featuring hydrocolloid, a substance borrowed from surgical dressing that’s clinically proven to help flatten pimples by absorbing bacteria and fluid, the stars are vegan, cruelty-free, and safe for use on sensitive skin.

The vote stars might not be sticking around permanently, but the brand does have another way for you to give back. Earlier this year, Starface released Rainbow Hydro-Stars, and all net proceeds from sales of the stars in the US will be allocated to the Black Led Movement Fund and the Hetrick-Martin Institute for LGBTQ+ youth.

To get the goods by election day on November 3, Starface suggests ordering your stars by October 25. Below, check out the stars for yourself.