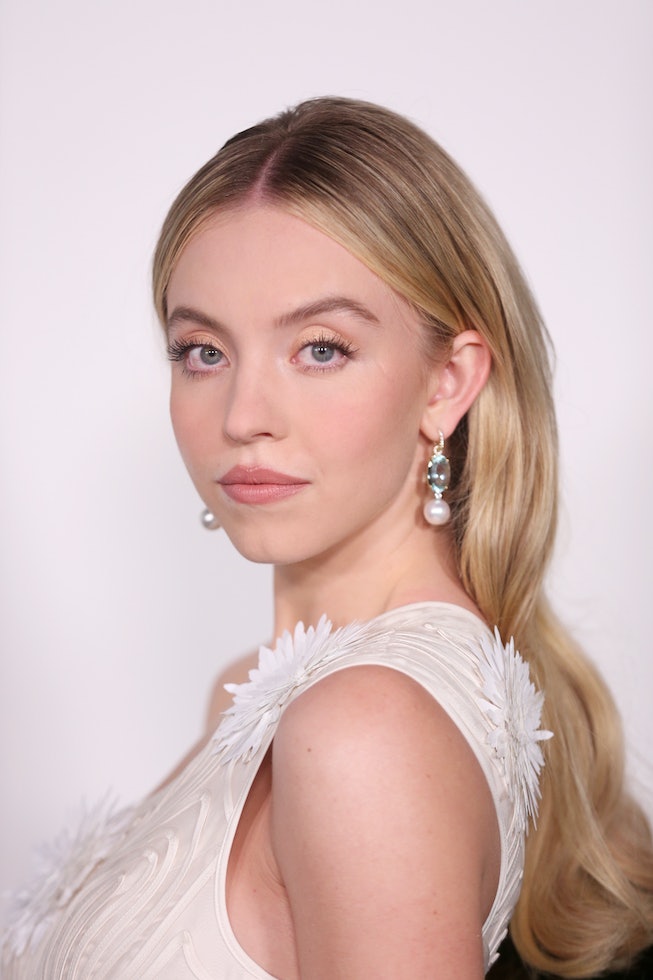 Last week was a big week for Euphoria star Sydney Sweeney. Coming off of the February 27 Euphoria season two finale, she was top of everyone’s minds as an actress to watch out for in 2022, after her incredible performance as the show’s perpetually unhinged Cassie. Her own personal life also sparked attention as she was spotted wearing a diamond ring on her ring finger, igniting engagement rumors with her long-term boyfriend Jonathan Davino. Then, on Sunday, the 24-year-old actress debuted a brand new strawberry blonde hair color while attending the 2022 Film Independent Spirit Awards in Santa Monica, California where she was one of the presenters at the event.

Sweeney is just the latest to join the ever-growing list of celebrities trying out new red hair this season. Her Euphoria co-star Barbie Ferreira recently went red, calling the look "Barbie Weasley", and Kendall Jenner went copper red for the Prada Fall 2022 show in Milan, walking the runway with her hair freshly dyed and keeping the season’s most popular shade throughout fashion month ever since.

Sweeney has previously kept her hair coloring close to her natural shade—traversing between soft blonde tones and light sandy browns. This makes her latest switch up her most dramatic yet. Revealing the hair on Instagram, Sweeney captioned the post: “So.. I did a thing 🍓”. Naturally, the internet responded accordingly. Celebrity hairstylist Glen Coco commented “BANGIN’ 🔥” and Euphoria co-star Maude Apatow wrote, “I love it so much.”

While copper hair has been trending all winter, with the likes of Gigi Hadid, Bella Hadid, and Dua Lipa all briefly trying out the shade temporarily last year, Sweeney’s soft strawberry blonde shows the shade’s versatility when heading into the warmer months. In fact, copper seems to be the hair color of choice for most of our favorite celebrities this year when they want to make a splash.

With the buzz around copper only gaining more momentum, how long Sweeney will rock the smoldering shade still remains to be seen. If Barbie Ferreira and Kendall Jenner are anything to go by, however, red is slowly shifting from a shade celebrities turn to for a passing change, into the shade that can last you through spring and summer. The only downside of Sweeney’s new shade, as far as we’re concerned, is that it confirms what we all knew but have been struggling to accept—Euphoria filming is well and truly over.