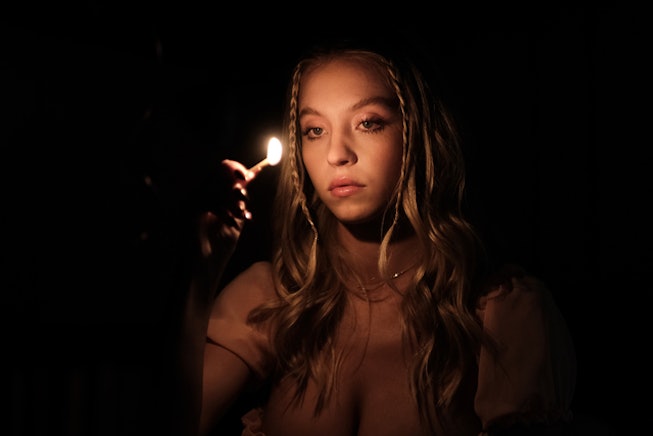 This Sunday, HBO will air the second season finale of its very popular teen drama Euphoria. For the past seven weeks, the Sam Levinson-created drama has dominated the cultural conversation: every Sunday night (and for several days after), fans all around the globe take to Twitter, Instagram, and TikTok to dissect the latest installment, whether they are carefully analyzing character motivations and plot developments or just creating the next viral meme.

Given the level of attention paid to the series, it’s no real surprise that fans are quite eagle-eyed when it comes to storylines. While Euphoria has shock value and impressive visuals on lock, the HBO hit sometimes struggles with plot continuity, leaving fans on edge for weeks at a time as they try to determine how one character will respond to a specific event, or how another will wriggle their way out of a dire situation. But that doesn’t mean the show intends to keep us in the dark forever; perhaps, Levinson & Co. are just waiting for the perfect time to clue us in. So, as we approach the final chapter in this sprawling tale of teen melodrama, NYLON is asking several essential questions we’d like to have answered by the end of this Sunday’s episode.

What is Cassie going to do?

Euphoria’s very meta, play-centric, penultimate episode concluded with the show’s first ever “To be continued…” The three ominous words appeared over a frame of Cassie (Sydney Sweeney) heavily breathing onto a window that looked directly into the theater where her sister Lexi’s (Maude Apatow) play was being met with rapturous applause by just about everyone in the audience. Everyone, that is, except for Nate Jacobs (Jacob Elordi), Cassie’s abusive boyfriend who had just dumped her because of his depiction in said play. “She’s your fucking sister,” he yelled at Cassie, right before instructing her to pack her stuff up and move out of his house.

It’s clear that Nate partially blames Cassie for her sister’s play, and given Cassie’s current unhealthy devotion to Nate, we can safely assume that she isn’t going to let Lexi get away with ruining her relationship. Fans have been quick to draw comparisons between Cassie’s window-breathing and similar scenes from horror films. Combine these familiar references with Cassie’s early-in-the-season claim that she was much “crazier” than people thought, and it sure looks like we might need to prepare ourselves for the sister-on-sister showdown of a century.

What is Maddy going to do?

Despite Cassie’s earlier proclamation that she was “crazier” than Nate’s ex, Maddy (Alexa Demie), the hopelessly-in-love blonde showed that she was no match for her former best friend when Rue (Zendaya) publicly exposed her dalliance with Nate. Rather than double down, as someone truly “crazy” inevitably would, Cassie immediately cowered down and ran away from Maddy as the latter angrily yelled at her so-called “friend” about her transgressions.

So far, however, Maddy has not been given the chance to truly confront Cassie. Aside from running after Cassie and demanding that she open the bathroom door she had locked herself behind, Maddy’s true retaliation has yet to materialize. It’s quite possible that Maddy is simply over the entire situation and has no plans to seek further revenge on Cassie — especially once she finds out that Cassie has been dumped faster than she was initially picked up. But don’t we want something bigger from our sassy queen? Give me fireworks! I know Maddy has it in her.

What is going to happen to Fezco and Ashtray?

For a while now, fans have been concerned about the fate of their favorite drug-dealer-with-a-heart-of-gold Fezco (Angus Cloud). After his little-brother-cum-partner-in-crime Ashtray (Javon Walton) violently murdered their former supplier Mouse (Meeko Gattuso) with a hammer to the head, Mouse’s associate, Custer (Tyler Chase), has creepily crept around the background, seemingly plotting something to avenge his fallen partner.

Last week’s episode juxtaposed scenes from Lexi’s play with Fez’s efforts to get ready for it — a process he seemed to take quite seriously, as he very obviously sought to make a good impression on Lexi and her friends. Unfortunately, his plans to be front-and-center in the audience were thwarted by the arrival of Custer. And though Custer’s intentions were deliberately obscured, it didn’t take a rocket scientist to deduce that he wasn’t visiting Fez on friendly business. Knowing that Custer has been working with the cops — he warned his girlfriend, Faye (Chloe Cherry), to look out for herself in a past episode — it’s easy to assume that Custer is at Fez’s house as part of a planned police raid. But this is Euphoria, after all, where things never go according to plan — and given Ashtray’s keen eye picking up that something was off with Custer, it’s quite possible that things won’t go down that simply. When all is said and done, our beloved softie and his right-hand might have met a fate far more dire.

How is Laurie going to recoup the money for her drugs?

Speaking of drugs, remember the huge suitcase full of them that Rue obtained from Fez’s new supplier, Laurie (Martha Kelly)? Presenting herself as a straight-A, college-oriented student who just wanted to make some extra money by dealing drugs to her classmates, Rue convinced the drug supplier to front her the product. Of course, Rue never actually planned to sell the drugs to other people; she just wanted more for herself and Elliott, and had unfortunately run out of money to buy them normally. Laurie agreed to the deal, but for all her mild mannerisms, didn’t hesitate to threaten Rue, promising that, if the high schooler was unable to properly reimburse her, she would find another way to recoup the costs. (The implication was sex slavery.)

However, in Rue’s spotlight episode, we found out that, as her mother, sister, and friends tried to stage an intervention, they had also disposed of all the drugs in the suitcase, naturally sending Rue into a paranoid tailspin as she tried to consider what would come of her when she had no way to pay back her supplier. That storyline has quieted down since, instead focusing on Rue’s renewed interest in truly fighting her addiction. But one must assume that Laurie didn’t simply forget about Rue’s debt to her. Will Rue’s demons come back to bite her in the finale?

Is the Jules-Rue-Elliot love triangle officially over?

Though necessary, Rue’s intervention also caused a substantial fracture in two of her closest relationships. While Rue eventually forgave her mother (Nika King) and her sister (Storm Reid) for trying to help her, the recovering addict seemed much angrier at Jules (Hunter Schafer), her former girlfriend, and Elliott (Dominic Fike), her new drug-addicted friend, who both played essential roles in ratting her out to her mother about her continued drug use. Feeling sold out and betrayed by the two people she at one point felt closest to, Rue has largely avoided both people since the harrowing incident. But what does this mean for their love triangle?

Since this season’s first episode, Jules, Elliott, and Rue have flirted with each other — sometimes secretly, at other times, quite publicly. Elliott, who doesn’t like to define his sexuality, has admitted to crushing on both Rue and Jules; he even hooked up with the latter while the former was snorting lines in the bathroom, mere feet away. Though some questioned why a boy should come between Rue and Jules, Euphoria seemed to be hinting at a large reckoning between the triad (who would win in the end). But with Rue virtually out of the picture, could it be that Jules and Elliott have settled for each other? And if so, what is Rue going to make of that?

What happened to Travis?

This season opened with Maddy at odds with her former beau, Nate, and only got more intense as Nate betrayed her last inkling of trust by having sex with her best friend in the bathroom of a raucous New Year’s Eve party. The scene was played for comedy, with Maddy loudly knocking on the door while playfully teasing Nate for what she perceived as him pooping at a party.

But as she stood waiting, she ended up meeting Travis (rapper Lil Meech), who immediately took an interest in her. Though Maddy remained evasive throughout their exchange, claiming that she doesn’t “smoke random people’s weed” and rejecting a kiss from him, the flirtatious dynamic between the pair was impossible to ignore. Though she calls him “the corniest guy I’ve ever met,” she does eventually cop to knowing exactly who he is — a student three years ahead of her in school, who is also a “DJ or a producer” that had a song on the radio. As the scene concluded with the pair leaving to dance together, all signs pointed to a potential new romance. Alas, Travis never showed up again. Sure, that could be true to life. (Sometimes, you meet a person at a party, flirt a little, and never see them again.) But, boy, oh boy, given everything Maddy has gone through with her ex-boyfriend and ex-best friend this season, it certainly would have been nice to let our favorite line-deliverer have a legitimate new love interest. Maybe he’ll show back up in the season’s final hour? We can only hope.