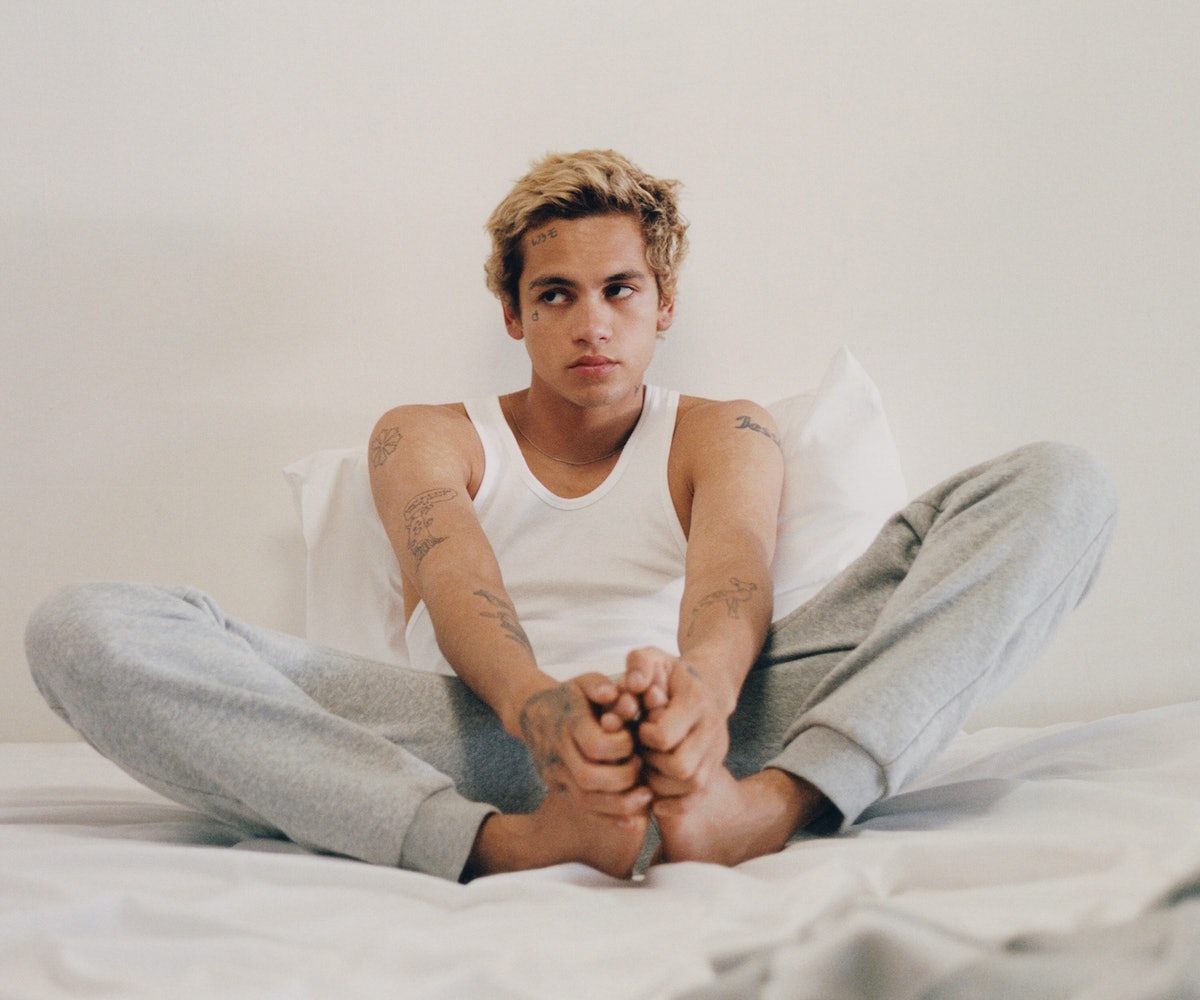 In the beginning of September, Calvin Klein returned with yet another star-studded campaign for its #mycalvins movement titled “The Language of Calvin Klein.” Lensed by photographers Renell Medrano and Hong Jang Hyun, along with videos directed by rubberband, the Fall 2021 series explores the depths and intimate realms of self-expression through both words and clothing.

The multimedia campaign stars none other than singer Dominic Fike as he daydreams aloud while biking through an empty parking lot. He’s also joined alongside Blackpink’s Jennie, Kaia Gerber, Deb Never, Damson Idris, Francesca Scorsese, and Moses Sumney, as they all freely navigate their own versions of self-expression.

Ahead, Dominic Fike spoke exclusively with NYLON about the inspiration behind “The Language of Calvin Klein” campaign, his upcoming acting debut in HBO’s Euphoria upcoming season, new music, and more.

You mentioned the concept of daydreaming in your part of the “The Language of Calvin Klein” campaign. What was the inspiration and creative process behind the shoot like?

I worked really closely with rubberband, who directed the shoot, and they kind of just let me do what I wanted for the day. It was all really natural. I just started saying whatever because they didn't give me really any direction, so they allowed me to speak freely.

Are there any items in your wardrobe that you've been loving as of right now?

In August, you announced that you're also joining the cast of Euphoria Season 2. Is there anything you can spill about your character? What was it like working alongside the rest of the cast, like Zendaya and Hunter Schafer?

Well, I’m a musician and I play the guitar. Sam Levinson, the creator of Euphoria, let me take that into the character, which was cool. Working alongside everyone was great, and everyone was friendly. I guess they got all that drama out last season, so everybody has a solid work dynamic and no one is talking sh*t about each other and being weird. It’s pretty professional. I don’t know what it was like in Season 1 but with Season 2, everyone is pretty grown up and I’m just here for the ride.

How has your journey into acting been so far?

It's been pretty cool. I say this a lot, but it's like one big long music video. It's pretty natural, plus the character is really tailored to me so it doesn't feel like acting.

Since the Calvin Klein campaign focuses on self-expression, what advice do you have for those who struggle with expressing themselves? Have you also dealt with similar struggles and how did you overcome them?

Yeah, I’ve actually been talking about this with my friend. I feel like a lot of people in their 20s focus too much on the negative. I think in everyday conversations, try to talk about sh*t that you enjoy rather than the sh*t you don’t like. I see a lot of people talk about things they hate instead of things they love, and talking about the things you love will help you to be yourself.

Is there anything fans can look forward to from you, music-wise?

Always! F*ck yeah, I’m a musician first, not an actor, so there’s always music being made. As far as my next drop, I’m not going to give any dates because I’m f*cking not. Boom!