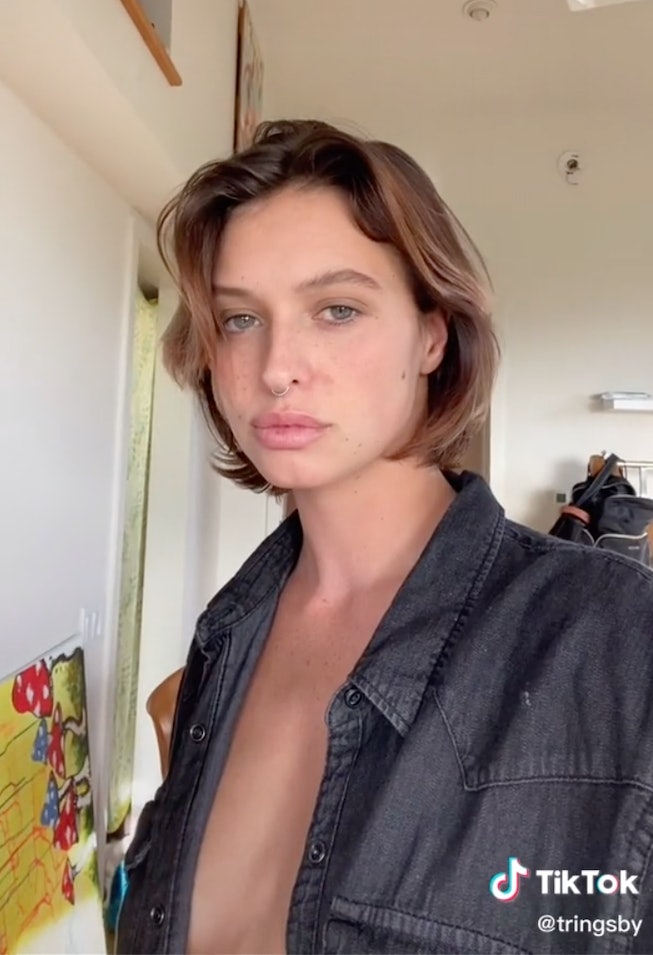 With an abundance of LGBTQ+ trailblazing creatives, queer TikTok continues to produce some of the most innovative content on the app. That’s why it's of little surprise that young people on TikTok are pushing the gender binary.

In one of the latest trends, creators are embracing fluid identity to the soundtrack of Jack Harlow’s “I Wanna See Some Ass”.

In the trend, the creators engage in an imaginary conversation where someone they’re interested in tells them they’re only into masc or femme people exclusively. They then reveal themselves with that energy, tapping into what makes them feel masc or femme.

The trend has taken off this last week and seems to have started as a way to celebrate “switches” in the lesbian community earlier this month after a similar trend took off in June. “Proof that femme/masc energy has nothing to do with clothes, hair, or sex,” one user wrote. There was also a trend “normalizing masc girlfriends in bikinis” late last month.

Some of TikTok’s most popular genderfluid creators have taken part, including Tatiana Ringsby and Alex Renee, and the results have us watching the videos on repeat.