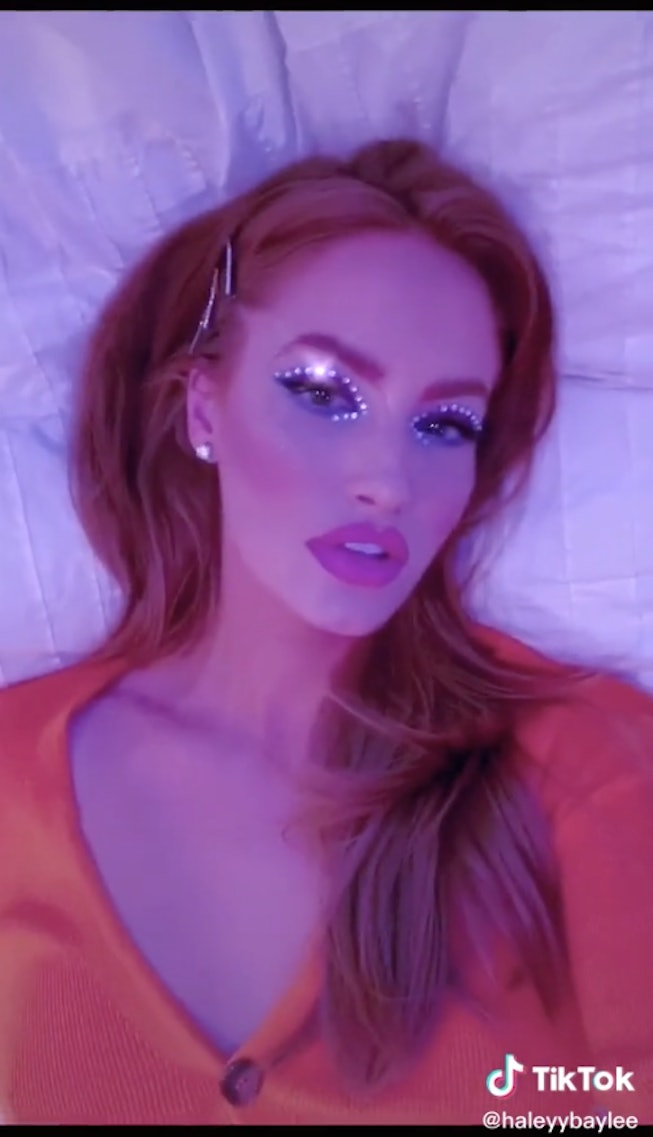 The debut of HBO's Euphoria came with an instant influence on current beauty trends. After just one season, the Emmy-nominated series left its mark, inspiring countless trends, and catapulting its stars to certified beauty icons. As fans await news on a return date for season two, some TikTok users are celebrating the looks that started it all, with the creation of a Euphoria-inspired makeup challenge.

For the challenge, users begin in their normal, everyday clothes. The challenge soundtrack begins with Bea Miller's "feel something" and then when the lights dim, Labrinth's "Still Don't Know My Name" kicks in. Singing along, participants fall back, revealing a face filled of Euphoria-inspired makeup.

TikTok star Addison Rae has already given her stamp of approval to the challenge, swapping out straight brown hair for pigtails, shimmery liner, and glossy lips, while another user added rhinestone-studded crystals and a cut-crease made of rhinestones to their routine. Most looks begin with minimal makeup and little in the way of hair preparation, which highlights the significant transformation that occurs when the lights of their TikTok video dim.

Others have chosen color over sparkle, including this participant who debuted a makeup routine compromised of bright yellow eyeshadow. This routine also chose pink lights to end the transition, resulting in a colorful sheen for the grand finish.

Get through the wait for a season two of Euphoria with some of the videos from the TikTok trend, below.