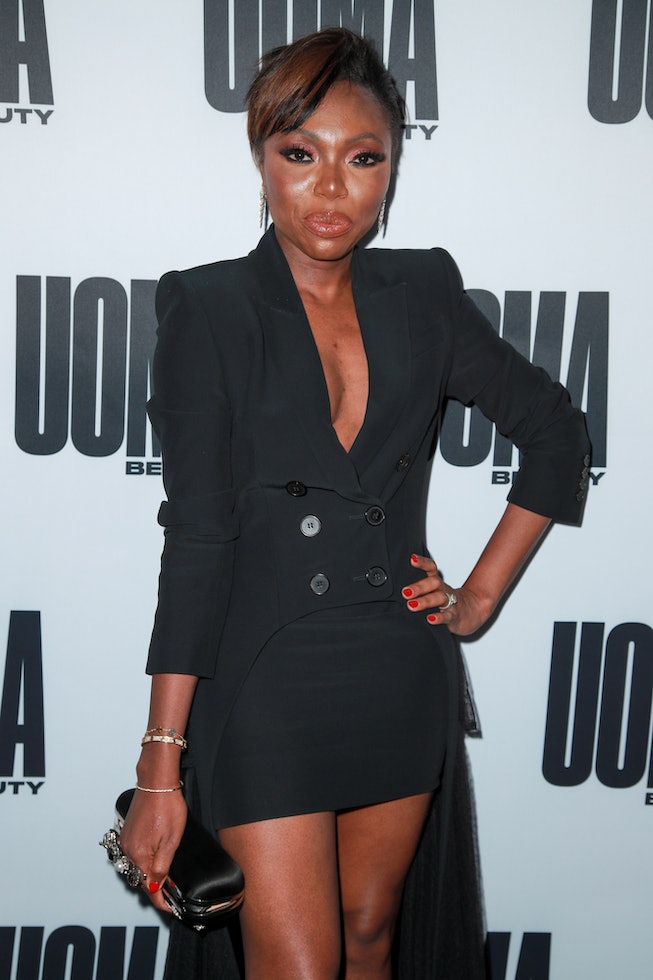 There's more to ending systematic racism than posting a Black square or sharing your social media support. When it comes to meaningful changes needed in the corporate industry, Sharon Chuter, the founder of UOMA Beauty, is calling for all companies to #PullUpOrShutUp, and share how many Black employees they are actively employing.

Nearly a week after the death of George Floyd, an unarmed Black man that was killed in an act of police brutality, and much of the United States continues to call for justice. Protests have erupted around the world, as participants call for a long overdue end to systematic racism and police brutality. And while activism continues to be a major way of showing support for the Black Lives Matter movement, some brands have made monetary donations and shared promises for fundamental change. However, Chuter has called for more, and unveiled a social media challenge on Wednesday, June 3.

Posting an Instagram video, the founder of UOMA Beauty, asked social media users and consumers to hold their favorite brands accountable, writing, "We are asking all corporations/brands who went black yesterday to release the number of black employees they have at a corporate and executive level. Show us you really mean it and you are ready to stop being a part of the system of oppression and marginalization."

Using the hashtag #PullUpOrShutUp, Chuter called for consumers to pause their spending with companies for at least 72 hours, or at least until they release the number of Black employees. As explained in an accompanying post regarding the hashtag, the number of employees should include those in leadership, corporate, and executive levels, and exclude field/retail store level employees. For brands without proper representation of Black employees, the hashtag asks for companies to explain how they plan to address this. "This is not just any specific industry, this is every industry," Chuter notes in her video. Jackie Aina joined in the call as well, sharing her own video on Instagram.

Based on a 2019 report, leadership roles in corporate America are largely compromised of whites. Released in 2019, a study Being Black In Corporate America: An Intersectional Exploration, which was conducted by the National Opinion Research Center, at the University of Chicago, found that 0.8 percent of Fortune 500 CEOs are Black, and only 3.2 percent of senior and executive-level roles were held by Black employees.

The hashtag has already received the support of some on social media, including Jackie Aina and Patrick Starrr. Aina challenged brands that she had worked with to release their numbers, writing on an accompanying Instagram post, "Be conscious that to ignore the role you have played and continue to play in depriving black people access to economic participation, demonstrates a lack of genuine desire for lasting change."

Listen to both Chuter and Aina's Instagram videos regarding the challenge, below.