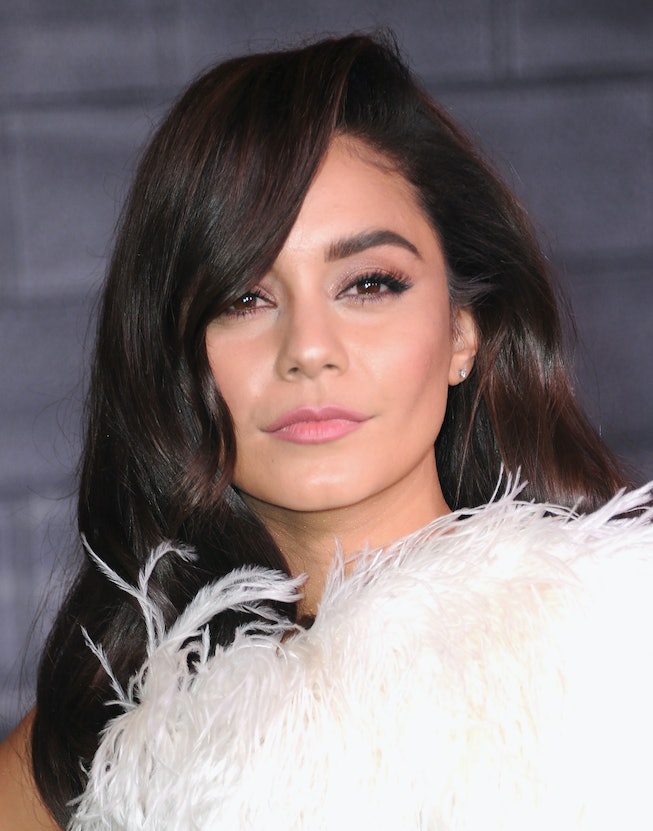 The unofficial queen of Halloween, Vanessa Hudgens, continued her scary season preparations, unveiling major October haircut. Sharing the trim with her Instagram followers, Hudgens chronicled the before and after process of bidding farewell to her once long hair.

Prior to Monday's cut, Hudgens had frequently shared snaps of her natural curls, admitting that because of the current weather, and the lockdown, she wasn't bothering with doing her hair. Despite her hands-off approach, her curls had looked as voluminous and fresh as ever.

However, Hudgens made the recent choice to get a chop, and before she went under the scissors, she paid a fond farewell to her length. "Bye hair. It's been fun," she captioned a selfie Story.

For the first photo, taken pre-cut, Hudgens's curls that extended far past her shoulders. Moments later, during her grand reveal, she shared a selfie that had her brunette hair hitting just above her shoulders. "And she's au naturale," she wrote of the photo. She later shared a selfie after the styling process, which had her previously curly hair looking straight and sleek.

According to her Instagram tags, Hudgens entrusted hairstylist Violet Teriti with the trim. The two have worked together in the past, and Teriti has also worked with countless other celebs, including members of the Kardashian family.

Every image from the cutting process featured neon green eyeliner, a recent staple in the star's beauty routine. As Halloween draws ever closer, Hudgens has continued to test out new looks, and at one point, she even wore a haunted Bratz doll beauty routine.