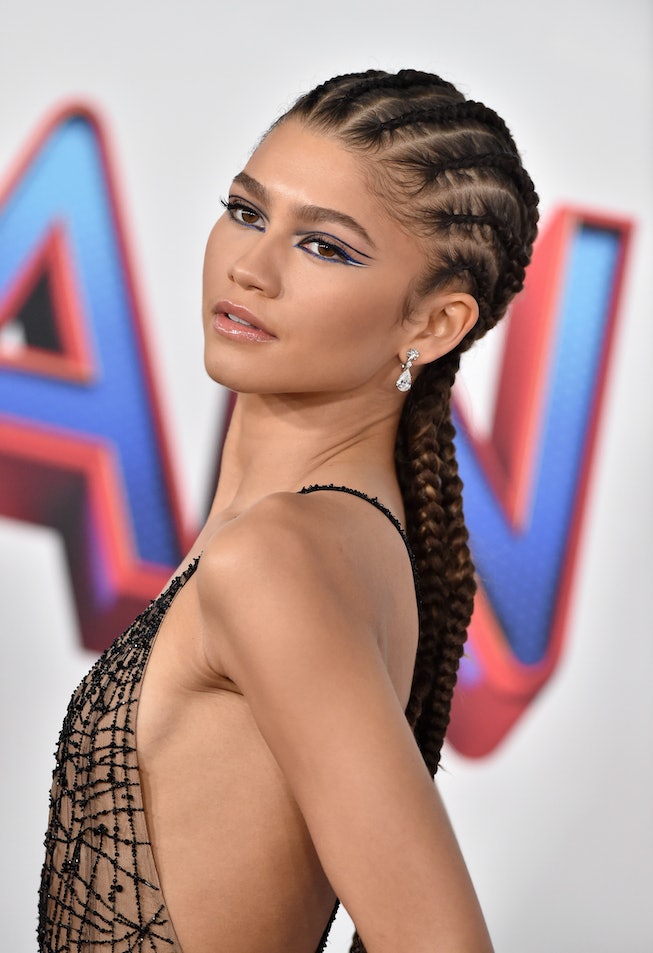 If there’s one actress whose name is on everyones lips this month, it’s Zendaya. Between her recent press tours for both Dune and Spider-Man: No Way Home, as well as the added anticipation for the second season of Euphoria (out on January 9), we’ve been getting a whole lot of Zendaya lately. But even though she appears to be everywhere, we still can’t get enough. Every public appearance has been an opportunity to take the red carpet by storm and she’s absolutely crushed the challenge with her original hair, makeup, and fashion looks. At every event, she’s had a complete head-to-toe transformation with the help of stylist Law Roach, hair artist Antoinette, and makeup artist Raoúl Alejandre.

In the past few months alone Zendaya has taken a turn with a wet-look hair, huge disco curls, full bangs, and waist-length braids, among many other fabulous hair styles. It left us wondering what the Marvel actress might be sporting in her off-time without a red carpet and hoards of photographers around her. On Thursday, December 9, Zendaya decided to give us all a peek and reveal yet another look. On her Instagram Stories, Zendaya shared a mirror selfie with a brand new, shoulder-length blunt chop in a red mahogany hue. She captioned the snapshot, “It was time for a change.”

Zendaya also tagged hair artist Sarah Shears, giving her credit for creating the new look. Shears is the master colorist at The OneEleven Lounge in Los Angeles and is known for doing creative color — Zendaya’s auburn being another excellent example. This is not the first time that Zendaya has had red hair. In fact, it seems to be a reoccurring theme when she’s embodying the spirit of Mary Jane from the Spider-Man series. (Although her character in the Marvel movies does not have red hair, the comic book character she’s named after does.) In June 2019, she also dyed her hair a fiery red during the press tour for Spider-Man: Far From Home. We’re so excited to see the bold hair color back for another turn around the third installment of the series.

Based on her track record, it will probably not be too long before Zendaya has yet again re-invented herself with a new look. But for the time being, let’s all enjoy this on trend, red moment while it lasts.