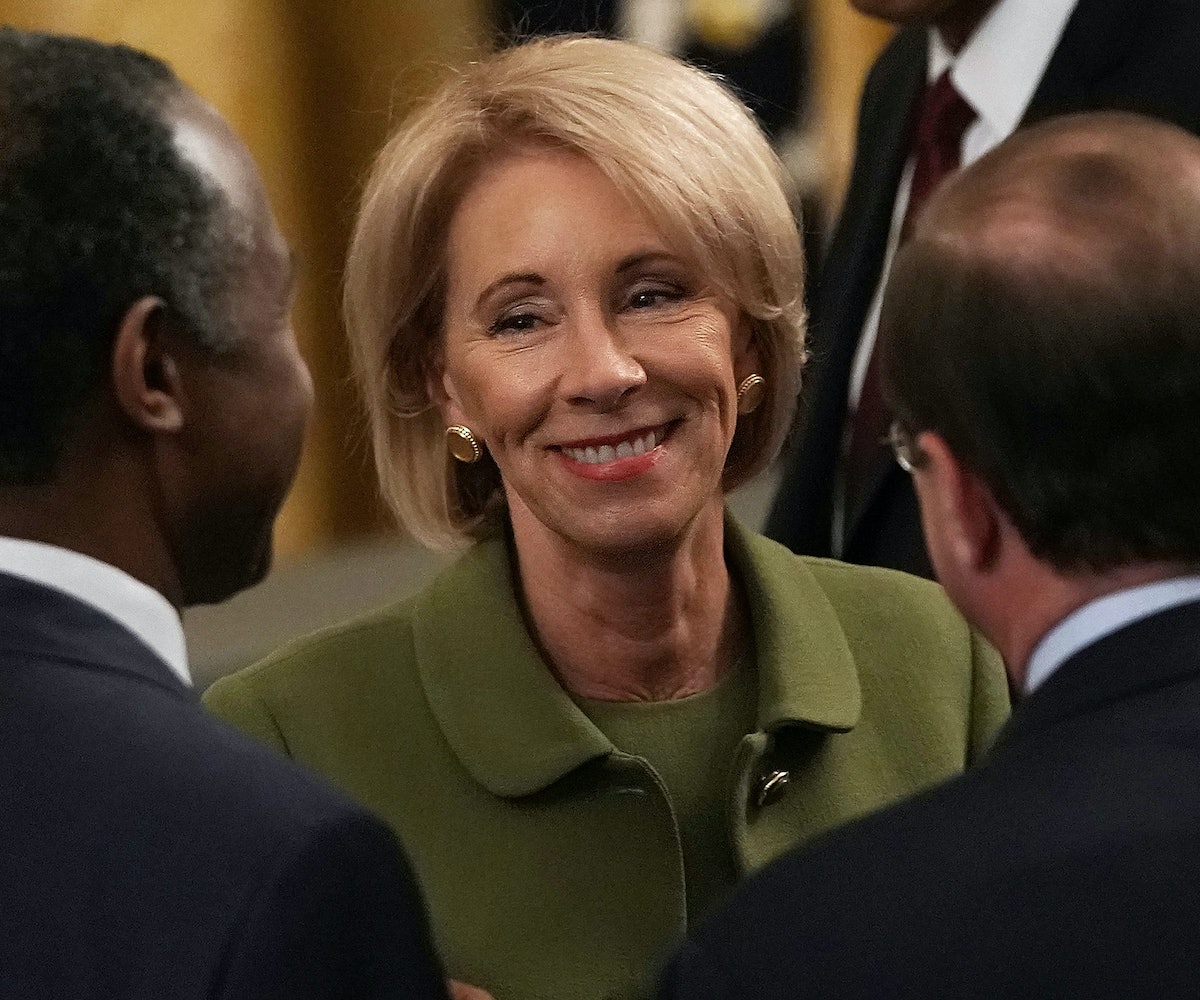 Betsy DeVos just revealed a terrifying new proposal that would drastically change the way schools interpret Title IX. BuzzFeed News reports that DeVos wants colleges to be required to hold live hearings when a student is accused of sexual assault and allow the accused to cross-examine their accuser through a third party.

DeVos has long made it clear that she thinks men have been unjustly targeted in legislature surrounding sexual assault. In 2017, she announced a plan to entirely roll back Title IX, with plans to place guidelines for how to interpret Title IX in the interim—only, until today, it was unclear exactly what those guidelines would include.

The new proposal narrows what would be considered sexual assault, and unequally requires schools to enforce the guidelines dependent on the grade level of the student. According to the report, the proposal will most likely take months to go into effect, but it's nonetheless daunting.