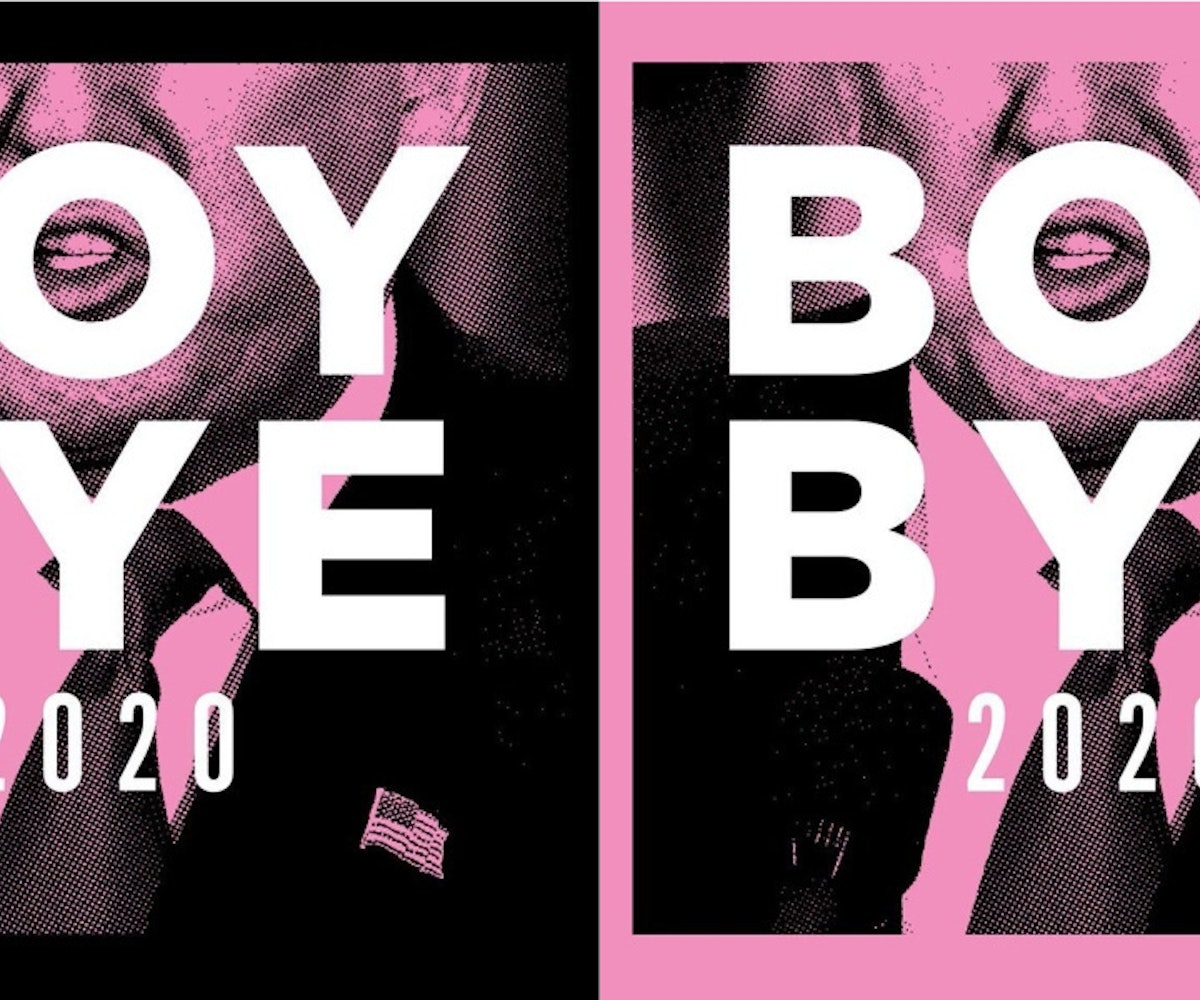 The Democratic National Committee has done it again—and by "it," we mean totally fail to understand what it will take to mobilize millions of young voters for the 2020 election.

Today we saw a glimpse of its new digital campaign, which features an image of Trump and the words "Boy Bye," a clear reference to Beyoncé's "Sorry."

It's another example of the DNC pandering to their idea of a millennial or Gen Z voter, and it's cringe-inducing for a variety of reasons, but most of all because it shows that the DNC still doesn't realize that just because young voters love memes, it doesn't mean that they don't want, you know, actual policy proposals and a plan of action to unseat Trump.

Which is why when fan account @BeyLegion shared the pink-and-black images to Twitter, people were not impressed—to say the least.

"For the love of god have ya girl send a cease and desist," writer Kara Brown wrote.

"I can connect with you with a list of digital media consultants who will, free-of-charge, give you private feedback in order to avoid losing in 2020," Charlotte Clymer wrote on Twitter.

Amber Discko put it in the simplest terms: "Hire me to delete this."

It really is amazing that the DNC actually thinks a meme will take down Trump. So it's with more than a hint of sarcasm that Twitter's discourse dragged the DNC for thinking just that. "He's done for. Good job gang," Matt Lubchansky wrote. "Oh shit why didn't anyone tell me that all we had to do was Cancel him," Pete Gaines replied.

Maybe while the Democrats are learning the very basic highlights of Lemonade they should also work on, you know, not messing this next election up like they did the last one. How about they also work on impeaching Trump while they're at it!