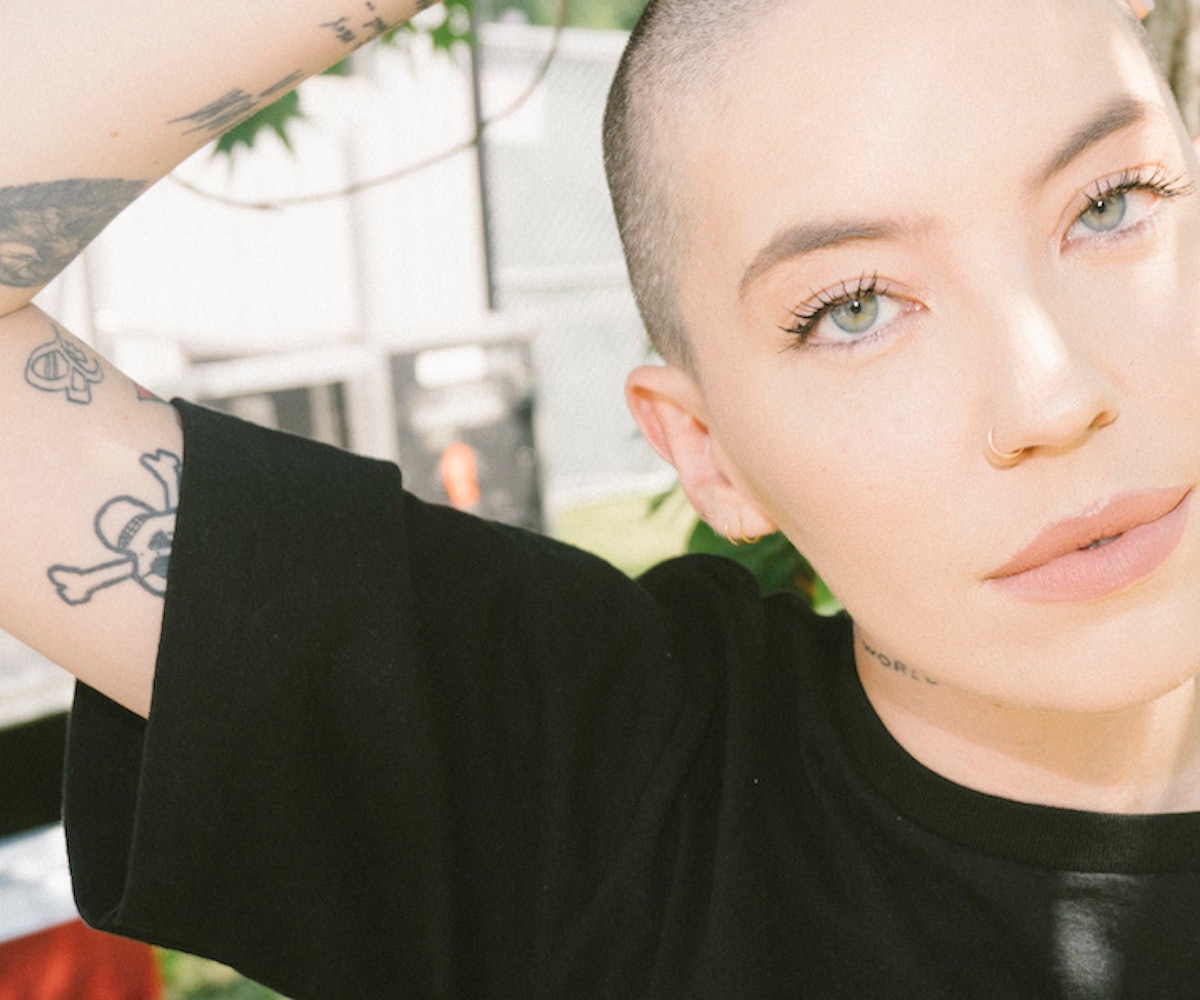 After releasing her new single "Champion" just last week, Bishop Briggs is already back with another perfect breakup song. Today, Briggs dropped "Tattooed On My Heart," along with visuals that pick up right where the last video left off. During our previous chat at Bonnaroo, Briggs broke down the inspiration behind the track.

"I had all these tattoos that reminded me of him," Briggs told us, but, "there was something about them that didn't make me sad." Rather, it was the emotions following the breakup that she wanted to capture: "There are a lot of people that can disappoint you in your life, but when it's that one person you're rooting for, it's disappointing on a different level. I wanted to write a song about that."

"Something that I've learned is that you can't project your expectations of someone onto them without them proving themselves. Because it's unfair to them, and it's also unfair to yourself," Briggs continued. In moving on, Briggs forced herself to be honest with her emotions, which is something that becomes clear on this song. "It's not about protecting the other person, but it's also not about protecting myself. It's just telling the truth, which is kind of my goal with all the music I release going forward," she said.

Briggs has shown her ex the song, so the heartbreaking lyrics come as no surprise. "On one of our first dates, we shook hands and were like, 'We're allowed to write about each other,'" she said. As for the damage done during the relationship, according to her, "he really regrets that period of time, and knew that [writing] was part of the grieving process for both of us."

Watch the video for "Tattooed On My Heart," below.